As a teacher and also a parent, I am a little perplexed by the new assessment methods that the boards are introducing. My child (as well as other children) is working on more projects than ever. I do understand that this is meant to facilitate self-learning; however I find that it is not always the case. Schools continue to conduct their tests and assignments, leaving the child very little time to do the projects. I find myself unwillingly lending a helping hand. Could you suggest ways to make projects more student-oriented where the child actually LEARNS!

The assessment system is meant to promote self-learning. However, many children buckle under the pressure because they either have tuition classes to attend, homework to do, or tests to study for. Most of the time, parents devote hours making a creative project, taking printouts or even outsourcing the project! The end in view is naturally not accomplished, thereby making the exercise rather futile and frustrating for all concerned. 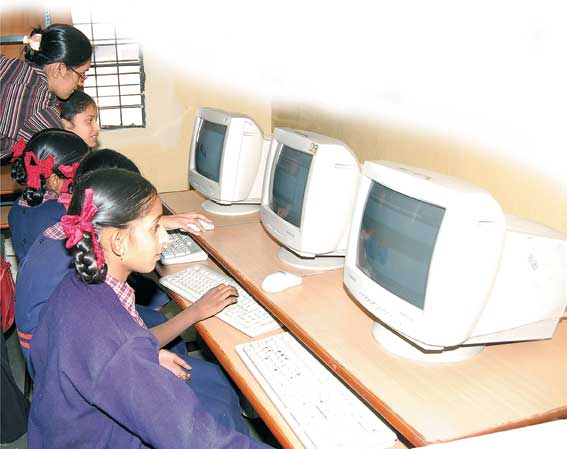 If we linked the projects directly or indirectly to the lessons, it would perhaps be more meaningful and would help children appreciate the relevance of the project. For example, if the students are reading about the world wars, then it would be interesting and relevant for them to find out not just about the countries involved, the countries that emerged successful, the defeated countries and the outcome of the war, but also the present state of those countries involved in the wars. Students could make presentations on the following topics:

A question that will naturally surface from the topic of the World Wars would be the importance of freedom to a nation and to the people. Students could talk about the concept of freedom, the writers and orators who used their language skills to defend the freedom of their nation, and the present day organizations that have been founded to safeguard freedom. These are thought-provoking issues that could trigger a lot of discussion and generation of ideas, taking the student beyond the subject matter to developing a concern for society, the country, and the world at large.

Students could make PowerPoint presentations on such stimulating topics. A print out would mean unnecessary correction work for the teacher. A teacher is already burdened with homework correction, weekly tests correction and in some cases, the correction of the notes dictated in class. A print out in most cases is merely a copy/paste routine and is of little or no value. In most cases, parents or technically savvy grandparents shoulder this responsibility. Not many families have printers, so they have to spend money on getting it printed, since some schools insist on a print out. For those who feel that students ought to handwrite it…I have heard it from the horse’s mouth that parents have been ‘trained’ to write like the child. One enterprising and rather bold student admitted that she submitted a handwritten project where only the first few lines and the last few lines were related to the subject. She was awarded a grade because naturally the teacher had no time to read what lay in between! A teacher is a human being and can only do so much in the 24 hours that she has.

The PPT would compel the student to go through the subject matter and sum it up in points. It would enable students to learn how to operate the computer effectively (other than merely play computer games!). Students will recognize that they need to have knowledge at their fingertips when they make a presentation … they cannot reel off from the slides. This will prevail upon them to really delve into the subject and talk about the interesting facets of their topic because they would not want to catch sight of their classmates yawning.

The teacher could look into aspects of pronunciation, body language and language skills of the student, in addition to the information shared. She could also comment on the listening skills of the other students. The listeners could be encouraged to ask questions. Here the teacher could focus on the language that is adopted for questioning and the tone adopted. For instance, is the student saying, “Hey, I didn’t understand that bit,” or is it more like, “Excuse me, could you repeat that part about the Berlin wall?”

It will be rewarding to see the confidence upsurge of the students by the middle of the year and the subject knowledge that they have accumulated. It will be an enriching experience for both teachers and students without much ado!

If the class is too large to allow individual presentations, have group presentations. Students will learn to share and divide the work and also work as a team and coordinate during the presentation. Each person will be doing a part of the presentation, but they will also be taking the questions from the class as a group. The team will have self-appointed leaders who will cull out the best in her colleagues. Working together towards a goal is what education is all about. Projects are not about mechanical grading, but the evaluation of learning that has taken place.