Let’s take the example of compounds. Simply put, compounds are formed when different elements come together. And each compound has a set of properties that is unique to it. For example, hydrogen and oxygen come together to form two very different compounds:

H2+O2 = H2O2 (This is a very simplified equation)
Hydrogen peroxide

Though the constituents are the same, the compounds created are completely different. We use water to put off fire, whereas hydrogen peroxide, which is highly explosive, can cause a fire! 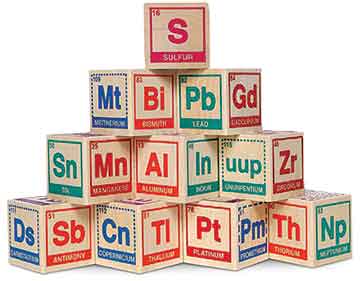 If you take away any one of the constituent elements of a compound, that compound ceases to exist. Or, you might want to play with the structure of the compound and replace one constituent element with another – that will again create a new compound. For example, carbon and hydrogen combine to form methane (CH4). However, if you remove one hydrogen atom and replace it with a hydroxide ion (OH-), you get methanol (CH3OH). The original compound (which is a fuel) and its properties then change into a new compound (which is a solvent) with a new set of properties.

Language also functions similarly if you stretch your imagination a bit. So, when we look at collocations, or words that routinely appear together in spoken and written form, we get a feeling of déjà vu. Just as two metals come together to form a metallic compound, so also adjectives and nouns come together to give us a certain variety of collocations. Similarly, a metal and non-metal come together to form an ionic compound (Al2O3) and two non-metals come together to form a covalent compound (SO2). The similarity with collocations continues here as well and in fact, there are more varieties of collocations than compounds if we go by the basic classification. And so, we have nouns coming together with nouns (creature comforts), nouns with verbs (created opportunities), adverbs with adjectives (creatively inclined), and so on. The same root create can be used to ‘create’ different collocations with different words; just like the same element oxygen forms different compounds with different elements. What is surprising is the similarity in structure despite the difference in the subjects being discussed. 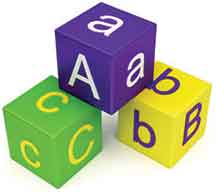 Another instance where we can draw parallels between these two subjects is with regard to alloys and idioms. From our basic awareness of chemistry, we know that an alloy is formed when a metal is combined with another substance to give us superior or different properties from those in the parent metal or substance. Take the example of steel which is formed with close to 99% iron, the rest is carbon. Steel is far more tensile and durable than pure iron which is comparatively brittle and less resistant to wear and tear. So also with idioms which are formed from different words. Just as alloys are formed with combinations of different substances with properties completely different from those of the parent substances, so also idioms give us meanings that are quite different from the meanings of their constituent words. For example, when we say someone has ‘kicked the bucket’, the individual has had nothing to do with kicking or with buckets! To kick the bucket means the individual has died.

Finally, just as the letters in English form the building blocks of wonderful words and sentences, which bring the language to life, so also it is with chemistry. The constituents of the periodic table, that is the various elements, are the building blocks of the wonderful world of chemistry. But the similarity ends there – the list of elements in the periodic table (118 at last count) is ever evolving as new elements get added to the original periodic table while the list of letters has remained static at 26. But on the personal front, the writers’ awareness of language has been evolving even though their awareness of chemistry has remained static in the past decade.

Here’s wishing you a wonderful time teaching in the classroom, be it chemistry or English – and may neither of these wonderful subjects ever be a mystery for you!