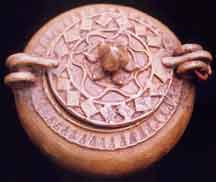 Numismatics is the science of collecting and studying coins belonging to different historical periods. The world’s earliest coins were minted around 600 B.C. Several ancient kings and queens pursued numismatics as a leisure time activity. Of course, it was, like photography, an expensive hobby.

In modern times, numismatics is regarded as a sub-specialty of archaeology and is generally taught as one of the subjects in graduate and post-graduate degree courses. Many scholars consider numismatics to be a sister discipline of epigraphy, the science of studying inscriptions engraved on ancient monuments and statues. Strangely and sadly, even within the ambit of archaeology, numismatics has consistently been accorded little importance, lesser than even epigraphy. In fact, several universities, both in India and abroad, offering degree programs in archaeology, do not teach numismatics at all. Thus, not surprisingly, numismatics has sometimes been hailed as ‘the isolated poor cousin’ of history and archaeology.

Potential at the school level
If the study of numismatics at the university level is minimal, the subject is hardly taught in primary and high school classes. Many school teachers do not know about the subject and its potential. At least at the school level, numismatics need not be taught as a separate subject but can be skillfully utilized for teaching several other subjects such as history, economics, art and chemistry.

Schools and teachers need certain basic materials or assets to use numismatic to teach different subjects. The foremost assets are undoubtedly the skill and imagination of the teacher. These assets assume added significance because hitherto coins have usually not been used as teaching aids and there is hardly any teacher-friendly publication on the subject. In addition, teachers will need the actual coins. Ancient coins made of gold and silver may be expensive for many schools. But copper and other base metal coins, of medieval and modern periods, are not too rare or expensive and can be purchased from local museums, coin societies and coin collectors. Simultaneously, the school can also build up a collection of metal and plaster-cast models and photographs of the rarer and more expensive coins. Teachers could use these visual aids for making appropriate powerpoint presentations for students of different grades or classes.

The author is a well-known archaeologist and travel-writer. He is the Tamil Nadu State Convener of the Indian National Trust for Art and Cultural Heritage (INTACH) and was recently in the U.S., studying the American system of heritage buildings preservation as a Fulbright Scholar. He can be reached at chorchu@vsnl.net.