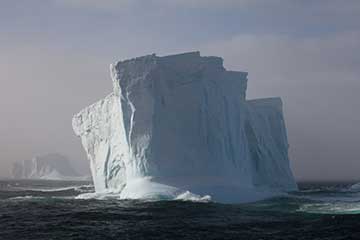 A person trying to describe the feeling of being in Antarctica, in mere words, is engaging in an act. But I, like many before me, will try to express what it feels like to be there, in the following manner:
If there was one from the herd
Amongst the liberated flight of (petrel)bird
Then my dearest you are it
A dream real, life amidst

It is important to understand that one does not see Antarctica, even when staring right at it, at least I couldn’t. Imagine being able to see the sun with the naked eye. That is not humanly possible – not yet for sure. And the same goes for the blinding white continent – Antarctica. It seems unreal; an experience not meant for a mortal. A place untouched by time and humanity, one breathes and immerses oneself in the Antarctic magic, but “seeing” is a different thing altogether. I observed whales and penguins at breathtakingly close distances, trekked over ice-glaciers, appreciated icebergs crafted by nature, witnessed the melting icebergs, walked on icefloes (moving chunks of ice), slept 100m away from the seals and saw the stars and the galaxies, was cornered by silence at Meditation Rock, saw the petrel bird walk on water, dived into the Antarctic Ocean, and experienced a lot more which I cannot express. Despite all this, one questions the “authenticity and reality quotient” of these moments. That said, all of these moments were, and still are,awfully special and help realize one fact – that the environment by far is the best engineer, architect, philosopher, designer, social scientist, economist and wears multiple hats, effortlessly and effectively. And what the environment has to say must be heard. 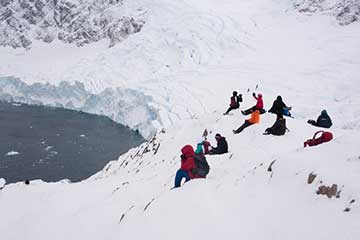 On a personal note, I’m either at a loss for words or unstoppable when thinking about Antarctica and the 2041 expedition, which I was extremely fortunate to be a part of. An expedition which led me to the blinding-white continent. Despite the loss of vision, I knew I could see.

Eighty-one participants from 26 countries were on a mission to learn about leadership, climate change and the pristine Antarctic environment. This expedition was led by Mr. Robert Swan, the first person to walk to both the North and South poles, unassisted. The walk to the South Pole was an excruciatingly painful stretch of 1400 kms, the equivalent to the distance between Delhi and Mumbai. In the process of reaching the poles, Mr. Swan has learnt a great deal, due to the unhindered listening he’s engaged in at these special places. And now he wants to make sure that what he was able to listen is heard by more of us, and that the sounds of the breaking ice shelves reaches our ears. He wants us to know that the last great wilderness on earth – Antarctica – is no place to conquer. It should continue to be what it is today – a natural land reserve dedicated to science and peace. In the year 2041, global leaders will come together to decide upon the fate of this continent, when the current 50-year long agreement that was initially signed in 1991 could be reworked, altered or even abolished. So if someone asks you why we must save Antarctica, please tell them that it comprises 90 per cent of the earth’s ice and 70 per cent of its fresh water. The numbers here are more than just overwhelming. Accelerated melting of ice could mean that large areas of the earth could submerge and vanish. This is a result of the increased carbon emissions, for which all nations and all people, including you and I, are collectively responsible for.

The only incentive to go to Antarctica would be if we could obtain natural resources at a reasonable price point. And the strategy to counter this incentive in Mr. Swan’s view is to harness more renewable energy, making it more competitive and economically efficient in comparison with non-renewable energy sources. In order to exhibit his belief with even more fervour, Mr. Swan has chosen to back his words with courageous action. He’ll be undertaking the South Pole Energy Challenge in 2016 and will walk to the South Pole yet again, but this time there are two critical things which have changed. First, the last time Mr. Swan was at the South Pole, he was 28 years old, but this time he will be 60. Secondly, he’ll be using only renewable energy products and technology to get there which is yet to be tested for extreme conditions and temperatures that can get as low as -50 degrees Celsius. This life-threatening expedition has one goal – to save Antarctica – and a call-to-action to governments around the world to pursue a cleaner energy mix with more renewable energy in it. Also, re-emphasizing that renewable energy truly works and is the most viable energy source for the future, and all other sources not in sync with the processes of nature will have to be gradually discontinued. A climate change problem exists, not far in the future, but right here and now. To further elucidate this claim, during the expedition, we experienced Antarctica at a temperature of 17.5 degrees Celsius, making it the hottest day ever in its recorded history. 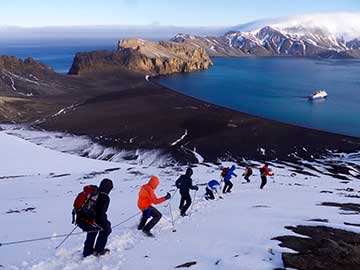 There was one extremely motivating element of the expedition, and more so if you’re an educator. Nearly 10 per cent of the 2015 International Antarctic Expedition members were educators. The 2041 team, much like the rest of the world, has tremendous faith in educators to contribute significantly in dealing with the climate challenge and in safeguarding Antarctica. Robert would often repeat these words, “The greatest threat to our planet, our survival on this planet is that it’s somebody else’s problem. It’s ours!” These words have laid the foundation for value-creating work that the 2041 IAE Alumni have and are still engaged in. Upon returning to their countries and respective institutions, teachers have undertaken innovative projects, along with their communities and students. From the creation of Education bases (E-bases) in the USA, India, and Antarctica, to the shift to renewable sources of energy for the school, educators have led and will continue to lead, from the front. 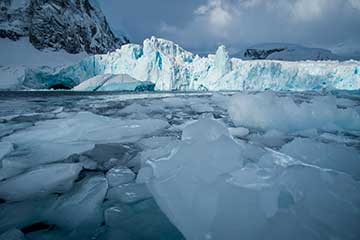 As part of one of the Educator meetings during the 2041 expedition, an essential point of Education for Sustainable Development (ESD) was raised. ESD is a global campaign launched by UNESCO to expose students to means of sustainable development during their formative years. UNESCO’s ESD comprises essential topics, ranging from understanding biodiversity to cultural diversity and many other critical issues for sustainable development. The campaign has also designed an online portal, a one-stop shop for teachers to learn new skills in order to familiarize themselves with the concepts of sustainability and share it with their students.

I wish you success in spreading knowledge, skills and values essential for sustainable development. I’m aware there is severe work pressure on educators already, but I’m confident you’ll be able to challenge yourselves and emerge victorious. Whenever you may be feeling gloomy and low on energy, think of the 60-year-old youthful man engaged in an excruciatingly painful yet joyous preparation to walk to the South Pole, again. What drives this man, alongwith his love for Antarctica is the renewable source of his energy – a poem called “Invictus” by William Ernest Henley, I will take the liberty of sharing the last four lines from the poem:
It matters not how strait the gate
How charged with punishment the scroll
I’m the master of my fate
I’m the captain of my soul!

The author is currently doing his Masters in Social Entrepreneurship at TISS, Mumbai. He’s looking forward to engaging with as many organizations and people as possible, especially school and college students to discuss in greater depth what he learned on the 2041 expedition regarding climate change, sustainability and Antarctica. He can be reached at manikdhingra@gmail.com.