“Seema is a Maths whiz. Right from Class I, she could compute much faster than her peers.” “Lalith is hopeless at studies. Even after going for tuition, his marks remain low.” Both these statements reflect a deep-seated assumption regarding children’s potential. The idea that children are born with a certain amount of ‘intelligence’, determined by genes, is ingrained in our collective psyche. You are either good at academics or not. You either have it or don’t.

Howard Gardner, the father of multiple intelligences (MI), has thankfully broadened our notion of what it means to be intelligent. By pluralizing this loaded term, Gardner has expanded our conception to include other domains such as music, dance, interpersonal relations and our ecological environment. This view opens many vistas for children who are not necessarily academically gifted, in the traditional sense. Further, by referring to musical and kinesthetic abilities as ‘intelligences’ as opposed to ‘talents’, Gardner changed the world view of many educators and parents. Earlier, a person was considered either ‘smart’ or “not smart” based on his performance in traditional language and mathematical tasks. In contrast, the MI theory helps us generate individual profiles for each child based on different intelligences, and sure enough, such black-and-white categorizations cannot be made so readily. 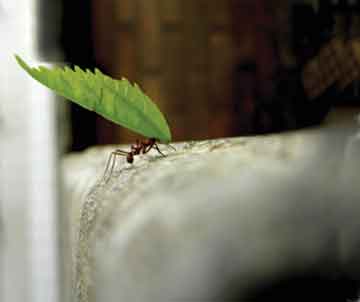 In addition to considering a child’s many facets or intelligences, educators and parents also need to appreciate that ‘intelligences’ are not static, set-in-stone abilities. Rather, they are mutable, fluid and dynamic and are responsive to external factors. Psychologist Anders Ericsson has studied expertise across many domains as varied as music to chess to typing and is a strong believer of the power of practice on any skill or intelligence. Ericsson writes that in order to achieve a reasonable level of expertise in any domain, people have to invest a minimum of 10,000 hours practicing, which roughly translates to ten years of work. Not any old kind of practice that involves mindless repetition, but what he has termed “deliberate practice.”

As a culture, we tend to prize ability and downplay effort. We feel that gifted and talented individuals have a different make-up, and hence are able to impress us with various feats, be they athletic, musical or scientific. But we don’t necessarily appreciate the amount of toil and effort that a person has put in. Thus, we should start rewarding children for their effort and not focus solely on performance. Carol Dweck, the Stanford researcher, has elegantly demonstrated in a number of studies that praising children for effort leads to a growth mindset, wherein they believe they have the potential to change. Rewarding children for ability, in contrast, puts them in a fixed mindset that views intelligence as pre-ordained and fixed. Children with a growth mindset are more flexible in how they view themselves and are thus willing to try despite the odds. Even if they fail, they are willing to learn from their mistakes and are more ready to accept challenges. Children in the fixed mindset, however, see failure as the end of the road and avoid tasks that threaten their self-image.

While educators and parents may help children appreciate the role of effort in success, we should refrain from putting undue pressure on them to practice. When children are made to work under compulsion, they may lose their internal motivation.

The author is Director, PRAYATNA, Centre for Educational Assessment & Intervention, Bangalore & Chennai. She can be reached at arunasankara@gmail.com.