The surest and scariest evidence of how much we are toxifying our spaces, resides in the 32 classrooms of a three-floors high, junior school building in South Delhi.

It is the trickle-down effect.

Several of us responsible for the young lives in our care during the day, feel secretly disturbed, concerned, and helpless. We vent to each other during break time, comparing notes and seeking suggestions on how to handle difficult situations involving children as young as 6 to 10 years. It’s a paradox that despite having the best interest of the child at heart, several teachers are struggling to adapt to the new “child-friendly” environment today.kids inflatable toys

It is not as though they did not test the waters or strain at the leash in their childhood. The difference is in the degree and scope. 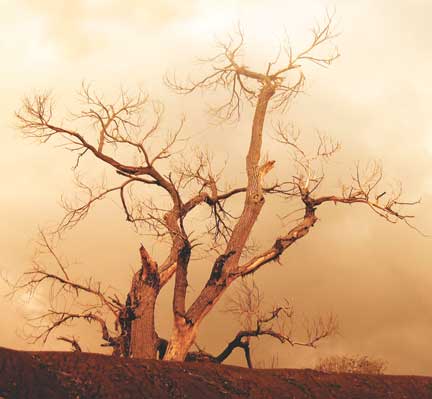 If I were to be pithy and precise: that building I speak of is inhabited not by children but by Lilliputans or small-sized adults. Issues of relationships, violent intimidation of peers, TV role play, hero worshipping of street smart behaviour, worldly wise vocabulary, acceptance of an amoral world and a mocking cynicism for the preachy old, they are all there, a dark and constant presence under the veneer of butterfly poems and assembly moral lectures.

I am tentative about this subject. I don’t want to acknowledge that devastating hunger for attention I see in class. I want to stay in denial of the tricks they use to get by in a test. I am repelled by their premature sexual awareness. Not at this age, not at this age…is the scream in my head. Though we air our misgivings in closed door staff meetings, we have also been treated to legal orientation by a child rights lawyer! It is a given that in any parent-teacher conflict, the law is with the parent. Where do you draw the line at the end of this, between being child friendly and child permissive?

There are days I have wanted to turn blind, stick my head in the sand. Is my job to keep the young happy or safe; satisfied or challenged; socially adept or primed for self-survival? I remember one session on Elocution with class 5. My plan was to initiate personal expression that day. I began by striking off things about this particular class that made me feel so proud of them. I then tossed the ball at them, “Would any of you like to come up here and tell us what makes your parents proud of you?” You could have cut the air with a blunt bat. I froze for that split second. There was a perceptible lowering of heads, shifting of gaze, and squirming in chairs. I scrambled to make amends, unsuccessfully I must admit.

Not predicting doom, schools still are, by and large, happy places. Children continue to guard their teacher’s bags with the ferocity of hounds. That smiley in their notebooks still elicits a high five. But, there are tell tale signs. I have begun to cover my keyboard when punching my password! We pat the class down more thoroughly on their way out of an activity involving magnets, linen testers or fake currency notes. Health related, gender specific sessions held in camera for class 5 are the norm. We have security related drills in place that make you wonder. We are no longer able to take what the child says at face value. There is a greater alertness and vigilance and monitoring.

Every day is a battle. The consensus is that we cannot give up. It’s a mantra that is to be repeated every day to ourselves and to each other. Cannot give up! Cannot give up! Schools have to be politically, ethically, and socially correct. No matter what the world does to our children, here, on these floors, where we call the shots, we are not endorsing anything life diminishing.

In which case, assume that there will often be the need to outsmart them. Get familiar with their modus operandi; there are tricks we have stumbled upon and do not want to spell for fear of some chutzpanik getting an idea or two. Also, bear in mind that you are not alone; there are as many tattletales in the primary as there are masterminds!

Yes, schools are a shade hot and happening these days. We either learn to stand the heat or get out.

Regrettably, I have attended more farewell parties in the recent past than I would have cared to.

Also, this school has multiples, all over and around and next door.

The author is a Resource Center-in-charge in the Junior Wing of Air Force Bal Bharati School. A teacher with a background and training in media, she has worked in advertising, documentary film making and feature journalism. Her interest lies in the role of motivation, an all-round exposure and multiculturalism in the educational increment of children. She can be reached at [email protected].