Here are three incidents that seem to be unrelated, yet there is an invisible thread that connects them. I chose to put them together because they show how teachers and students influence each other, that each invariably brings out the best in the other.

Dr. S Radhakrishnan believed that “Teachers should be the best minds in the country.” 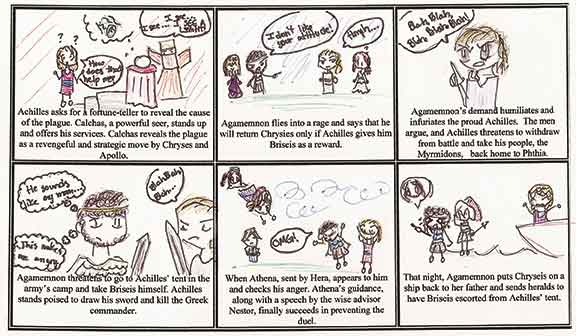 This is more than relevant in the present times as teachers today have a more difficult and challenging role to play. New research on learning motivations and styles, new approaches to teaching, new learning technologies, all impact the new skill set required of teachers in the 21st century. We now live in an increasingly diverse and globalized environment. Students need to master the 3 Cs – communicate, collaborate, and create along with the 4 Rs – reading, riting, rithmetic and relationship. Teaching is no more described as “Those who can, do: those who can’t, teach.” In the past, the system of education relied on the ‘naturals’, the ones who somehow knew how to teach.”

I had the good fortune to know someone like that. A good friend of mine, Issen Powter, (Issen Powter is a teacher from Seattle who has taught students from kindergarten to twelfth grade in regular classes and has been an educator for alternative and gifted children for the past three decades), shared with me one of the most difficult lessons she had to teach. As part of her literature class, she had to teach Homer’s ‘Iliad’ to the ninth class students. Her students just did not get motivated and found it too long and boring. She hit upon a brilliant idea to engage and involve all the students. She divided her class into heterogeneous groups (some good in art work, some with words) and entrusted them with illustrating one chapter each in the form of a comic strip. Each group expressed and illustrated the story in their unique way. Some had beautiful graphics, some had funny dialogues, some showed creativity in the way they depicted the characters but the most important thing was that all of them read the book and could narrate the story! Some achievement that! Here are some of the images from the students’ work prepared by two different groups. (Reproduced from the original)

******************
It’s interesting to note that what we learn and experience as children remains with us throughout our life. Some things are never forgotten. An interesting incident comes to mind. My son was visiting the school where I was Principal. While I was showing him around, a few students were in the corridor outside their class. In my principal’s voice, I called out sternly, “What are you boys doing outside your classroom?” My son, who was walking behind me, instinctively took a step back guiltily. It’s another matter that he was 35 years old and a Project manager in a large company in the US, leading a large team himself! Afterwards he confessed that what he did was a reflex action learnt when he was in school.

Such is the lasting impression left by a teacher. May their tribe increase.

The author is currently the Director Principal of Trinity International School and Junior College in Pune. She is also a school inspector for Indian Schools in UAE for Quality Assessment for the Dubai Knowledge and Human Development Authority and a consultant for an IGCSE School in Tokyo. She can be reached at shakun.jaisinghani@gmail.com.