Child sexual abuse in Bangalore’s schools has gained much media attention in the last six months. This has also resulted in significant changes in law and policy on the responsibility of schools towards children. The police department issued a set of 20 guidelines for all schools to comply with failing which, schools were liable to prosecution and other regulatory measures. Further, the Department of Public Instruction in Karnataka notified1 the police guidelines2 and mandated that all schools in the state put these into practice. Again, schools faced a threat of closure upon failure to fulfill these regulatory obligations. This led school management associations to litigate on the feasibility of these measures before the High Court of Karnataka. While schools regard protection of children as an inherent duty, these regulations were contested as excessive, financially unfeasible, and that such excessive regulations will lead to the creation of an environment of surveillance and distrust among the teachers and children. The High Court of Karnataka has passed orders to the effect that these guidelines are binding and that all schools should have complied with these guidelines by August 2014.3

While measures to ensure protection of children have been instituted and are mandatory on all schools, the debate on the issue needs to be recast in order to bridge the gaps in existing laws and by imagining a legal relationship of protection between schools and children. The Protection of Children from Sexual Offences Act, 2012 (hereafter “POCSO”) and the Right of Children to Free and Compulsory Education Act, 2009 (hereafter “RTE”) are the two primary legislations under which the issue of protection of children in schools can be found. Apart from these, certain provisions of the Indian Penal Code, 1860 (hereafter “IPC”) may also be enforced in order to hold schools criminally liable. 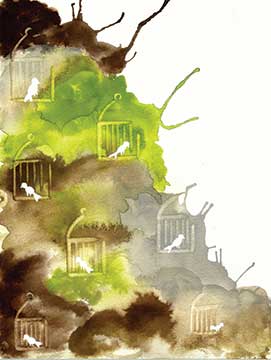 Guidelines – the problems of compliance
As discussed above, the recently issued guidelines may also be used to enforce protection for children’s safety in schools. These guidelines adopted by the city police and the State’s education department resort to technocratic measures including, but not limited to, the installation of CCTV cameras in schools, surveillance of children’s activities and whereabouts while in school, recruitment of security officers and vigilance officers. These measures require significant financial and administrative inputs from the school, which low-cost private schools may not be able to afford.

Apart from these measures, the guidelines correctly expect schools to ensure that teachers are sensitized, children are educated about their rights and that information about child helplines and child protection officers are widely publicized within the school and among children. Further, the guidelines also mandate schools to constitute child protection committees and to work cooperatively with the state machinery in case a crime occurs. It appears that these measures may be put in place by all schools despite their financial and administrative standing.

It is argued that the State must focus on putting in place the procedures that are more akin to prevention and protection of children and are feasible for all schools to implement, rather than insisting on the installation of new devices or recruitment of vigilance officers for which schools will incur significant costs. Note that penal action, such as closure of schools, may be taken against schools failing to follow any or all of these provisions. The risk here is that the technocratic measures that involve purchase of CCTV cameras and recruitment of new personnel are likely to be flouted for want of financial and other resources. The risks of insisting on such resource intensive measures will impact school fees and may result in relegating the idea of protection of children to a mere exercise of ticking the boxes according to the guidelines. I conclude this section by arguing that the focus of enforcing these guidelines must be on the provisions that seek to equip schools to educate children, sensitize the school community and protect children in untoward circumstances.

Recourse to a doctrinal approach on the duty of care – in loco parentis:
The solution to the problem of overregulation of schools and ‘un-enforcement’ of norms may lie in taking recourse to this legal principle that can guide the relationship between schools and children. Here, the “reasonableness” of the standard of care and protection of children depends on the actions that an individual school has taken to prevent child sexual abuse and the actions it has taken in the case of an incidence of this crime.4

Apart from the legislated laws mentioned above, there is another branch of law known as ‘tort’.5 Under the law of torts, the doctrine of in loco parentis states that certain persons such as educators and educational institutions are placed in a position of power, care and protection of children while in their custody as they temporarily occupy the position of a parent.

Sir William Blackstone in loco parentis first articulated the doctrine in 17696 as a rule that conferred the authority of a parent to the educator. Historically, this doctrine provided immunity to these persons or institutions in the event of their resorting to disciplinary actions against students or curbing student’s rights. However, given the fact that modern schools have taken on a new shape, the doctrine has evolved in American jurisprudence also to include a minimal duty to protect students from harm.

In the 1990s, this doctrine was widely debated in the context of the United States. There, this doctrine was first used to protect universities and schools from legal challenges against them for curbing the rights of students. However it has developed into one where schools/universities or teachers can be held liable to a limited extent for breaching this duty of care and protection.7 Further, Heufner8 has argued that schools must be held responsible for a minimal duty to protect students from harm as the relationship between a school and a child is custodial in nature. Finally, DeMitchell argues that the manner in which Blackstone formulated the doctrine involved both the authority over the student and the duty of protection.9

The doctrine of in loco parentis has not been thoroughly adopted in Indian law in relation to the duties of schools. The Supreme Court of India has not particularly adjudicated on the scope of application of this doctrine, however, there are references made to this doctrine in the area of school education in a handful of cases. One of the cases in which some of the principles of this doctrine are briefly discussed in relation to the duties of teachers is as follows:10

“It is, therefore, the duty of the teacher to take such care of the pupils as a careful parent would take of its children and the ordinary principle of vicarious liability would apply where negligence is that of a teacher.”

Need for a renewed legal approach
As it is evident, the Supreme Court has not indicated the nature of duty or the standard of care that schools must adopt while dealing with the safety of children. In the above case, the court has restricted itself to making observations about a teacher-student relationship. Further, even if one were to argue that legislations such as the POCSO, RTE, or IPC provide relief in cases of sexual abuse of children, such relief is limited. The RTE Act broadly mandates that schools must provide basic amenities, access to education and prohibition on corporal punishment of children. On the other hand, the POCSO is concerned with defining offences against children and prescribing punishment for individual offences. Therefore, these laws do not successfully imagine a legal relationship of care and protection between a child and the school. It must be noted that this absence of law and policy was one of guiding reasons for issuing the guidelines.

I conclude by stating that the legal duty that schools owe to their students must be judged by the manner in which they have attempted to prevent child sexual abuse or respond to an incidence of crime. The regulations must be streamlined to articulate some fundamental principles of this duty such as care, prevention, and protection. The Karnataka High Court can adopt a clear approach to determine the liability of a school by asking two fundamental questions – whether the school has done everything in its power to prevent the incidence of child sexual abuse? And, whether the school has protected the interests of a victim by initiating prosecution and cooperating with the investigation process? I believe that this process will prove to be more effective than a set of guidelines that create an impossibility of full compliance.

The author has been with the Azim Premji Foundation since 2011 and assists the organisation on in-house legal matters and research facilitation. She can be reached at dolashree.mysoor@apu.edu.in.