Sometime during August-September 2016 one of my friends, Vasant*, who also teaches in a University, rang me up and asked if he could meet me to discuss about teachers and assessments in schools. I was intrigued and puzzled, for Vasant is not an English Language Teaching specialist; he teaches Literature. I thought that maybe he wanted read up in this area, or needed help with a paper he had to present. When I met him I realized that his interest in this area was not academic at all, at least not in the context of professional growth. He told me that he had read my book and that is why he felt he could discuss this issue with me. He began with a very uncomfortable smile and an embarrassing “this is personal, and off record, only between you and me” statement before he began talking. This intrigued me even more; he did want to discuss something academic, but it was about his pre-teenage daughter, Chinmayi’s school experiences. She had been admitted, a few months earlier, to this public school in Hyderabad, transferred from Vijayawada where Vasant had been working. This school was supposedly an ‘excellent school” with a good reputation, which promised good results; a school which would announce every June that at least five of their students are rank holders. But Chinmayi was very unhappy there. The initial few months had been fine, but now nearly once a week she was coming home from school, sullen, sad, depressed and miserable. The usual, “So, how was school today? What did you do”, got Vasant and his wife only a shrug in reply, or a “the usual: we studied this and that; we played a bit, now I’m home… don’t bug me.” Vasant knew that this was not okay, for his daughter is a chatterbox and in Vijayawada she always had a lot to say about what she did in school, what she played, what her teacher said, etc. He therefore decided to watch and wait, but also keep asking probing questions for he knew something was wrong, but could not put his finger on it. He initially thought it was because of the transfer, new classmates, probably the lack of friends, etc. 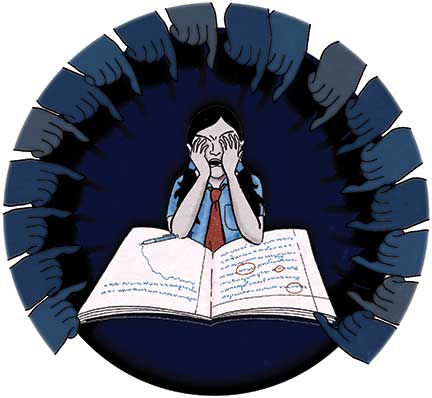 This quiet and miserable-with-herself brooding, however, continued for the next two weeks and then, suddenly, one evening, it all came to a head: Chinmayi came home crying and stated clearly: “I am stupid; I can’t study, I don’t want to go to school anymore.” She would not say anything else, and just kept crying. This was the point at which Vasant had come to talk to me. He and his wife had talked about this, but did not know what to do, for beyond that one outburst, his daughter would say nothing, except repeat those horrible words! When I heard this I was equally thrown, for I know Chinmayi, had talked to her, had visited them in Vijayawada and knew that she was a bright young girl, with a voracious reading habit and excellent language capabilities; what I remembered clearly about her was that she did not like memorizing answers and reproducing them; she preferred to understand the concepts and write the answers to questions in her own words.

Vasant went on with his tale: he told me that since he could get no answers from his daughter, he had gone to school to find out what had happened and why his daughter suddenly did not want to go to school. The teachers were not very helpful, but said that she had got ‘bad marks’ in the unit test that had just been conducted and maybe that was the reason. This was partially true, for his daughter had done badly in that unit test, but Vasant knew that one set of bad marks would not have pushed his daughter to state that she would never go to school anymore! He was convinced that there was some other problem. His daughter continued to say nothing and he and his wife were at a total loss. He had come to me, hoping that I would be able to help! I too was at a loss. I did wonder whether Chinmayi had some kind of learning difficulty, but to the best of my knowledge, nothing like that was the case. I did ask to look at her notebooks but found no problem with any of her answers or in the way she wrote. I did see that she had a few spelling mistakes, but with English spelling being so eccentric, this happens with all children. I did not see how spelling mistakes could make a child state vehemently: “I won’t go to school” and worse still, make her state: “I am stupid.” I did find that her answers (even in her homework books) were short, but they were to the point: the teacher, however, had not given full marks to any of those ‘short, written in her own words’ answers. More importantly, I noticed that not once had the teacher written a good comment in the notebook. But this was not enough evidence and did not help me in any way. I therefore asked Vasant to just sit with his child and talk to her and find out what the problem is. I went to the extent of advising him to take a few days off from work, and also let his daughter stay away from school so that they could talk about this without tension and with a lot of time on their hands.

A lot of probing and concerned questioning later, (over a period of just three days) he was able to find out what had happened, and why his daughter did not want to go to school. He realized, when he looked back at the past month and pondered over all that happened, that it was usually after a unit test, or after she had done some weekend homework that his daughter would come home and state: “I don’t want to go to school.” He therefore probed and pushed and to his horror found out that his daughter, and a few others in that class were being made to do something horrible. All those who got slightly low marks, who had written, according to the teacher, ‘wrong answers’ because they were not reproductions of the notes dictated by her, had to stand up in class and read out the ‘wrong answers.’ And to add insult to injury, every child who had made spelling mistakes was made to stand up in class and read out the ‘wrong’ spellings. Every child, and Chinmayi more than any of the others, (probably because she had transferred to a new school and was adjusting to new ways of teaching) who got a problem in arithmetic wrong had to stand up in class and read the problem and the wrong steps made and the wrong answer! 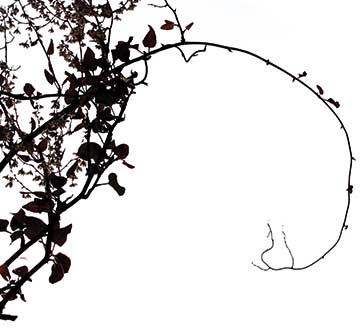 When Vasant found this out he marched off to school, very angry and righteously upset, to ask the teacher why she was doing this, and what she hoped to gain by it: he also tried telling her that his daughter was very unhappy. The teacher apparently declared that Chinmayi would get over it, that she was doing it for the good of the students and that it was a way of ensuring that these students did not make such mistakes again! She also apparently stated: “How else will the others in the class know what are wrong answers? This way, all of them know what they should not do.” She actually told him: “I can’t read out those wrong answers, can I? They wrote them, so they must read them!”

Vasant came back to see me at the end of that week with this information and when I heard this, I too was appalled and horrified, not just for Chinmayi but for all the other students in that class. The public humiliation of a child can never lead to any good! All of us are told to praise children openly, but when we have to tell them they did something wrong, to try and do it after class, so that the student is not embarrassed!

Here, the opposite was happening. It is embarrassing enough for a student to be asked to stand up in front of the whole class and read out a ‘good’ answer. But to get them to read out all their wrong answers, goes against all good pedagogic practices, against all theories of teaching and learning!

Sometime in August this year, Vasant rang me up to tell me that Chinmayi’s problems had been solved: that she was happy to go to school and was enjoying herself, unfortunately not because that teacher had changed her ‘bad’ practices, but because he had changed her school to one where alternative methods of teaching and learning are practiced. I was relieved for Chinmayi, but realized that this is only one success story. Vasant had the contacts and the ability to get his daughter admitted to a different school. What about all the others? How can a teacher believe that public humiliation will ever lead to good learning? I do not know whether this is only one teacher’s bad practices or whether this is common in that particular school, or is practiced in other schools as well. It does not matter! Even if only ONE teacher is publicly humiliating a student by making her read out wrong answers in front of a class, it is one teacher too many! Self respect, dignity and belief in themselves are what we teachers must cultivate in our students and this will never happen if any child is made to lose face in front of her classmates.