Children spend most of their waking hours in school. If they are part of the after-school activities then they spend more hours on the school premises. If both parents are working and travel on work they are only too happy to leave the children in school for even longer hours. Life goes on until something terrible happens to the children. Then there is anger, frustration and the blame game begins.

There are many newspaper reports about incidents in schools where the children were put in danger due to lack of safety measures. Yet, shockingly, no precautionary steps are implemented to make sure that the children are absolutely safe in schools. People wait for things to get out of hand and then face serious consequences for their unpreparedness.

Unsuspecting children go through many kinds of dangers in school. The moment the journey to school begins, children are put under risk. We have read about children sticking their necks or hands out of bus windows or of school vans catching fire. Bullying is common during the journey. Women escorts in school buses have not been able to stop molestation of girl students. Children even risk losing their lives during the journey to or from school. Yellow coloured buses with meshed windows are mandatory for schools. Why is it that we still see overcrowded public buses, vans and autos ferrying school children?

Infrastructural lapses
How many schools take serious steps to check their water tanks for contamination? How many ensure that the toilets are clean and have a continuous supply of water? How many schools have facilities for girls to safely dispose of sanitary napkins or make an emergency supply of pads available? Right from cleaning the water tanks to clearing the garbage or providing clean toilets is a big challenge for schools, including the elite ones. Most of the time, the management simply isn’t bothered.

These are not the only incidents; there are many more… .

Physical abuse and consequences
Let us start with the school bags. The heavy bags that students carry are testimony to the apathy of school authorities. Students carry textbooks and workbooks of all the subjects to school since the timetable may not be followed due to teacher absenteeism. The bags weigh anywhere between 5 kgs and 10 kgs. That children have to climb stairs with these heavy bags is another serious cause for worry. Directives from the education department and advice from doctors who warn that “the heavy bags will break children’s backs” have had no effect on the schools.

Inside the school, the children can face physical abuse from peers, teachers and even the principal, support staff or strangers who visit the school. It is not as though these incidents happen every day to children in all schools, but efforts should be taken to prevent such incidents.

The following narrative is an account of the ill treatment meted out to Nirmal in 1988. In 2018, he is still haunted by the incident so much that he used blogging to report the shaming he went through. This is what he has to say:
‘I was considered an excellent student in high school. Twenty-five years after I graduated, my name is still on the Honors Board in the main hallway of our school. So, it comes as a shock to most people when they learn that I was almost expelled from school in tenth grade, with a letter that made it impossible to get admission to any school…. In ninth and tenth grades, we had a Hindi teacher, who behaved like a schoolyard bully.’ The teacher ‘was not taken seriously by some of the more rowdy students. He came up with a novel method of coping with these mortifications. In every class, he would pick one or two students who were smaller than him to be his whipping boys… I was the designated whipping boy in my class.

‘On the fateful Monday, a representative of the Board of Education was in our school, grading the teachers.’ This teacher ‘got hazed by a group of students in front of the Board rep. When he got to our class on Tuesday, he walked straight up to me, and screamed, “Get out! Get out of my class!” and sent me away with a slap for the road. On Wednesday, he again came straight at me. I got up from my seat and backed away as he approached. Acting purely on instinct, I used my hand to block the slap… but my hand made contact with his cheek… I opened the door and ran down the corridor… I did not stop till I was nearly home. Luckily, my father happened to be home that day. I sobbed my story to him. He accompanied me back to the school to lodge an official complaint.

‘My father was called in. Mr. Principal told him, “We cannot have this in my school. I don’t want to hear any excuses. This is not done. Not only is he expelled, I will make sure he is rusticated.” Mr. Principal continued, “Before he leaves, send him in. I want to see this hero.” I now walked into his office quaking from head to toe, tears starting to flow. Three weeks earlier, I had become the first student ever from my school to win a prestigious prize for the school. Mr. Principal just stared at me in shock… and said, “Look at him. Such an innocent boy! You are telling me he raised his hand on you? There has to be a mistake.”

‘I never heard another word about it from either Mr. Principal or the teacher who continued to teach our Hindi class, but he never picked on me after that day…’. 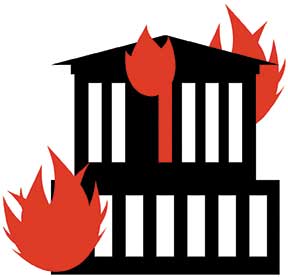 Emotional abuse and its effect are not seen or felt. Teachers are not sensitized or exposed to case studies and given guidance as to how to protect the students and themselves. Very few schools have orientation programmes for the new teachers on these issues.

Owing to lack of professional ethics on the part of the teaching community, lack of control over the students by the teachers and over the schools by the principals and in the absence of direct or clear instructions from the seniors, the new teachers simply get thrown to the wolves. It is the passionate and sincere teachers who are keen about the welfare of the students. They easily earn the respect of the students and therefore their parents. These teachers exercise restraint at erring students, have patience in dealing with bullies and respect the students’ views while being firm with them, thereby ensuring against physical or emotional abuse of the students. Physical abuse leaves marks not only on the body but also on the psyche of the student. With CCTV installed in many schools it should be easy to catch the culprits. But sadly CCTVs are not deterrents anymore.

The emotional abuse one goes through can never be seen or measured. Often, teachers, out of frustration, call students names or label them as no good or useless and the children are scarred forever. Their self-esteem takes a beating and in most cases the parents hardly know what their wards go through in school. Sometimes, children go into depression and even attempt to commit suicide.

In one case, an investigating principal asked a girl awkward questions about how exactly she was molested and the girl embarrassed by the presence of other teachers could not answer the questions. The principal concluded that there was no case. He could, by “cleverly” handling the issue this way, make sure that no parent came to complain. The victims, in most cases, are asked to keep quiet and they end up suffering in silence.

In another case, Neha of the same batch as Nirmal has the following to say:
‘…what disturbed me the most during school times was that speaking up against anyone (either teachers or other students) who was bullying or teasing was strongly discouraged and the general advice from both peers and older people was to “ignore”, “don’t talk back”, “don’t make a scene”. The attitude was to keep quiet and tolerate insults and abuse both physical and mental … harassment while going to school and inside school premises was common, my earliest memories of it is from around 5th std., and I know other girls would be teased as well – but there was nowhere to report this… somehow it became the girl’s fault for being a target and her own friends would hesitate being around her.’

These are not isolated incidents. Even today children are exposed to all kinds of dangers of being abused physically and emotionally. They are the most vulnerable lot. They get further ill-treated if they report, and so silence, at least many feel, will reduce the pain.

How unfair is that! 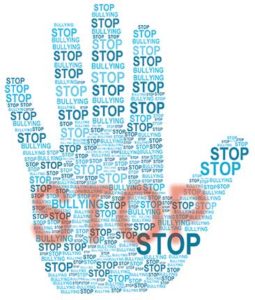 Recently, there have been incidents of teachers hitting girls. Many schools sweep such incidents under the carpet. Teachers who wish to come out openly in support of the victims are scared of losing their jobs. They end up gossiping about such incidents in trusted groups and go about attending to their duties as though nothing happened. Quietly bearing the brunt of an insensitive atmosphere, the children trundle through their school days.

Some time ago I was part of a school auditing team led by an expert and attended a course to secure a certificate on accreditation process. The school auditing involved a comprehensive look at the school – observation of classes, fire safety measures, infrastructural facilities, mock evacuation drills, interviews with staff, students’ council, support staff and the principal and finally recommendations by the team led by an expert. The whole process was thoroughly done for a week.

I was fortunate to gain so much knowledge on what a school should go through to maintain a healthy and safe environment not only for the children but for the entire school. I find that most schools do not follow the rules and regulations that are mandatory. I have recorded my anguish in my book – What ails our schools? (Patridge Publications 2013).

I can suggest many solutions based on my four decades of experience in the field of education. Here are a few:

I would like to end this article on a happy note:
On 22 August 2018, Zen Sadavarte, a 11-year old saved many lives from a fire accident in Mumbai. She used the training given by her teachers at school on how to save oneself in the event of a fire. How heartening it was to see a girl saving lives using the training from school rather than see that schools pose danger to children!

Creating safe environments
Limits of law and gaps in guidelines
Safe, not straight