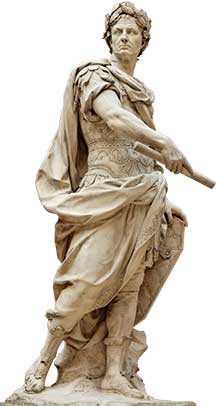 For the Romans, the New Year was ushered in by the month of March – when the long, cold and dreary nights of winter gave way to the promise of warmth of the coming spring. According to the Roman calendar then, the month that we call July now, was the fifth and not the seventh month of the year. It is not surprising therefore, that they referred to it as ‘quintilis mensis’, meaning ‘fifth month’. Unlike the four months that preceded it, the fifth month, arguably the hottest month of the year in Europe, was not named in honour of a god. In some parts of Europe, it was called ‘hay month’ because during this period, the grass became dry, enabling farmers to use it as hay for their sheep and cattle.

When Julius Caesar became the ‘dictator’ of Rome in 49 BC, corruption was rife in all walks of life; it was rampant even among the men who had taken religious vows. The length of a year often depended on the whimsical decision of the corrupt High Priest. This individual was in charge of the Roman calendar, and often, he lengthened or shortened a year depending upon those who were in public office. If the High Priest’s friends were holding office, the year was lengthened – sometimes to as many as 400 days! One of major changes that Caesar made that had a global impact was to do away with the Roman calendar. In 46BC, he replaced it with a new calendar; and, as expected, he named it after himself! It was the Julian calendar, and for several centuries, countries all over the world followed it.

The major change in this calendar was that January went back to being the first month of the year. As a result of this move, July could not be called ‘quintilis’, as it was no longer the fifth month of the year. A new name had to be given; and there are several theories as to who gave this month its name. According to some scholars, since Caesar was born in the month of July, he decided to name it after himself in the new calendar. He called it ‘Julius’. Others believe that it was after Caesar’s assassination in 44 BC that the Senate decided to honour him by naming the month after him. Whatever be the case, it is only one of two months not to be named after a God. Of course, Emperors that followed Caesar made attempts to have a month named after them, but they weren’t very successful. Nero, the crazy Emperor who is said to have fiddled while Rome burned, decreed that April should be renamed ‘Neronius’. But people weren’t impressed; they probably thought it would be ‘erroneous’ to call it ‘neronius’! When the English adopted the Julian calendar, ‘Julius’ became ‘July’.

For most people in Europe and America, the hottest days of the year are in July. They are sometimes referred to as ‘dog days’. Some people believe that the hottest days were called ‘dog days’ because this was the time when stray dogs had a tendency to go mad. But this is far from the truth. The expression ‘dog days’ has nothing to do with the animals on earth; it has more to do with the dog in the sky! In this case, Sirius, also know as the Dog Star. During the height of summer, the Dog Star rises along with the sun. The ancient Romans believed that this star added to the heat of the sun, and in the process caused the weather to become unbearably hot. The expression ‘dog days’ is a translation of the Latin, ‘caniculares dies’.

History tells us that the month of July is both a period of violence and joy. Many countries gained independence during this month – America, Canada, Somalia, Argentina, Belarus, Algeria, Bahamas, Belgium, Colombia, Maldives, Peru, etc. On 1 July 1997 England handed over Hong Kong to China. Of course, in order to gain independence, one has to fight for it. So, it is not surprising that July is also one of the bloodiest months in the annals of world history. The famous Battle of Gettysburg that turned the tide of the American Civil War in favour of Abraham Lincoln and his northern states took place between 1 and 3 July 1865. It was a bloody battle, and over 50, 000 men from both sides were either killed or wounded. It was at Gettysburg that Lincoln gave his famous speech where he defined democracy as “government of the people, by the people and for the people”. According to historians, the speech itself lasted less than two minutes and left most of the soldiers thoroughly unimpressed.

On the other side of the Atlantic, July was the month when the commoners in France revolted against their King and stormed the infamous fort of Bastille – unleashing a chain of events that would result in one of the bloodiest periods in the history of France. The dreaded ‘guillotine’ became the symbol of the movement, and needless to say, heads (mostly of noblemen) rolled. July was also the month when the first atom bomb was successfully exploded in the deserts of New Mexico.

But July isn’t all about revolution, battles, and explosions. The world witnessed some of the greatest achievements this month. The American manufacturer of planes, the Boeing Company, was founded in Seattle on 20 July 1916. (Of course, today Seattle is better known as the home of Microsoft.) Seventeen years later, in the month of July, Wiley Post created history by becoming the first man to fly around the world! Four years later, on 2 July, Amelia Earhart died attempting to become the first woman to circumnavigate the world. After conquering the skies in the course of the next 20 years, man moved on to the final frontier – space. On 29 July, the National Aeronautics and Space Administration, better known as NASA, was set up in the US; and 11 years later, on 20 July 1969, Neil Armstrong took a ‘giant leap for mankind’ by becoming the first man to set foot on the moon. 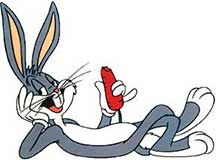 For most sports buffs, July means Wimbledon: two weeks of tennis as it is meant to be played – on grass! The prestigious event was inaugurated on 9 July 1877. That lovable rabbit, Bugs Bunny made his debut this month in 1940. A year after the atomic bomb was tested, the bikini exploded onto the fashion scene – making a big splash on all European beaches. As Bugs would say, “So, what’s up, doc?”