“Even if you are right, what will you gain by annoying the school? You want your child to stay there, don’t you? Then don’t say anything – your child is with them half the day.”

I cannot have been the only parent to receive this advice. Level headed though it was, it made me cringe. How do I state my case, how do I fix the problem if I cannot talk to the school directly? Parents worry about approaching the school to talk about problems they have with the school. Some of their worry perhaps stems from a fear of authority that schools represent. But much of it comes from the struggle to find the right approach or the right platform or even person with whom one can have a constructive conversation. And this happens both ways. Teachers too struggle to share tough news with parents. How do you tell parents that their child is annoying, uncooperative, and unreliable? How does one have tough conversations without the other side getting defensive – because once that happens it is war? 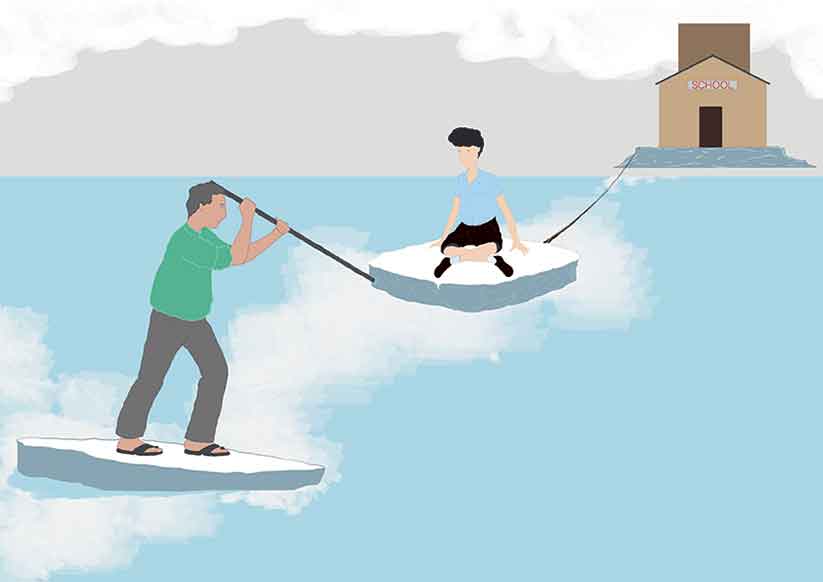 The parent-school relationship is often adversarial, when ideally they should be part of the same team. Both sides want the same thing, don’t they? Both want the student to do well. The only difference is that parents often only care about their own children and schools are supposed to care about every child – but in reality they care only about students who bring them laurels or are troublesome. Most schools and parents have realized that it is best to work together, each supporting the other towards greater achievement. There are some rare exceptions where schools partner brilliantly with parents and they stand as beacons to others. But often, one has to wonder if all is right in this relationship which should be based on mutual respect.

The school to parent engagement is not a relationship of equals. Parents often feel powerless in their dealings with schools, even as schools often feel pressured by parents. Parents rarely claim their rights as customers and schools certainly do not behave as vendors (nor should they). There is no doubt that schools are in the driving seat here – it is the school that decides what time the family will wake up, how much the child will write in a notebook, what holidays are really holidays and so much more. Schools and teachers exercise a power over parents and students that often feels disproportionate. Students, in this process, are often at the receiving end of opinions and instructions from both, it is they who have to deliver to the expectations of both home and school. It is a rare school head that is able to masterfully balance the troika of the school/teacher, the parent and the student.

In a way, schools have it much easier than parents for they are in a position to dictate, and this is reinforced by daily practice. There are a few good quality schools in India and they are much in demand. Schools have plenty of students to choose from, it is the parent who is very keen to seek admission, which gives the schools more power. The rules are also set by the schools and parents or students have no choice in these at all. Often authoritarian and disruptive, things proceed according to the will of the school. This is reinforced in many ways, the simplest of them being homework and projects. Schools lay down the tasks and the entire family jumps to obey. Regardless of the needs of their own lives, parents respond to the command of the school and deliver. The teacher’s word is final and – both parents and students agree.

But is that what the school wanted? Did the teacher set out to lay down the mandate or have we found ourselves at this pass because of ridiculous competitive peer pressure? Parents join in willingly, as demonstrated by ‘project work’, where they not just obey but also compete in ways that are often short of dishonest. For a parent to ‘help’ a child fill up a notebook, or cut out things to stick, or even commission a commercial piece of work is to tell a lie. They say power corrupts – and we see the corruption here – but who exercised it this far in this case? The work is supposed to be done by the child and is to demonstrate the student’s skill and learning levels. If on the one hand, schools pressurize students to do better, parents too pressurize schools to focus on very narrow goals. Most teachers have faced aggressive parents who only want to know where the missing marks went – to focus merely on marks is to limit the student. Here it is the parents’ power that often forces schools to focus on rote learning and climbing the ranking tables to be the ‘best’ school. Parent power is not easy to harness. Few parent associations have been successful, and if we are to be honest, they would be seen as disruptive and interfering, certainly so at first, till they prove their worth. Schools would also prefer to retain the upper hand in the relationship. It is a rare school that truly includes parents in its daily routine and decisions. 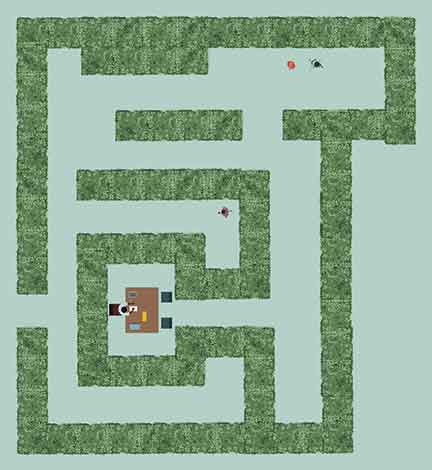 Power is a very efficient tool to resolve complex issues – and there is little that is more complex than running a school. If one sought consensus for every decision then it would take very long. It is this recognition of the need for efficient education that has let us willingly hand over much power to schools. Like it or not, many of us teachers acknowledge that there is always some power play involved in getting work done. Every teacher knows that reluctant student who has had to be taken through months of effort to be finally able see his/her own potential. Only the extremely skilled (and trained) teacher can do this without some exercise of authority. Or power.

This power imbalance often causes problems, for example in the current fee increase debate, and in the issue of school safety. In some states, the fee is regulated and schools feel the pressure of continuing to deliver to high standards with limited ability to spend. On the other hand, in places where schools have raised the fee, parents are unable to see the increase in value – but have no platform to enter into a dialogue with the schools. Individual representation is dismissed – schools have the upper hand here. If you do not want to pay the fee, you can leave. But those who care for the student know that it takes years to nurture a child and disruption might hurt the child. This fear of disruption is at the heart of the trouble in this issue. Sadly, it is not even an equal debate.

Parents then seek to compensate for this power gap by asking for more state regulation – which is the last thing either parents or schools should want. A healthy community with the shared goal of the best education for each student should be able to build a consensus on fair fees. The mechanism of the School Management Committee (SMC), which has parent representation, should be empowered to resolve such issues. School fees regulation will bind both parents and schools into structures that may not work well for their particular school. Yet, hapless parents feel this is the only way to restore the power imbalance that has crept into the relationship. The mandated SMC is not in place in most schools, and where there is one, there is little training or support given to the members to be able to be effective representatives.

School safety is another place where the imbalance is clearly visible. Both schools and parents want to ensure that students are safe at school. During school hours the school stands in for the parents – in loco parentis – in being responsible for the child’s safety. Yet many schools make parents sign a disclaimer at the time of admission absolving themselves of all responsibility for safety. Parents meekly submit – for the school has the power to deny admission. There have been numerous incidents of students being assaulted at school, yet parents are powerless to ensure, or even help bring better safety to schools. Where parents share and help to keep schools safer, it is at the will of the schools, not parents. For example, many parents accompany school buses to ensure safety. They do this willingly even if it is a burden on their working or personal lives – it is done because schools mandated this ‘parent duty’. Some schools have refused the additional burden of better safety practices knowing that this will push up costs which may or may not be loadable on to the fee. Yet parents continue to send their children to schools that have been proven unsafe.

Ultimately, teachers and parents are partners in the same journey, each wanting the best for the student. Co-opting each other and sharing the load makes it easier for the learning system to deliver its goals. Stories abound of teachers having gone out of their way to work closely with parents and help children be successful. There is little that is more empowering for a student than a supportive teacher who believes in them – and their ability to achieve. Even parents who are less literate have worked effectively with teachers to support the success of the student by watching the child engage with their work, demonstrate new skills and of course by ensuring a reasonable time and environment to work. Ultimately what is best for the students is that parents, teachers, and schools work together as a team – this will necessarily mean that each of them will have to let go a little bit. There is little room for power play in an effective team. Each will have to accommodate the other’s way of working – all to ensure that learning progresses apace.

The author is a writer, speaker and advisor on education and skills. Her areas of interest include teacher learning systems, budget private schools, education governance and grassroots evidence of outcomes. She has worked on and retains an interest in effective intervention design for institutional and national education policies. She can be reached at [email protected].