Our education system is often criticized for being a mindless imitation of the western system and is dubbed as too static and resistant to change. While the jury is still out on these charges there is a practice in the western world we are experimenting with but still finding hard to warm up to. In fact, we have a twisted version of the practice in vogue here. I am talking about the gap year.

Gap year is a year of break taken by students to explore their future options, understand more about themselves and the career path they want to embark upon. The immediate reaction to this idea here in India is a frown and a rather dismayed gaze. But we have been following our own practice for quite some time and it is safe to say that it does not achieve any of the things a gap year aims to accomplish. And by the way we don’t call it ‘gap year’, we sometimes call it ‘repeating’. 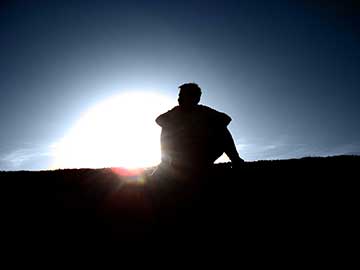 A year of rigorous coaching to prepare for medical or engineering entrance is called repeating. (This practice is so called as a first attempt at the entrance test is made along with the board exams and then a repeat attempt is made after preparing solely for the entrance exam the next time.) The practice is more common for medical entrance, and in engineering it is usually done to get into the IITs. Kerala is famous for its education model and has been a marker for other states in education related indices. Entrance coaching is a thriving business here and highly ambitious parents are their target revenue. We have read about the Chinese camps for sports where children are given rigorous practice to make them proficient in a sport. The Kerala model in this respect closely resembles the Chinese one.

Most of those who repeat would have undergone entrance coaching for two years along with their 11th and 12th classes. But the stakes and with it the mental pressure reach stratospheric levels once you take a ‘gap year’ to repeat. The coaching institutes are a self-sufficient unit with accommodation provided nearby. The surrounding houses are mostly converted into makeshift hostels and the house owners moonlight as wardens. They monitor every movement of the student and the avenues for a social life are non-existent. Mobile phones are confiscated and there is a fixed window of time during which you can make a call, usually to your anxious parents who can’t let go of the dream of seeing their ward in a doctor’s coat.

It is quite natural for the students to feel overwhelmed by all this. There is no time to stop and think about what you really want. You are spending a lot of time and effort on something you are not even sure you like. If only we had something like a gap year to cool our heads and put things into perspective!

There are success stories of students not getting on the bandwagon and thinking differently. Tanvi Kanchan (story reported in dnaindia.com, April 21, 2015) is one such. She found her calling in the content creation business by taking a gap year. Though these stories are few and far between they do provide some valuable lessons. 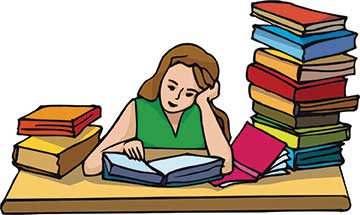 Most students are not aware of alternative career options. There is no system to make them aware of these either. So they usually go after the trend or simply heed their parent’s wishes. It is not necessary that you need a gap year to figure out what you want to do with your life. If the students are aware of their interests and talents they could be in a position to decide for themselves when they graduate high school. But it is imperative for the student to identify his/her talent and the industry scenario associated with it.

What can be done in this respect?

‘To my mind, education does not consist of passing examinations or knowing English or Mathematics. It is a mental state and if this is not present it matters little how many examinations a person has passed.’ Nehru wrote this to his father in 1912. We are still a long way away from capturing the wisdom of these words.

The author is a freelance writer with a post graduate diploma in print journalism. He writes short stories and sports articles, and blogs at Kirangandhiblog.wordpress.com. He can be reached at kirengandhi@gmail.com.