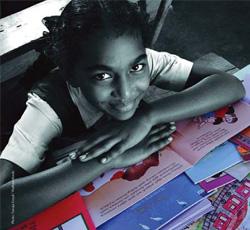 In a globalizing India, we need high-level multilingual skills, and a mother-tongue based multilingual education is the most effective way of achieving this multilingualism. This is the thesis of this essay.

In India, as everywhere in the world, children of linguistic minorities and indigenous peoples (STs) have a mother-tongue (MT or L1), and need at least one other non-MT, “livelihood language”. Besides, in post-Independence India, the medium of higher education has largely become English. Similarly, the higher reaches of the State’s bureaucracy and judiciary, as well as the private sector function (again, largely) in English. There is thus a high premium on acquiring this particular non-MT (an L2 or L3 for most Indians).

Non-functional schools
By and large, our educational system does not seem to be giving language skills even in the MT. PROBE 2006 (Public Report on Basic Education) reports that when researchers made unannounced visits to government schools in rural India, they found that in half the schools no teaching was happening on the day of the visit. Not surprising then that educational outcomes are so poor. ASER 2008 for rural India reports that only 56 per cent of Class 5 children can read a Class 2 textbook! That is, 44 per cent cannot even do that. And this is in the mother-tongue.

Notwithstanding the NCERT’s recommendations in its National Curriculum Framework, children of linguistic minorities and indigenous peoples continue to be taught in a non-MT. For them the situation is worse. Government statistics show an 82 per cent drop-out among ST students in Andhra Pradesh in the first 10 years of schooling; 73 per cent of ST women are illiterate.

Language impoverishment
UNESCO statistics show that in India, 13 per cent of the population of tertiary age are in higher education. (In China it is 22 per cent and in South Korea, 96 per cent of the population in that age group is in higher education.) These 13 per cent come out with woefully inadequate English. In the magazine Outlook (24 March 2008), one Human Resources executive reported to Anjali Puri that her company “rejects 92-93 per cent of applicants for poor English”. Another “puts the rejection rate for non-engineering graduates applying to the IT and IT-enabled sector, both in “voice” and “non-voice” roles, at 82-83 per cent, for lack of soft skills, including written and oral English. About 65-75 per cent of applying engineers are rejected for the same reasons.”

Indeed, as Puri observes, “The teachers make an important fundamental point, which I hear repeated, time and again, by teachers in other institutions. These problems have their roots in students being language-impoverished rather than just English-impoverished (that is, demonstrating a poor ability in regional languages too)”.

English-medium education
The manifest facts thus are of non-functioning schools, and to the extent that they do function, poor educational outcomes (in both the mother-tongue and in English). Trying to make up for these two deficiencies is the country’s burgeoning English-medium education system. The urgent desire for an English-medium education is quite evident (see Amit Kaushik’s essay in the ASER 2008 report) – especially among the traditionally marginalized groups in our deeply unequal society (see Alok Mukherjee’s recent study This Gift of English for one account). But the strategies proposed are mistaken – the fallacies of early and maximum exposure. Starting L2 as early as possible, and teaching as much of the curriculum as possible through the L2 does not result in effective or widespread L2 acquisition. At best, this results in “subtractive bilingualism”: an L2 acquired at the expense of L1. Most often, the result is simply language impoverishment; not being able to use either L1 or L2 adequately.

MT-education evidence
Worldwide there is overwhelming evidence for the effectiveness of MT-based education. One recent overview is the collection edited by Ajit Mohanty and his colleagues, Multilingual Education for Social Justice: Globalising the Local (2009). The essays in that volume abundantly confirm the following excerpts from the “Mother tongue first” issue of the development magazine id21 insights: 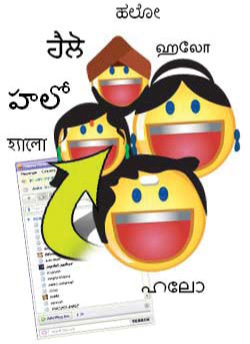 Thus, educational theory, a rights-based approach, and returns on investment all indicate the desirability and effectiveness of an MT-based multilingual education. The Mohanty volume cites examples from Orissa, Nepal and Ethiopia of successful “additive” education programs to show both their pedagogic effectiveness, and to show that even relatively resource-poor education systems can deliver more just and inclusive education.

Here, then, is the education-package distilled from the research evidence by the World Esperanto Association, an organization for linguistic human rights:

The author writes in English and Esperanto on multilingualism and education. His English blog Bolii is at http://bolii.blogspot.com. He can be reached at agiridhar.rao@gmail.com.