The guru-shisya parampara or the traditional education system, whereby a qualified teacher conveyed knowledge of the Vedas, art, architecture, philosophy, and spirituality to students, used a lot of storytelling. Stories were used specifically to serve an educational purpose.

In India, it is believed that the path of life is like a razor’s edge and the only way to avoid a fall is to follow a competent guru. The guru is viewed as divinity clothed in the human body. The guru used stories to answer basic questions about the world, life, and existence:

Stories as props for meditation
Stories often serve as tools and basis for dhyana, which means meditation in Sanskrit. According to Indian yogic traditions, meditation provides direct insights into our nature as pure consciousness liberating us from all the constrictions placed on us by a limited egoistic identity. But as the mind has a tendency to fluctuate it needs a prop to meditate. Most Indian mythological stories were created with this end in view, to provide their listeners with a narrative they could reflect on.

Indian mystics and sages as great storytellers
A great many of the Indian sages and mystics were natural storytellers. Stories became the means wherein they conveyed their special messages to their disciples and to the world at large. Through stories, they could present intuitive knowledge about the nature of the highest reality which was otherwise incapable of being understood or expressed. In modern times, Paramahamsa Yogananda, Ramakrishna Paramahamsa, and Ramana Maharishi have been great storytellers. 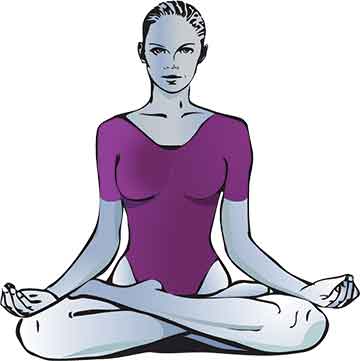 Stories and ethics
Stories take us to an enchanted land where we can let go of the mundanity of human existence, of the many disappointments we face. Folk stories allow for ‘a replenishment of energies’, wherein radical personal change and social change for the good is made possible.

Through stories, audiences learn to expand their awareness that their lives are connected to other beings. They learn to share that which they have been given. People listen to storytellers with a concentrated mind and therefore, messages and morals easily penetrate the subconscious.

Storytelling as a ritual
Storytelling was often conducted as a religious ritual with the view of bringing greater prosperity to the community through the agency of benefic divine forces while keeping away the malignant asuric ones. Puppet shows, for instance, were believed to get rid of evil spirits while inviting rain into the land they were performed in.

The narration of the Pabuji stories in Rajasthan through cloth scrolls are believed to ward of pestilent diseases.

Storytelling and salvation
There is a well-known Indian saying, ‘Krteyadhyayato vishnum Tretayam yajoto maghaihi Dvapare paricaryayam Kalautatu Kathanena’ – In the Krta, Treta, and Dvapara yugas, sacrificial rites, penance, and austerities are the only means of obtaining salvation. But in the Kalyug, salvation can be achieved merely by listening to Pravachans and Harikathas. Hence, the unabated popularity of religious discourses that combine storytelling.

Listening to the Bhagvata Saptaham, a seven day musical discourse on the Srimad Bhagvatam, is similarly believed to confer salvation on the listener.

The Srimad Bhagvatam was composed by Vyasa who was dissatisfied after composing the monumental Mahabharata. On the divine sage Narada’s suggestion, he wrote the Bhagvatam keeping Bhakti yoga as the underlying theme. The purana primarily deals with the various avatars of Vishnu, focusing especially on the Krishna avatar and his rasalila with the gopis.

The narration begins when Parikshit, Arjuna’s grandson, is cursed to die in seven days. The king listens to the recital of this purana to attain moksha or liberation from the cycle of births and deaths.

In ancient times, stories were recited and heard as a way to fulfil wishes and to acquire punya or the religious merit that would afford people a good afterlife/rebirth. Listening to certain stories was believed to confer upon the audience specific punya that would help materialize their wishes. Often specific days for reading the stories were also mentioned to maximize the expected gains. This practice acted as a key motivating factor which helped spread the storytelling culture in ancient and medieval India.

As we can see stories have been invested with tremendous power in India and this is what makes Indian storytelling special.

The author is a writer of children’s books. She has been a recipient of the Charles Wallace India Trust Award and The Times and Scottish Book Trust Jura Malt New Writer Award. She can be reached at swethaprakash18@gmail.com.