One of the biggest controversies over who owns natural resources has to do with the competing rights of tribal communities to their forest homelands and the perceived need to protect the animals within those forests. Add to this the insatiable appetite for forest wealth to fuel industrial growth, and you have an explosive situation. This article discusses the history of forest rights activism and the way in which the state has dealt with these rights. 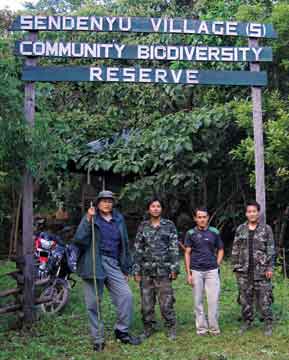 The year 2006 was momentous for tribal rights issues in India. The Government passed the “Scheduled Tribes and Traditional Forest Dwellers (Recognition of Forest Rights) Act, 2006”, or Forest Rights Act (FRA), as it is commonly referred to. The Act sought to redress injustices that tribal and forest dwelling communities had faced in relation to their access to forests and forest produce since colonial rule. Under the British, vast tracts of forests came under the management of the colonial rulers, and forest dwelling people lost much or all of their rights to these areas.

The various stages that the Forest Rights Bill went through before it got passed saw some of the fiercest debates in our country. Conservationists with strong wildlife concerns made doomsday predictions of forest destruction if the Bill were to be passed. Human rights activists favoured the Bill as they felt it would at least partly set right the gross injustices that some of the poorest sections of society have had to face.

This historic Act came into force on December 31, 2007. It recognizes individual and community rights over forest land of people who could prove that they had lived on or had been cultivating the land prior to December 2005. The Act also recognizes their rights to use, manage, and protect forest resources.