(The world – animate and inanimate – is sustained by food. Life arises from food. This is observed all around; there can be no doubt about it).

(The giver of food is the giver of life, and indeed of everything else. Therefore, one who is desirous of wellbeing in this world and beyond should specially endeavour to give food).

Food is our most primal need and our link to the soil, plants, animals, and one another. Nothing is more personal than food. Feeding oneself and one’s offspring is the first concern of all living creatures. The first instinct a child is born with is to look for food – to suckle on the mother’s breast.

In India, we inherited a tradition of providing a special diet for a mother to enrich her milk. Care was taken that the mother consumed wholesome and unprocessed food. This culture was passed down from one generation to another.

But in today’s industrialized world, food is becoming increasingly impersonal, and further and further removed from something we feel we should control. More and more people now live in cities. Information on traditional food, or how it is grown, or even firsthand knowledge what a vegetable plant or fruit tree looks like, is slowly disappearing.

The onslaught of advertising has brought a further shift in people’s minds on issues of diet, nutrition, and health. The earlier understanding of what constituted a wholesome meal is now hijacked by the food industry dangling false claims of nutrition in processed and dead foods.

Healthy food grows from healthy soils. But today, not only is much of our food highly processed, but much of it is sprayed with poisonous chemicals, and grown in depleted and dead soils. Such food inevitably loses most of its wholesome nourishing quality and taste, while a load of harmful toxins are added instead. No wonder we are increasingly confronted these days with diseases of deficiency.

Our food basket has also shrunk considerably in quality and range. While in the past, we consumed a wider variety of seasonal, fresh organic fruits and vegetables, nowadays we consume much fewer of these, or none at all, and just one or two types of grains. Nuts and seeds have virtually disappeared from our diet. 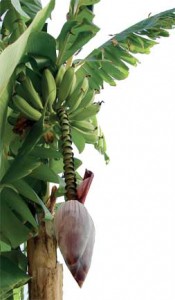 Historically, an estimated 80,000 plant species, and many varieties within each species, have been used as human food, of which around 150 species were cultivated on a significant scale. Less than 30 crops now account for more than 95% of the human diet, and just 8 crops (of very few varieties) provide three quarters of all human food.

While our food habits have changed so much, our digestive organs and processes are largely the same. Questions are often asked as to what our biological food is, or what the appropriate diet of human beings consists of. People all over the world are experimenting with many different kinds of diet. When I was a kid, I had heard of only two kinds of diet: vegetarian and non-vegetarian. But now, there are vegan, lacto-vegetarian, lacto-ovo-vegetarian, paleo, plant-based, pescetarian, flexitarian, fruitarian, low-fat, low-carbohydrate, low-protein, Fit for Life, Smart for Life… and many more!

Discussion on what constitutes appropriate food is often endless. A logical way to understand this is to look at the food of primitive people. Studies of primitive people show that when they lived in the most ideal climatic and nutritional conditions, without access to the foods of civilization, they maintained a much higher state of health. The diet of most primitive people was plants, fruits, nuts, and seeds, sometimes supplemented with seafood and animal meat. But of course, there are geographical differences with people in extremely cold climates depending more on animal food (protein).

It is variously estimated that humans started cultivating grains about 10,000 years ago, when they felt a need to store food for future security, or to acquire control over others. Over the years, grains have become a major part of our diet. This was not the case for many millennia of human ‘pre-history’, before settled agriculture, when we depended largely on raw foods provided by nature in a ready-to-eat state, without the need of cooking. Although they do not strictly constitute our natural ‘biological food’, we have adapted to consuming grains and have made them a part of our daily food intake.

Apart from understanding what wholesome and nourishing food is, we also need to understand the importance of appropriate food combinations and sequential consumption to obtain the full benefits of nutrition from our diet. For nutrition is not only about what you consume, but how much and how well you assimilate. Proper digestion and excretion are integral to the whole process of optimal assimilation.

There are some sensible eating patterns, therefore, that one needs to follow to achieve the maximum benefit of the food consumed.

Fruit should preferably be eaten on an empty stomach, as it is the easiest among foods to digest. If eaten after a full meal, the fruit sits atop undigested food, and tends to ferment, instead of being immediately assimilated by the body. The time of the day when the stomach is most empty, is in the morning. Therefore, the first food of the day should ideally be a seasonal fruit. This time of the day is an eliminative phase in the body’s bio-cycle. Since fruit requires very little energy to digest, more energy is available to complete elimination of the previously digested meal. Consuming a breakfast of cereals and eggs (before elimination is complete) redirects energy from elimination towards digestion.

As different kinds of food require different enzymes for digestion, it is better not to combine sweet fruit with citrus. If there is a desire to eat both, they should be consumed with a gap of an hour. In the afternoon, when there is adequate hunger, a cooked meal can be enjoyed. Here too, one can start with a salad and then move to grains. A golden rule is to always consume the lighter food before the denser food as the stomach digests the lighter food and can then start digesting the denser food. If the denser food is eaten first, the light food stays above this and tends to putrefy.

Another golden rule is to always eat when hungry and not according to the clock. A hungry stomach is an indication that the previous meal has been digested and that elimination has taken place. Again a common modern practice, rooted in misconception, is to eat many small meals. Here, even before the earlier meal has been digested, more work is provided to the digestive organs to start digesting the next meal. 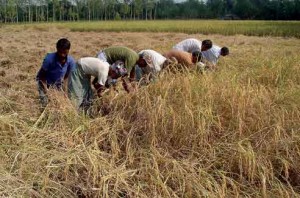 While on the one hand, we have diseases of deficiency, on the other, we have the diseases of civilization – hypertension, coronary heart disease, obesity, diabetes, and different kinds of cancer. These are actually diseases of malnutrition as the food that is consumed, is in no way nourishing the people who consume it, but tends to have a toxemic effect, diverting greater energy to elimination and damage control.

America is now facing an epidemic of such malnutrition. Americans are eating and drinking, in a big way, processed and high-calorie-low-nutrition foods from chips to sodas to burgers, commonly called ‘SAD’ – Standard American Diet. One fourth of all Americans eat a meal from a fast food joint at least once every day!

A frightening trend in many Indian cities is to go the American way. We see here as well, a rise in the so-called diseases of civilization among many Indian city dwellers. Children as young as 12 and 13 are diabetic and obese and many have issues with their eyes, kidneys, lungs, and liver.

It is barely 50 years since modern agriculture has been a part of our lives. And with the mounting use of toxic chemicals, we now witness spiraling damage to our farm soils, eco-systems, and human health.

So when chemical farming claims that the yield increases with chemical fertilizers, it should be known that the increase in “yields” of empty mass does not translate into more nutrition. The modern, industrial method of mono- cultural farming with chemicals also eats deeply into the ‘ecological capital’ – of soil fertility, ground water, biodiversity, etc., – essential for sustained farming. It thus, amounts to stealing from future generations.

While modern industrial farming claims to have produced a huge surplus of food, over a billion people go to bed hungry or undernourished each night, because the food is unavailable or too expensive for them. So the whole purpose of opting for this kind of agriculture, which claimed that it would feed every man, woman, and child is defeated. Not only has it ruined our soil and plants and the health of living organisms but created a more unjust social and economic society. It has thus failed to feed even the poor of the present generation.

Wisdom lies in returning to those food habits that sustained us for generations. We need to not only return to consuming whole unprocessed foods, but also to return to our traditional agricultural systems that were sustainable. As most of our forests have disappeared, we are dependent for our food on the agriculture that has sustained us for generations. These systems nurtured the soil on which food was grown and in turn nourished its people.

Now, there is work to do here and some choices to make.

The choice lies with us whether to continue on the path of unsustainability – let our soils die, fill our bodies with synthetic chemicals, bring about deficiency diseases, use up our fossil fuels, pollute our air and water – or, usher in an era of sustainable culture and practices.

Many concerned people who wish for such change often give up struggling against the system since they believe that as powerless individuals, they cannot win. While it is not possible with everyone to directly protest against wrong policies, there are other forms of protest and action that can bring about change.

Change can come about in the form of the micromovements among people who feel they are ready for such change. It can come from farmers who can reject chemical farming. If this number grows and many more stop purchasing synthetic agro-chemicals and GM seeds, the manufacturers of these products will have to shut down. It can come from educators who can sensitize people informing them about sensible consumer choices.

It can come from consumer groups who can form farm-city links with organic growers to encourage organic farming and provide a ready market for such produce. Reading more about the benefits of organic farming and spreading the word is what we can all do. We can sign and send petitions to the government that we do not wish to poison our soil and earth and our children any more. When more and more people gain awareness and demand that they want to see change, perhaps, the government will stop giving subsidies to chemical farming and instead give incentives to organic and natural farming. After all it is our world and how we live in it and what becomes of it is in our hands and is determined by the choices we make.

The author is a health seeker interested in health and healing and the connections between food and health. She has a publishing activity, Earthcare Books, which publishes books on environmental issues and sustainable development. She can be reached at mansatavinita@yahoo.co.in.