Before RtE, I did not think that it was a ‘big deal’. I was of the view that the right to education, even if not articulated in that manner, was already a constitutional obligation of the State and there was moral pressure on the State to expand and improve its provisioning of schools. I felt it was basically an NGO driven agenda. However, in the course of the arguments that have flowed around the RtE, and the manner in which especially the State has responded to ‘gearing up’, I realize that it is important and has sharper teeth than I imagined. It has given the constitutional obligation the necessary bite; at least from all indications within the government so far, there seems to be a discussion of gearing up to the implications of the RtE.

The alternative schools constitute spaces for creative and nurturing curricula and teacher development; many of them were able to exist outside the fold of the State’s purview on account of its negligent attitude towards education of all children. The RtE has not radically reconstituted the issues that led groups and people to create and choose the ‘alternatives’ to the mainstream in the first place, i.e., the issues of inadequacies in curriculum and teacher education. On the other hand, it has sharpened the consequences of such inadequacies, by requiring the State to take responsibility for the education of all children. Today, after the RtE, the State cannot continue to remain unconcerned about what happens in the name of education, both in its own schools as well as in schools run by others. As a consequence of this, alternative schools find themselves paradoxically judged ‘inadequate’ or ‘less than ideal’ – surely there must be a contradiction somewhere. 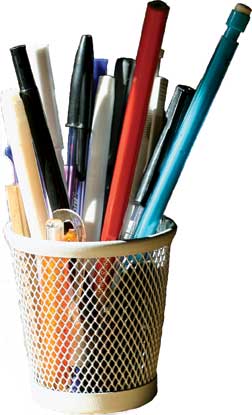 The alternative schools feel the ‘bite’ of RtE on account of three of its regulatory aspects: infrastructure norms, ‘common curriculum’ and teacher qualification. The norms in question regarding infrastructure are reasonable, and one cannot dispute that children should enjoy such infrastructural facilities in any school. This is an enabling condition for quality and all schools should aspire to provide these. Many alternative schools work on very low budgets and tight funding. Given these norms, the onus is on the funders if they support alternative schools because they believe they are serving an important purpose, then they should extend support and enable them to develop these facilities for children.

The RtE calls for a common National Curriculum Framework – akin to NCF 2005. It calls for all schools to follow a common curriculum. It does not call for standardization, and there is no reason to believe that it will compel us to work with standardized curricula either. There are already alternative schools which are affiliated to State and Central boards and that has not come in the way of innovating in the arena of curricula. But this does draw attention to a fundamental problem within the manner in which states have approached the question of curriculum. They have equated curriculum with syllabus and with textbooks. Most state bodies treat the requirement of common curriculum to mean following the standard state textbooks. There is no reason for this to be the case. Many alternative schools were born in reaction to this standardization, and the negligence of the State allowed institutions to come up outside of regulation. The NCF 2005 has argued for how a given curriculum can be met through numerous paths. Alternative schools need to engage with states to compel them to define and open up such alternative paths, including those that give schools and teachers more autonomy, exercised responsibly.

This is in fact an old issue, and has been around for three decades or more; perhaps it is even the issue at the core of alternative schools. The problem has not been created by the RtE. However, the context of RtE makes this engagement with the State on this issue unavoidable. This is a very important battle to be fought. Potentially, the RtE context enables us to fight it better, because it does now provide us with a formal means of doing so. After all, it calls for a common curriculum, not for common textbooks, and we must engage with the State on the import of this difference.

It is true, that after RtE, schools like the alternative schools are more formally ‘unrecognized’ – they always were, but this status is ‘illegal’ now, and in order to continue to function as schools, they will have to be ‘recognized. Earlier the alterative schools could exist without recognition, on account of State neglect. Now that there is a law that compels the State to give up this state of negligence, we need to identify the real nature of our quarrel. It can’t be with the law that makes the State vigilant, as it should be – our concern could be, and should be, with the form that the vigilance takes in practice. Earlier alternative schools were able to sidestep the poorly developed quality of State education systems – inspections, regulations, etc., but now we will not be able to ignore them. Our differences will matter more, but will have to counter and interact and react and respond to the ways of the State. The RtE has not made the State more ham-handed – it already was. But the RtE has made it difficult for us to sidestep this ham-handedness, because now we will be affected by it.

What is the solution? To my mind, it is not in continuing to allow spaces called school to remain ‘unrecognized’ and ‘unregulated’. The fact that we deal with children does require us to submit to a system of public accountability – which is what systems of regulation are intended to be. There is no reason to believe that the principles that alternative schools stand for, especially with regard to nurturing children, will be compromised in the process. But we do need to deal with and reform the blunt and ham-handed instruments of regulation of the State.

This is time consuming work, and we will need time and patience and resources to deal with this. I feel that the real problem facing alternative schools is not the RtE per se, but the fact that the RtE requires us to interact with the State in a much more engaged way. This is often time consuming and maddening, thankless work. It is possible that we feel we have enough to do as it is, and we cannot spend more time on this; we may think that this is something that we feel we do not want to waste our time with or that it is someone else’s job, and not our own, etc. If only someone would just do it! This is an area of reform which would benefit not just alternative schools, but the entire Indian schooling system.

The Indian State is basically a colonial state, a long time in service of elites, and it is poorly designed to nurture and respond to peoples’ participation and democratic engagement or to address the needs of the poor. This is readily visible in the fact that many of the State-run schools themselves don’t meet the norms – regarding both infrastructure as well as teacher qualifications – recommended by RtE. But this fact does not invalidate the norms themselves. It only emphasizes the mismatch and the need for the State to invest more in improving the quality of its schools. The RtE seems to be able to put pressure on the State to commit to provisioning, out of fear of the law if nothing else.

The State today is under neo-liberal pressure to turn to ‘public private partnerships’ to develop the social sector, and meet the needs of the poor, and private providers too challenge the need for norms. In these circumstances, the RtE is something of a miracle – difficult to explain how it was pulled off! In spite of its shortcomings, it is not deeply flawed. It is capable of supporting the delivery of progressive reform in education. In other words, like all policy, it is not a pudding made – but it can be made into a ‘progressive pudding’ that supports social equity through the spread of quality education. It has to be worked to deliver and its basic design will support this. The RtE is historic progressive legislation and it is commendable that it has taken the form that it has. It will achieve its progressive promise for India’s school education, when we make it work for the ‘alternative schools’.

The author was a member of the National Steering Committee of the NCF 2005 and is Professor and coordinator of the MA Education (Elementary) at TISS, which is a dual mode programme designed to contribute to strengthening Elementary Education. She can be reached at psarangapani@hotmail.com.