Did you know that the original Roman calendar consisted of only ten months? March was the first month of the year for the Romans, and December, the last. January and February did not exist, and when they were finally included, they were tagged on as the last two months of the year. The Romans viewed the final stages of winter as a ‘monthless period’. They believed the only worthwhile thing one could possibly do during these two cold and lifeless months was to purify oneself by atoning for the sins that one had committed during the year. This probably explains how February got its name. It comes from the Latin ‘februum’ meaning ‘purification’; the month was named in honour of Februus, the Roman god of Purification. On the full moon day of this month, the Romans performed animal sacrifices to please their ancestors and spent a lot of their time praying.

With February being a month when it snows heavily in many parts of the northern hemisphere, it is not surprising the name given to this month in most European languages is rather uninspiring. In Old English, it was called ‘solmonath’ meaning ‘mud month’ – when the snow started melting, it left the roads muddier than usual. The month was also frequently referred to as ‘Kale-monath’, meaning ‘cabbage’ month. In Polish, it was called ‘luty’, meaning the month of ice and hard frost. In Macedonian, February was the month of ‘cutting wood’. When the weather is cold and the roads muddy, I guess the sensible thing to do is to stay indoors and make an attempt to purify oneself – the Romans, as always, had the right idea. 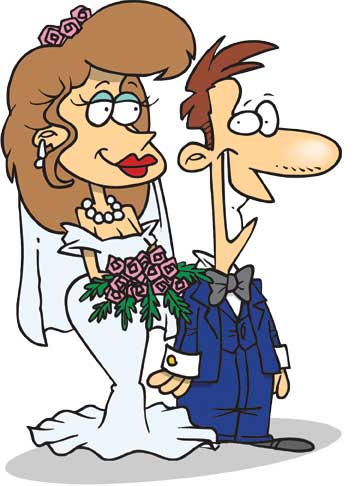 ‘Mud’, ‘cabbage’, ‘frost’ and ‘chopping wood’ are not the kinds of things that one normally associates with the silly season. For the youngsters of today, February spells romance. 14 February, better known worldwide as Valentine’s Day, is the day when young couples declare their undying love for each other, and spend money on syrupy cards and heart-shaped chocolates. But what about the old fogeys, the wise souls who are much married and have realized that all heart-shaped chocolates in the long run melt, and the consumption of anything syrupy puts one at risk of diabetes? Does February have anything to offer to these wise owls? Believe it or not, the month does provide for those who have been to the school of hard knocks an occasion to celebrate. The Sunday closest to Valentine’s Day is usually celebrated as World Marriage Day – it is the day that “honours husband and wife as the foundation of the family, the basic unit of society. It celebrates the beauty of their faithfulness, sacrifice, and joy in daily married life.” It is obvious that the day is the invention of someone who has never been married! The ‘joy in daily married life’! Are you kidding me? If one were to celebrate this day, it would be like having two wedding anniversaries in a year. One is more than enough, thank you!

For teachers, February is an important month for it celebrates ‘language’, the instrument which we are all dependent on to get our information across. Since 1999, 21 February has been celebrated across the globe as International Mother Language Day. It is an occasion when one hears different mother tongues being used, and people become aware of the different varieties of language spoken on planet Earth. The celebration of this event is believed to help promote multiculturalism – a concept that we Indians are all familiar with. In its earlier avatar, this day existed as Language Movement Day. The movement was started in Bangladesh in 1952 when this country was a part of Pakistan. When Pakistan gained independence in 1947, Urdu was declared the national language. This did not sit well with the people in East Pakistan, the majority of whom spoke Bengali. The dissent resulted in the Bengali Movement protests. The agitation sometimes turned violent, and one such incident in 1952 resulted in Pakistani soldiers shooting and killing many students from the University of Dhaka and the Dhaka Medical College. This massacre led to the creation of the Language Movement Day. 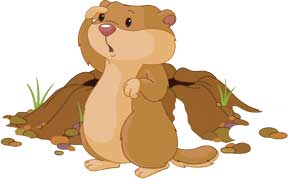 For those of us who are interested in Hollywood films and are fans of the quirky comedian, Bill Murray, we will always associate this month with Groundhog Day. It’s an event mostly celebrated on 2 January in the northern parts of the United States. After three months of a dark and cold winter – November, December, and January – people are dying to know when the weather will change for the better. They want to know when the long-awaited spring will make an appearance. To answer this question, people don’t turn to meteorologists, but to a relatively large rodent – a groundhog. According to folklore, when the groundhog emerges from its burrow, if it is relatively cloudy, then chances are spring is just around the corner. If, on the other hand, it is bright and sunny and the rodent sees its own shadow, it is an indication that winter will continue for another six weeks. In places like Punxsutawney, Pennsylvania, the event is an all-day affair and is celebrated on a grand scale. Speeches are made, entertainment and food are provided; fun is had by one and all.

Since I began with the Romans, I might as well end with them, I guess. In the opening paragraph I had said that for the Romans the month of February was one of purification. This, of course, doesn’t mean they spent the entire month atoning for the sins they had committed. February 13-15 was earmarked for the pagan festival of Lupercalia; a festival well known for its wild orgies. It would begin with the men making sacrifices to the gods – in this case, each one would offer a goat and a dog. The men, by now usually naked, would then consume lots of wine and then proceed to skin the animals they had just sacrificed. Once this was done, they would use the blood soaked hide to whip any of the young women who had lined up hoping to be hit. The Romans believed that woman hit during this festival would become very fertile. Later, the priests or ‘Luperci’ used the hide to cleanse the ground. Some purification, what?