“Hundreds of years in the future. It could be computers. Looking for life on earth.” – Twisted Logic by Chris Martin

Humanity is different from the rest of the life forms on Earth. This is because we can be proud of our accomplishments so far. We have successfully tamed wild beasts, conquered landscapes, gone under the ocean and landed on the moon. No feat seems impossible for man and as a result, a growing arrogance has consumed the species from the inside out. Negatives have started to outweigh the positives as we are starting to forget about our home planet in search of more knowledge or absolute greed. The weather pattern keeps changing and complications like global warming surface as a result of our actions. 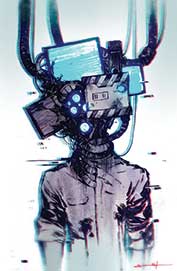 The digital age which started from the 1950s gave birth to the modern computers and the Internet; thereby becoming the final frontier for humans to achieve the pinnacle of their desires – to create life forms in their own image and become God.

So humans said, ‘Let there be life’, and there were robots.

Robots became a reality in 1948 in Bristol, England. By 2017, they have managed to lower human labour by a significant margin in most countries as they show their efficiency in many industrial sectors. Predator drones, which are unmanned aerial vehicles (UAVs) routinely carry out search and destroy missions over terrorist infected areas of Iran or Somalia.

But these robots have not reached the maximum potential of what their creators truly desire. They are still far from perfection and can only complete tasks pre-programmed into them. They are mere puppets who cannot take their own decisions and human interventions become necessary now and then.

Ex-Machina (2015) is the directorial debut of Alex Garland. The film focuses on a young programmer, Caleb Smith, who is chosen by a reclusive tech billionaire, Nathan Bateman, to take part in a Turing test for a special experiment.

The Turing Test, created by the legendary Alan Turing in 1950 was designed to find out a machine’s ability to exhibit intelligent behaviour. A machine is deemed as intelligent if it can convince a human of its sentience.

Nathan has successfully created an Artificially Intelligent Robot and named her AVA. He wants Caleb to hold conversations with her for a week to understand her thinking process and determine if she can actually think like a human. Caleb is overjoyed to find himself in the centre of one of the greatest scientific events in human history.

Caleb has a number of chat sessions with AVA, over the course of which he starts to learn that there is much more than meets the eye between her and Nathan. That there is something more sinister to the experiment that Nathan is doing.

AVA shows off her sketches to Caleb which she has drawn from the Internet and has philosophical discussions about life, nature, nurture and death. Nathan watches the conversations from another room.

AVA short circuits the cameras one day and informs Caleb that Nathan is not to be trusted and manipulates him to give her freedom.

Now, Caleb knows that AVA is a synthetic being and yet is undecided after speaking to her. And more importantly, Nathan’s ploy is revealed when Caleb finds many other AI robots built for pleasure stuck away in cabinets and wardrobes.

Caleb helps AVA to break free from her captivity. Nathan tries to stop this from happening but gets stabbed by AVA. 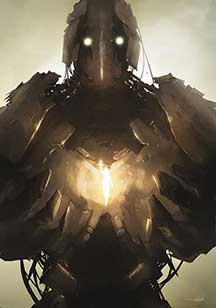 The robot is more self-aware and intelligent than Caleb can imagine and thus, he gets locked in a room before AVA finally escapes from the facility. Her true goal had always been freedom and she achieves it by deceiving the two humans who fail to see through her cunning inorganic deception.

AVA finds herself in the real world, the world which she had only seen on the Internet. As her legs glide over the grass and the wind blows against her hair, she is almost human. She basks in the sunlight and all the knowledge she had acquired over the past few months since her creation is tossed away. We do not know if she can sense the touch of the sun’s rays or feel the breeze but we know that she is happy – as happy as one can be when the emotion is the final result of a number of binary equations. Now, no one will be able to tell her apart and she can slowly become one with humanity.

Ex-Machina plays with the moral question of who is more human – humans themselves or the robot.

Nathan has a twisted sense of morality and uses his intelligence to create the final link between man and machine but then uses it to satisfy his primal desires. Caleb has a moral code but it is only under the veil of wanting a “companionship” which is lacking in his life. Therefore, it is easy for AVA to trick him into giving her freedom. Then, it is AVA, who makes us think that she is the most abused one and with the most human qualities in the first part, but reveals her true purpose to get out into the real world much later. She is hungry to achieve liberty and displays her lack of sympathy or empathy towards the men to get what she wants.

So, every character is fuelled by his or her own desire and the line between man and machine gets blurred as the machine takes on the chilling lack of empathy from its creator and becomes a being which is very similar to what we represent as a species; a hunger to satiate our desires no matter what the cost.

Artificial Intelligence remains a complicated issue. Now as technology progresses every day, the issue of how we are going to treat these new “persons” when they are among us; becomes inevitable. If we are able to make an AI sufficiently advanced to have desires and emotions then we cannot treat them as non “persons” just because they are pre programmed. It is because, if we look at ourselves as humans, the conditions that we have faced since birth, our genetics and the people around us have programmed us into the persons we are. Therefore, it would be illogical to dismiss an android just because it has a spark plug inside it instead of a working heart!

We have seen throughout history and even to this day that having a different skin colour or a particular gender has resulted in the oppression of a few cultures. But that sort of argument doesn’t really hold a candle in a scientific sense. 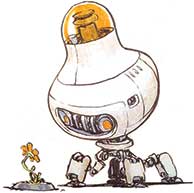 The machine will be given a baseline capacity by the creator but it can build on this as it develops. Such a machine as this will look for wisdom throughout the Internet and upgrade itself. And that is why, this is so revolutionary and scary at the same time. It’ll only be a few months by when the machine is more intelligent than its creator.

Bill Gates, Stephen Hawking and Elon Musk are doubtful about our capacity to ever be able to control a super intelligence we create. If it truly goes haywire, then a simple command like “switch off” would simply be like trying to hit the moon by hurling a stone with bare hands.

Every Hollywood films have shown us the dire consequences of creating an AI – be it the “Terminator” franchise or a film like “2001: A Space Odyssey”. The robots are always shown in a bad light as they conspire to take over the world from their creators. It seems that we have a judgmental view on sentient beings as we see them in the same light as us – that whenever a being has intelligence, it will inevitably lean towards destruction and demise without helping in the formation of an ecosystem where we can coexist in harmony.

Humans have always built machines for one purpose – to accomplish tasks effectively. If an AI is the next tool which we build – a tool unlike any other, we have to keep our wits with us and keep in mind to program the three laws of robotics which Issac Asimov left behind –

Robots and specifically, Artificial Intelligence is nearing reality and hence, the future generation should be made aware of technology in the classrooms. Students can be asked about their knowledge of robots and the various tasks that they are carrying out currently in the world. They should know that most industrial sectors and building companies use robots instead of manual labour nowadays. A new age of robotics has already started as “drones” – a technology which was previously only used by the military has now become mainstream and even delivery companies like “Amazon Prime” are using them for autonomous delivery from door to door.

The digital assistants we have on our “smartphones” are very intelligent as millions of bytes of programming have been done to make them as human as possible in their responses. The chain is led by the ubiquitous ‘Siri” which is designed for Apple’s iPhone, followed by “Cortana” for the Windows devices. Now “Siri” is very advanced but it doesn’t produce results if the question isn’t clear or if there is a stumble while speaking. This will make the students think and articulate their words to ask the question in a way that is very clear to Siri. This will make them more focused on what they actually want to know and filter out any unnecessary additions to the question. They can even ask different variations of a question to see the kind of answers they can get. This is how the world of robotics becomes very close to our daily lives.

Topics like over-dependence on machines can also come up as students are made to understand that technology can prove to be a balance of both good and evil. A topic such as this is very relevant as kids live digital lives and choose to ignore the reality that surrounds them.

The author is a professional video editor, film maker and blogger. He works for EMMRC as editor and is part of the NGO “Bichitra Pathshala”. He can be reached through his blog adventarcanegenesis.wordpress.com.