Food or ‘annam’ is the basic necessity of life and existence and ‘annam’ is “aham”. We all need food to eat, to grow, to develop physically and mentally, to work at our optimal capacity, to build our defenses against infections, and maintain good health. Indian traditional diets are of immense variety and the diversified preparations not only offer the whole range of nutrients but also activate digestion and several physiological functions. Until a few years ago, we used to prefer natural foods over refined foods, and light foods (less oily) (satvic) over heavy foods. Our traditional meals were mostly plant based (as animal foods were expensive) with spices, and were cooked and eaten fresh at home. They were a combination of cereals, millets, pulses, and spices such as pepper, cumin, asafetida and coriander with curd and coconut satisfying our energy and protein requirements. Those who could afford had milk, yoghurt, eggs, and chicken with small amounts of animal meat adding to the protein requirement. Vegetables and fruits contribute to the intake of vitamins, minerals, and antioxidants required for supportive functions. We use traditional oils from groundnut, sesame, mustard, and ghee which are essential, in small quantities, to absorb fat soluble vitamins and contribute to several hormonal functions. Edible oil is an important source of fat in the Indian diet. Besides being a source of energy, it adds a special flavour and palatability to the food. The foods were balanced, diversified and freshly prepared but not stored.

Food habits, in general are culture specific, but in the last few decades dynamic changes have occurred due to the fast growing economy, a shift from traditional to modern technologies, globalization, industrialization, constant travels across the world, evolving tastes and increased demands for “fast” and processed foods throughout our country. We have a social divide and therefore, the consequences also vary widely. On the one hand, we have poverty and hunger causing undernutrition and related disorders while on the other hand, a substantial increase in the intake of fats and refined foods such as white rice, maida based items, sugars, and salt leading to overnutrition related disorders such as obesity.

The evolution of the current food habits and diets of Indians reflects the agriculture and industrial revolutions in the country. The world’s worst recorded food disaster happened in 1943 in British-ruled India which is known as the Bengal famine. This was a time when India faced an acute shortage of food production and also gave low priority to food supply. After World War II, poverty and hunger were in abundance, and this resulted in various undernutrition related epidemic disorders such as protein-energy malnutrition and micronutrient deficiency disorders such as night blindness, pellagra, anemia, goiter, and rickets. Almost 60 years after the famine, some Indians still face these problems due to inadequate availability, inaccessibility and the lack of affordable “two square meals” a day in the disadvantaged segments of the population. The food imports, therefore, concentrated on cereal grains. Millets grown locally such as jowar, maize, bajra (pearl millet), finger millets (ragi) were grown along with legumes. Millets are the storehouses of macro and micronutrients. They have higher contents of calcium, iron, phosphorous, and magnesium than rice or wheat. They are also high in fibre, low in fat, and are gluten free. They have the potential to reduce blood cholesterol and sugar and are hence considered good for chronic diseases such as diabetes, heart disorders, etc. Traditionally, millets and wheat were unrefined, and rice was hand pounded and parboiled ensuring better retention of vitamins, minerals, fibre, and a host of useful phytonutrients such as antioxidants. As locally grown crops could not meet the growing population demand, there was a need for an agriculture revolution. 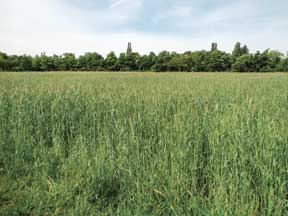 The ‘Green Revolution’, promoted record grain output and ensured self sufficiency in cereal grains and reduced hunger. The green revolution mainly emphasized on cereal grains, especially wheat and rice, to reduce hunger. Food imports, therefore, concentrated on cereal grains. This resulted in a shift in the dietary patterns. Support prices given by the government in favour of rice and wheat production, further reduced millet and pulse productivity. The staple food of Indians soon shifted from millets to rice and wheat.

After the agriculture revolution, the wave of ‘rapid industrialization’ changed the scenario further. Due to the requirement for higher grain output and better shelf life, cereals were milled, polished, and processed. The intake of polished white rice and refined wheat flour eventually resulted in loss of fibre and micronutrients from our diets. 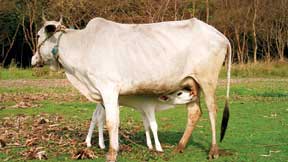 The ‘White Revolution’ by the National Dairy Development Board (NDDB) in the 1970s made milk and other dairy products easily available to the community. The usage of ghee, butter, paneer, and cheese enhanced the diet especially of the urban Indians. Milk by itself is a wholesome food and helps in building bones and is essential for growth and development. But again in the well-to-do communities, excess intake of milk products like ghee, cream, cheese and paneer – rich sources of saturated fatty acids – led to obesity and related heart diseases. 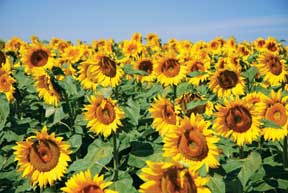 The change in the diet pattern related to fat intake in the population was not dependent on the white revolution alone, but was actually the result of the combined effect of the white and yellow revolutions. The ‘Yellow Revolution’ in oilseeds owes its success to a spectacular increase in output during 1998-99. It was at the same time that an oilseeds production thrust project was initiated by the government to accelerate the production of major oilseeds – groundnut, mustard, rapeseed, soybean, and sunflower. The quality of fat in terms of essential fatty acids and an appropriate ratio of omega 3 and omega 6 fatty acids (1:5) is very much essential to maintain good health. A community based study published recently in Chennai (2012) based on surveys carried out in the year 2006, showed that almost 63% of the Chennai population has shifted to sunflower oil from the traditional groundnut and sesame oil. Use of omega 6 PUFA-rich vegetable oils like sunflower/safflower oil can aggravate the risk of obesity and its consequences, particularly in the Asian-Indian population who habitually consumes a cereal staple diet consisting of refined grains with low intakes of omega 3 fats. The use of oils such as groundnut/sesame/mustard and even soybean or blends of oil seem to be a better option as it can ensure an optimal ratio of saturated, mono unsaturated, omega 3, and omega 6 fatty acids and reduce the risk of metabolic problems, a pre event that leads to diabetes and cardiovascular disorders. 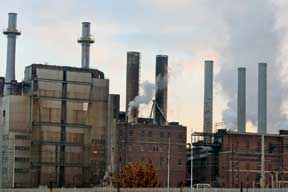 The ‘Industrial Revolution’ added to the changing food patterns in the country by introducing bakery food items prepared from hydrogenated fats (vanaspathi) and trans fats – major culprits that cause cardiac disorders and insulin resistance. Higher production of sugarcane and a rise in sugar industries led to the production of sugar confectionaries, candies, and sweetened aerated beverages resulting in the consumption of “empty” calories. Many processed and convenience foods, pickles, and pappads, now easily available, added to the salt intake thus increasing the occurrence of hypertension. While processed and convenience foods have entered the market targeting the youth with energy dense and salty foods, the intake of colourful green, yellow, and orange vegetables and fruits is becoming pitiably low due to their high prices, seasonality, and farm wastage. National surveys indicate the same, highlighting the need for a ‘Rainbow Revolution’ to enhance vegetable and fruit production. Our intake of these power packed items should ideally be around 500g/day/person.

The erosion of the “healthy diet” as an outcome of modernization and industrialization has led to the development of dietary supplements and functional foods. Functional foods are those that contain components (which may or may not be nutrients) that affect a limited number of functions in the body in a targeted way so as to have positive effects on health. They could also have a physiological effect that extends beyond the traditional nutritional effect. However, dietary diversification is the best approach as Nature knows what is best for mankind. Some of our traditional food items contain functional ingredients, which play a major role in the prevention of diseases and promotion of health.

Pharmacological and technological advances cannot replace healthy diets and physical activity as the means to safeguard against both under and overnutrition. It would be worthwhile for us to consider going back to our traditional diets for controlling the modifiable risk factors (diet and physical activity) and tackling the emerging epidemic of chronic diseases. Even in the Bhagvad Gita, Lord Krishna has mentioned that foods which promote life, vitality, strength, happiness, and satisfaction, those which are succulent, nourishing, and pleasing to the heart are satvic in nature, and form the basis for a healthy life. Whole grains and grams, limited intake of refined foods, plenty of veggies and fruits, traditional/blend of oils, and freshly prepared foods are the cornerstones of health and well being.

Ruchi Vaidya, Ph.D is a Research Associate at the Department of Foods Nutrition & Dietetics Research, Madras Diabetes Research Foundation, Chennai. She can be reached at ruchivaidya@mdrf.in.