If ever there was a difficult time to be a principal, it is now. For the past half a century – the world of schooling was humming along as smooth as a factory assembly line – chalk, talk, exams, and graduation. However, the introduction of the CBSE’s new assessment framework (CCE) has knocked out some key pillars in the institution of education, leaving everyone scrambling as the roof caves in. 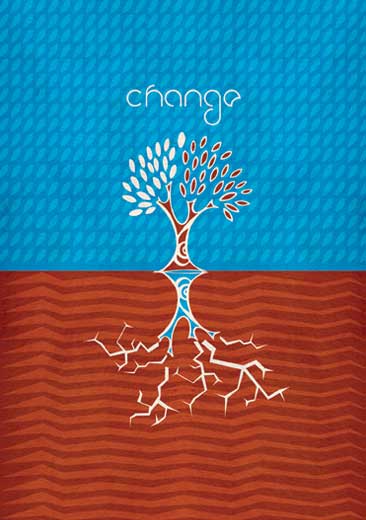 In this time of crisis, principals find themselves in a catch-22: if they cling to old world paradigms, they are doomed; what worked for 50 years will not work anymore. And if they want to move forward, they must take to the path of change, which is indeed a slippery slope. Change will require students and teachers to work harder and differently, as they must keep up with the existing curriculum, and simultaneously comprehend and follow an entirely new system of learning and assessment. It will also require parents to invest more in their children’s education – both in terms of time and money, as parents will no longer have the luxury of leaving education entirely in the hands of the schools.

No doubt principals will be tempted to put off taking difficult decisions in order to avert the pain induced by transformation. However, delaying action or taking incremental steps might be even more painful than taking swift ones (sometimes it’s easier to yank the bandage off than to peel it slowly!). At this moment, India needs principals who can embrace change, and boldly lead their school community through the challenges and discomforts that accompany it.

One way principals can effectively support this transition is by creating awareness through various media – posters, notices, websites, newsletters – and even skits that depict and explicate the various issues. When people are aware of the changes that are coming, they can prepare their minds to better deal with the impending discomforts. Second, principals can conduct workshops and interactive sessions that not only transmit information, but also solicit feedback from stakeholders and facilitate the metamorphosis. People are more inclined to cooperate when they are invited to participate in the process of change. Third, because they do not have most of the answers, principals will not be able to maintain an air of control. They will fare much better by being transparent, admitting that they too are facing challenges in this state of flux. However, they will surely win others’ confidence by demonstrating constructive attitudes – that despite great uncertainty, they are tackling the challenge positively, and will make every effort to lead their communities to a higher ground.

While some principals have lost heart standing amidst the rubble of the old world of schooling, and remain in denial of the imminent changes that must take place, others have adopted proactive approaches to help them deal with the fallout. Such stalwarts have undoubtedly earned a level of trust that is contributing to a much smoother transition to the next stage. Though change is seldom easy, it is often necessary in order to bring about a new order. But one thing is for sure: the process is infinitely more tolerable (even if it hurts a bit) when the leaders embrace change and take on the challenge with valiance and courage.