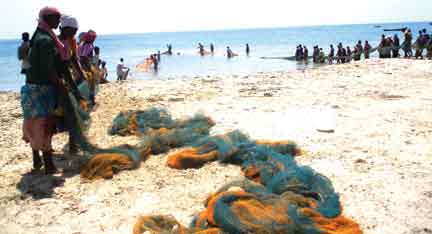 The ocean has been an integral part of the culture and history of humankind for centuries. It has fascinated humans and inspired many adventurous expeditions in the past to explore what lies beyond the horizon. Later, the curiosity shifted to what lay below these vast expanses of water. The creatures of the ocean have inspired the imagination of many mythical and folk stories and sparked the curiosity of early natural philosophers, including Aristotle. This curiosity in understanding nature and its processes better, led to naturalists finding a place in expeditions. The famous expeditions of the HMS Beagle to the islands of Galapagos lead to the theories on evolution through natural selection by Charles Darwin. However, few know about his immense contributions to marine biology, the most prominent being his theory on the formation of modern coral reefs that were based on observations made from the HMS Beagle.

Life as we know it today originated in the oceans more than 3.5 billion years ago and life here is much older than on land. More than seventy percentage of the earth’s surface is covered by water from the world oceans, making it a “blue planet”. Oceans also control climate on a global and local scale. The Indian monsoon, for instance, originates as moisture laden winds in the Indian Ocean, and the entire economic and ecologic sustenance of the country is strongly interlinked with the regularities of the monsoon. In the Atlantic, warm surface currents that are generated at the equator and moved by the trade-winds, travel long distances between continental land-masses, carrying warmth to the otherwise inhospitable countries of northern Europe. The oceans, its fringing beaches, splendid diversity in its ecosystems such as the spectacular coral reefs, have appealed to the artistic and aesthetic inclinations of the humankind for centuries. While these are benefits and services that cannot be valued in economic terms, oceans are also an important and reliable source of nutrition and livelihood for millions across the globe and have direct implications on the economic prosperity of coastal countries.

Early explorations
Despite having such direct implications on the survival of mankind, our understanding of oceans and its functioning is still rudimentary. Don Walsh, one of the two intrepid explorers who reached the deepest part of our oceans (at 10916 metres!), succinctly puts the message through. He says, “More people have walked on the moon than have been to the deepest place in the ocean!” Our explorations of the marine ecosystems are still largely restricted to a few kilometers off the coast and most of the vast expanses of deep waters are yet to be explored and documented. In an ambitious 650 million dollar project involving many of the world’s leading marine biological centres from more than 80 countries, about 2700 scientists came together to compile the diversity, distribution and abundance of marine life on this planet. In the past ten years, more than 2600 new species have been identified and named and a few thousands are waiting to be confirmed. The studies also led to the discovery of many previously unknown habitats and ecosystems and helped compile a list of 250,000 marine species and proposed another 750,000 are yet to be discovered.

The author heads the coastal and marine biodiversity programme at Dakshin Foundation. He can be reached at naveen.namboo@gmail.com.