What is learning difficulty?
It is a hidden difficulty as the child has no obvious physical disabilities. It is characterized by a difficulty in the processing of language resulting in deficiencies in spelling, reading, and writing. Some of these children may have problems with math also. It is best illustrated with an example. I distinctly remember a child enunciating “s, u, n”, letter by letter, and then reading the word as “hot”. He was processing the feeling of heat from the sun. He was not reading literally, but he was relating to the feeling the sun produced in him. He was processing the input in a very different way, a different path from the vast majority of us. In his comprehension of the sun’s nature he was not wrong. But, how do we educate this child to read, read literally? Do we dismiss him as stupid or differently-abled? This child had other abilities; he was exceptionally creative in drawing. He could draw brilliantly, but he suffered humiliation as he could never read well. His parents also suffered, first because they thought their son was not putting in effort, then because they did not understand what was going on and finally because they did not have guidance about how to deal with the problem.

It is still extremely rare for parents to get good advice on how to deal with the problem. Most of the time, they go from pillar to post and acquire much baggage of guilt, worry, anger, and frustration before they are able to understand what is happening. Even in these days of Taare Zameen Par, few schools have a resource room. Few teachers in the mainstream are aware of what symptoms they should look for, as they are not trained for it. The universities do not include a chapter on “how to identify hidden disabilities” in teaching methodology in their B.Ed. courses. Other disabilities manifest outwardly and present no problem to the parents and teachers in so far as identification is considered. 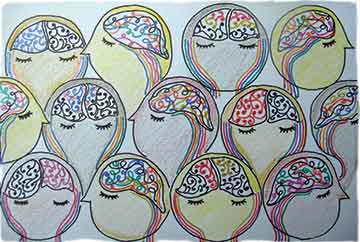 I have come across children who were poor readers in their first grade and were assessed ‘at risk’. They were given help and turned out to become avid readers and not too bad spellers. Some children, who read well and spell badly when they had to write on their own, turned out to spell tolerably well when given a dictation. Here, their ability to process many tasks at the same time is limited; their memory system is taxed resulting in spelling errors. With time and good remediation, they do well enough. Some other children struggle with their spelling all their life and avoid writing, even with remediation. Many of them have problem writing paragraph answers especially. They write paragraphs which lack sequence and cogency. They have a style of writing which reads like an oral simplistic answer. These children come in all hues with a different mix of strengths and weaknesses.

Why do these difficulties occur?
Children with learning difficulties are wired differently. Research shows that the neural pathways in their brains are very different. It could be due to hereditary genes, though conclusive causes have not been found so far. They are mostly right brain dominated having to cope with a left brain schooling system. These children face a system where there is a lack of understanding of what it means to have a right brained, holistic, dreamy mind that can think originally, where there is no sympathy for lack of organization, where there is no place for creativity. They are constantly badgered by everyone telling them, “do this, do that, listen, pay attention, don’t dream, etc.” They find it difficult to produce output in a left brain oriented academic system. As a consequence, they do not develop good self-esteem, frequently clown as a way of escape or to get appreciation and do not value their inherent gifts or strengths.

For the child with these difficulties, facing exams is a torture. This is the point where the child faces criticism the most. This child has to read his lesson, understand it, read it enough number of times to remember all the points, learn them, rephrase the sentences in his mind, remember the points sequentially, recall the spelling of all the words, write them sequentially and legibly to produce a coherent answer. This, the child has to do again and again, which is a tiresome numbing affair given the different wiring of his brain. The different wiring affects the way he processes the inputs and produces the output. Sadly, most schools judge a child’s performance on the basis of the written output. Thankfully, many boards are slowly revising their method of assessments.

What role does remediation play in all this?
Proper timely remediation helps an individual to perform to his/her potential. We believe that intelligence is a dynamic factor and cognition is modifiable. With proper mediation of the inputs, clearing of processing blocks can lead to better outputs. The aim of remediation is to build confidence, self-esteem and encourage the child to perform to his/her potential. The student learns managing skills, skills that equip them to read, comprehend, write, and face academic challenges. How well they perform can vary widely depending on their skill sets. But the wiring cannot be changed totally or rewired. The wiring can be done anew to a certain extent only. The goal of remediation is to restore self-esteem and point to possible avenues
of growth. 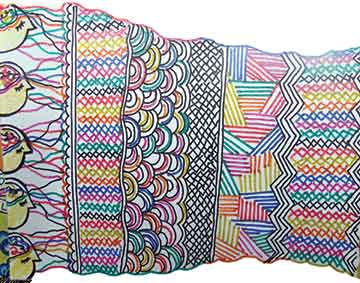 Parents saddled with an academic system which is highly competitive, bearing feelings of guilt due to repeated failures, either become over protective or aggressive depending upon their social milieu, expectations, or mind-set. The situation is far worse for first generation children who study in an English medium school system. In the already difficult job of parenting, being a parent of these children is a very tiring affair. Parenting is a very difficult balance to achieve after all – maintaining a balance between pushing the child to perform and to giving allowances for difficulties is not easy. Ideally, when both parents are involved in the task, results are better.

In the present society, where achievement is measured in terms of marks, the pressure to perform, to conform is too high for these children. The space to do well and receive appreciation for their marginal improvement leading to further improvements is missing. The mainstream class teacher is mostly busy upholding the star performer for others to emulate. Neither do the teachers have awareness about these difficulties and the effort that has to be put in by the child to produce an output that conforms to the left brained system.

Here, I think, lies the crux of the matter. When we start accepting these children with their difficulties and concentrate on their strengths and provide them with opportunities to work towards their strengths, we provide an atmosphere where the load of disapproval is lifted. If a student is valued for what he/she can do, we shift the focus to a positive, optimistic basis. The child, the parent, the teachers, and society stand to benefit from this shift. This shift helps these kids to work towards their potential.

These children require a considerate approach, an approach that is truly inclusive and not one where they are pushed to conform to regular standards. It is to be accepted that a syllabus is mandatory for every child to cover and master, but individual processing and option to produce output in different modes should be allowed. In the CBSE and many state boards, concessions have been given to these children. They get concessions for spelling, extra time to write their exams, provision of calculators and scribes. It is indeed a great step for inclusive education. The concessions are mostly allowed at the board level exams which involve a long process of assessment, etc. Very rarely, these children are given these concessions in the marking system in the regular class environment. Sadly, most of these kids and their parents accumulate a lot of baggage due to recurrent low level of performance much before all these concessions are given.

It is important to remember that the world is not a left brained place
Mere academic learning is never good enough for the real world. The world requires a holistic approach, creative right brained solutions, out of the box thinking, innovative ideas, etc. But, sadly, we have saddled most of our right brained children with a lack of self-esteem, that very few of them survive this onslaught of structured, systematic, hierarchical academic system. All the game changers of our world have had difficulties with academics; most of them have had learning difficulties. Einstein, Graham Bell, Leonardo Da Vinci, Galileo, John Lennon, Pablo Picasso, Steve Jobs, Charles Schwab, Keanu Reeves, Steven Spielberg, Tom Cruise, Richard Branson, to mention some famous dyslexics. I often feel that our own Ramanujam the mathematical genius could have had some language difficulties as he had failed his language paper in school. Nobody can dispute the remarkable role of the creative geniuses of these personalities. True, not all dyslexics are budding geniuses, but they deserve a place in society to fulfil their potential as any other person. Differential output should be welcomed and given a place.

Most people do feel that the schools do not prepare our students for the real world. The real world needs a co-operative approach not a competitive approach. Everyone wants a team player not a selfish loner. If we encourage our students to accept others with their strengths and weaknesses, co-operate to work together, teach each other, be graceful as a team player, we lay the foundations for a better work place, better society. An inclusive school builds an inclusive society.

The author is a remedial teacher of over 15 years of experience. She has been a resource room teacher, worked on assessments for a couple of years, and has been involved with teacher training with some centres in Chennai.