While we shouldn’t be needing reminders about preserving our natural resources, it does help that from time to time global attention is focused on specific ecological issues. The United Nations has declared this year, 2011, as the International Year of Forests (http://www.un.org/en/events/iyof2011/). The idea is to focus attention on the need to preserve and protect our rapidly declining forest reserves. Through the year a number of events are being planned by individual countries, environmental organizations, and media, aimed at raising awareness and getting people involved in doing more to keep our forests from disappearing.

Why not use this opportunity to brush up your forest facts and perhaps get your students to plan a quiz and other events around this theme? 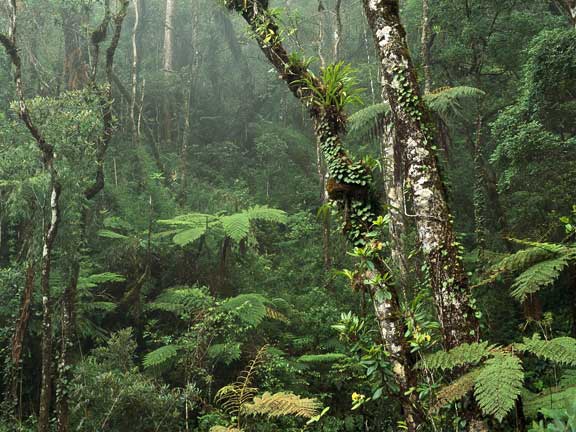 World heritage sites
Mention heritage and most likely we think of ruined forts, magnificent palaces, and ancient tombs. What about the even more ancient plant fossils and millions of life forms hidden in the depths of our forests? One hundred forested sites around the world have been declared heritage forests, covering a combined area of 76 million hectares (roughly one and a half times the size of France). These forests are considered a common heritage of all the world’s people, and are protected under an International convention signed by members of the United Nations, the World Heritage Convention. These specific forests are considered particularly important as they house many varieties of plants and animals that do not live in any other environments – so loss of the forest would mean loss of these species. In India, heritage forests include those in the Sundarbans, the Western Ghats, the Northeast, and Andaman Islands.

Forests under the sea
The dying coral reefs off the shore of Australia have been making news for some years now. The Great Barrier Reef is one of the World Heritage Forests, and it is a virtual world of its own, with innumerable species of microscopic and not-so-small life forms hiding within its crevices and crannies. Another species that is dominant in underwater forests is Kelp, a type of seaweed that is popular in cuisines of the Pacific Rim. Lush kelp forests are found on the Pacific sea bed, providing an environment for other algae and phytoplankton. Kelp grows extremely fast, sometimes reaching up to 30 ft. in height, and is considered to be an important inhabitant of undersea environments, providing a protective layer for some coral species and attracting shellfish and other aquatic life. Kelp forests have also been attractive locations for deep sea diving and exploring, particularly off the coast of Australia.

Closer to home: Mangroves
Among the most threatened habitats in the world, the mangroves are found along sheltered coastlines and help prevent soil erosion, also creating safe breeding grounds for marine species that thrive in shallow waters. They represent a unique adaptation to the salty air and water. The mangroves along the Bay of Bengal played a major role in protecting those coastal communities from the effects of the tsunami in 2005. For many years, though, ignorance about their value led to these forests being cleared for timber and firewood. It is estimated that in the past two decades alone, nearly 35% of the mangroves have been lost, mostly along the coasts of South America and East Asia.

Virgin forests
Imagine spaces that have not been touched by human activity, that have not heard the tread of heavy boots or felt the woodcutter’s axe…”old-growth forests” are communities of trees that have attained great age, and at least in known history, have not been disturbed by humans. Such forests often contain very large trees, many dead trees that in themselves have become habitats for many small forest animals and plants. As we might expect, there are not many such old growth forests left across the world, but there is an attempt to keep those that remain, free of logging and other commercial activity. Some parts of Western and Northern Europe, northern United States and Canada, as well as Ecuador, Bolivia, and a few other parts of South America, retain virgin forests.

Forest people
One of the most contentious issues of development is the rights of people versus the rights of other life forms. In most forested regions of the world, people have lived in harmony with nature for thousands of years. But as forests diminish and as demands on them grow, how do we reconcile these rights? In India, the recent controversy over the mining of bauxite in the hills of Orissa threw such issues into relief. We know little about the ways of life and the balance that exists between the tribes and the forests. In the Amazon forests, for instance, it is believed that nearly 100 uncontacted tribes continue to live deep in the forests. So, when we talk about preserving forests, are we also including preserving a way of life we know little or nothing about?