‘“To many of the modern generations, history, like God, is dead.” – Derek Heather

Its name comes from the Greek term for “inquiry, knowledge acquired by investigation”. It talks about kings, queens, battles won and lost, music, dance, painting, and so on. Not to mention the numerous dates and years that one needs to remember. People who explore it are called historians. Overall, history has enthralled millions knowingly or unknowingly. Why is it so important that students study it as a compulsory subject in school even though most find it rather boring? It is because, history helps us understand society better and makes us realize the wonderful world we live in. Most importantly, history helps us know about the illustrious people of the past who have shaped mankind for good. 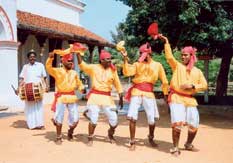 Relation to Arts
Art can trigger one’s senses, emotions, etc. It is in art that life and creativity are inseparable. Almost everything we come across is art. A painting, or a building, or the creation of man itself is art. History and Art go hand in hand. Art and its forms have been known from the ancient times when man made weapons and tools with stones and then went on to invent the wheel. History tells us the discovery of carvings and paintings in caves, from which art developed. We know of various civilizations in different parts of the world, thanks to history. Overall, history shows us the evolution of life over the different stages.

In early India, most of the arts were derived from Vedic influences. Tamilnadu has been known for its various folk art forms. Eons ago, folk dances and folk art were a source of entertainment. Most folk art forms tell the stories of kings, queens, gods, and goddesses. Therukoothu (literally meaning street play), a popular folk art form, is usually staged through the night and has entertained thousands of people. Though the origin of the koothu can be traced back to 200 BCE, today, various Therukoothu groups in Tamil Nadu continue to perform, thus preserving the art form. However, in today’s world, children seldom seem to know about these art forms.

Teaching the art forms
Teaching the art forms was not complicated in the earlier days, as traditions were passed on to successive generations. There is a difference between “training” an art form and “teaching” it. While the number of children following the former has decreased significantly, the latter is being done by various schools, organizations, etc., in the south. A place where one can get a glimpse of South India, its traditions, architecture, and most importantly, the traditional folk performing arts is a centre called the Dakshina Chitra. Situated about 25 kilometers south of Chennai, Dakshina Chitra promotes and preserves the rich heritage of South India. The centre hosts folk performances such as Devarattam, Tappatam, etc., which convey history through their songs. A group of school students are being trained to perform regularly. With various workshops and programs, Dakshina Chitra provides a wonderful insight into these dying art forms. Teaching a performing art involves teaching the children about the history of the art form. Many students enjoy learning it and actually incorporating it into their daily lives.

Art forms such as the Koothu also bring out history. In Therukoothu, stories from the Mahabarata, Ramayana, and other epics are the highlight of every show. When I asked a Therukoothu artiste, Ms. Ashwini Kasi, how she goes about teaching the art form to students, she said that the first step is to teach them the “nadai” or walking. “Every character has a different way of walking, for example, a king has a majestic walk. So we teach the steps according to their character,” says Ashwini who hails from a family of Koothu artists from Purisai. “We give an introduction to the children about the art and show them various clippings of performances. The art form comprises singing, dancing, and speaking all rolled into one, so surely the students become interested. Moreover, they have fun learning about mythology, epics, etc.,” adds Ashwini.

Ms. Bhuvaneshwari Shaji, a classical dancer who also teaches Natyashastra to students, says “Art forms depict social conditions either through a song or through movements. We can also learn about the political conditions during the time. The richness of a tradition can be conveyed through the art form.” 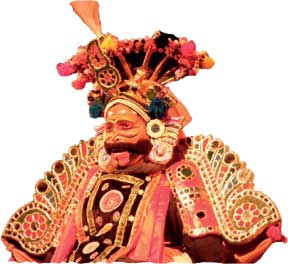 Ms. Vishalam Ramanathan, coordinator of Dakshina Chitra believes that art is one of the most entertaining means to study or learn history. She says, “It is surely enjoyable to watch the Mahabharata or the Ramayana portrayed in an entertaining manner. Also, it inspires us to learn more about the epics and the social history of a period. So, we are entertained, and have a chance to gain knowledge about our rich heritage. At Dakshina Chitra, we tirelessly work to preserve the dying art forms such as Oyilattam, Tapattam, Devarattam, etc. These are performed everyday and are open to the public. So, in a way, more people come to know of these art forms. The more the people get to know about them, the more they are learning about their culture and history, and the art form is also preserved.”

History, through the eyes of music and dance
Music is found in every known culture, past and present, varying between time and places. The music of India includes multiple varieties of folk, popular, classical music including Carnatic and Hindustani music. In most of the songs, the lyrics are mainly based on historic events, odes to eminent people of the past. So, listening to classical music is one powerful way to learn history, for we perceive it through our ears. In Tamilnadu, Villuppattu is a Tamil folk art of storytelling, where narration is mixed together with music. In villages, performers narrate stories ranging from mythological to social. The various composers of Carnatic music, such as Tygaraja, Purandara Dasa, Muthuswamy Dikshithar, wrote songs praising the various gods and goddesses. The lyrics are considered divine and tell us a lot about the mythological stories and epics.

Dance has certainly been an important part of ceremony, rituals, celebrations, and entertainment before the dawn of the earliest human civilizations. Archaeology delivers traces of dance from prehistoric times such as the 9,000 year old Bhimbetka Rock Shelters and Egyptian tomb paintings depicting dancing figures from c. 3300 BC. One of the earliest structured uses of dances may have been in the performance and in the telling of myths. Before the production of written languages, dance was one of the methods of passing these stories down from generation to generation. The Natyashastra is an ancient Indian treatise on the performing arts, encompassing theatre, dance, and music. Natyashastra remained an important text in the fine arts for many centuries, so much so that it is sometimes referred to as the fifth Veda. Much of the terminology and structure of Indian classical music and Indian classical dance were defined by it. Bharatanatyam conveys spiritual expression. It originated in Tamilnadu and is one of the greatest expressions of Indian culture. Like the other art forms, Bharatanatyam too contains rich information about history. Through the elements of Bharatanatyam, bhava (expression), raga (music), tala (rhythm), and natya (classic Indian musical theatre), history is conveyed. 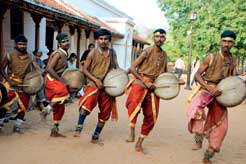 In a nutshell
History and art go hand in hand. We can see art through history and vice versa. History is not just a subject, but it helps us understand mankind and the world better. Be it art history or history of art, both play significant roles in our lives. In today’s world, where watching a movie in high definition or reading a book on the Ipad seems better than learning about ancient history, it is actually the historic events in various ages, ancient, medieval, and modern that led to significant technological changes. It is due to the invention of the wheel that we have hybrid cars with navigation systems. Ancient dowsing rods have found their way into wi-fi technology. Mysteries from ancient times are being unlocked using newer technology. Indeed, history has changed life and will continue to do so. We just have to realize its importance.

The author is a student of engineering at SRM University, Chennai. She can be reached at manasapartha@yahoo.co.in.