At a time when the world is calling for urgent systemic transformation, the Right to Education (RtE) Act stands as a regressive and reductionist document that is based on 19th century colonial assumptions of education and learning. It institutionalizes Macaulay’s racist vision of education while devaluing the wide range of learning assets, learning spaces, learning traditions and learning experiments that exist in India. There is a certain irony in that the framers of the RtE seem to have failed to learn from history, science, and many of the other subjects which they wish to propound. One wonders whether there can be space in the RtE for an evolutionary and pluralistic post-post colonial vision of the 21st century which highlights the policy design principles of flexibility, diversity and co-creation. 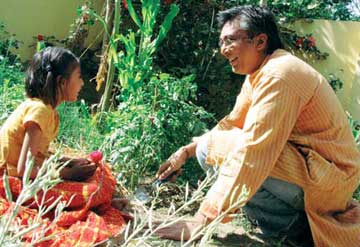 As the father of an 8-year old girl, I believe that the RtE is an insult to the intelligence of children and parents all over India. It violates the Universal Declaration of Human Rights (Article 26) which explicitly states that parents have the prior right to choose the kind of education that shall be given to their children. Nowhere in the RtE document is this aspect of the Universal Declaration mentioned. The sacred role of parents and community in the child’s learning process has been reduced to their becoming mere chowkidars of the school, as benevolent Big Brother aka the State aka India, Inc. takes monopoly control over the very meaning of education and development.

Thus, we as an extended family, have chosen unschooling as the best form of holistic education for our daughter, Kanku. There are many reasons behind this but after several years of research and experience, we have come to believe that schooling stifles creativity, curiousity, compassion, collaboration, self-initiative, activism, entrepreneurial spirit, wisdom, and self-discipline in children. It fills them with fear, stress, false inferiority/superiority, and vicious competition. Unschooling differs from homeschooling and other forms of alternative schooling in several ways. It does not follow any prescribed government curriculum, norms, or textbook. The topics of study come from life itself and from the naturally unfolding questions, interests and needs of each individual child. Exams are not limited to pieces of paper but rather come from everyday practical challenges that emerge in the community as well as one’s own honest self-assessment. The parents’ role is not as know-it-all teachers but as honest co-learners who are committed to continuously unlearning and uplearning with their children. There is a strong commitment to building healthy and sustainable communities and accessing diverse community knowledge systems. Rather than remaining wedded to an abstract notion of a unipolar, hyper-competitive ‘mainstream’ (driven by the values of the global industrial-military economy), unschooling seeks to validate the profound reality of many streams, many dreams and many alternatives.

Several modifications are being made to the RtE as various power brokers in the education system react to it. I believe, however, that the RtE is a fundamentally flawed document because it assumes that there is no learning or knowledge existing outside of the four walls of the classroom. Rather than expanding the frame of education to value and validate diverse learning spaces, knowledge traditions, alternative education experiments, and technologies, the RtE has reduced the larger meaning of education to mere factory-schooling. Knowledge that emerges through non-formal and informal forms of education has been rendered invisible. Sadly, our national educationists still do not understand the tremendous amount of learning that happens when a child takes his goats or cattle into the forest for grazing. Nor do they take heed of the old African proverb which says that when a grandfather or grandmother dies, a library is lost. My daughter, Kanku, learns in many vibrant community spaces around Udaipur – apprenticing at her friend’s pani puri shop next door, volunteering in the local animal aid shelter, visiting art galleries in the old city, swimming in Fateh Sagar, exploring the fields of organic farmers, meeting new people in Shikshantar, surfing YouTube on the internet, visting extended family, climbing Neemach Mata mountain, reading books in the local library, playing with children in tribal villages, and travelling to different countries. It is a pity that the RtE cannot see that such beautiful learning ecosystems still exist all over the country.

The RtE is also flawed because it continues to assume that the ‘child’ is a generic, empty object to be stuffed and moulded. The entire orientation of the RtE is around teaching and training, not on learning. The natural capacity of each individual to self-design their own personalized learning program – according to their own unique set of learning styles, multiple intelligences, questions, languages, talents, etc., is denied. The RtE also negates the basic Indian tradition (and essential aspect of democracy) of being able to pro-actively choose our own gurus and thus interpret/understand the world on our own terms, outside the framework of the state- corporate civilizing ideology of progress and success. When we discuss ‘child-centered education’, we must be careful to differentiate between participation and manipulation. In yet another stereotypical case of paternalism, there was no attempt to ask the so-called beneficiaries (in this case, the children and their communities) what it means to them to be an educated human being, what future or alternatives do they imagine for their community, or what they would like out of their education. In other words, there is no space in the RtE for the individual child-learner to build a curriculum for themselves based on what they want to learn or when, where, how and from whom. This dialogue is something we try to engage in various ways on almost a daily basis with Kanku. We also see Kanku actively choosing her own gurus – sometimes for a day, sometimes for a week, sometimes for a year or longer. This level of customization indeed will be a challenge for the entire country, but one that we must take if we want to achieve real swaraj. 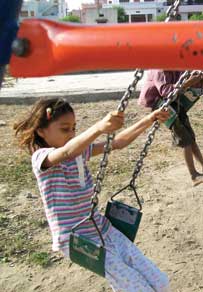 Those in favor of the RtE will argue that it is a vehicle for promoting equality in the country. However, the RtE confuses equality with a suffocating and unimaginative monoculture that robs children and their local communities of their self-worth and dignity. There are also those who argue that the RtE Act will raise educational standards. Lessons from around the world, however, inform us that quality can only be raised in a culture of dialogue and innovation, not by top-down draconian decrees.

A truly democratic policy framework must seek to restore meaning, innovation and self-respect to the education system. It must also allow for non-violent dissent.

I realize that unschooling is a personal choice and not one that everyone will be drawn to. There are a few policy-related concerns that I would like to propose to continue the dialogue on widening the meaning of education and creating many more positive options for the diverse children around the country.

Many vestiges of colonialism still remain in India. One hopes that the RtE dialogue can create some additional space for decolonizing our minds.

The author is a learning activist with Shikshantar Andolan <www.swaraj.org/shikshantar> and co-founder of Swaraj University <www.swarajuniversity.org>. He has served as a policy specialist with UNESCO. He can be reached at manish@swaraj.org.