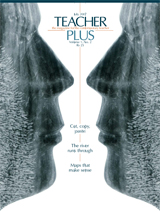 Plagiarism – the intentional or unintentional use of material from another source without acknowledgment – has become a “rot” that has set into Indian society, especially into the educational system. While this happens more often than not because of the ease of the process of copy-pasting from the Internet, or due to lack to time, or because it is just easier to use someone else’s work than spend time and energy creating your own, it is also because children often just don’t realise that it is not the right thing to do. We consider how teachers can deal with his culture of plagiarism. 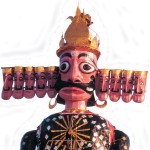 You open the first project file, slick and sharp in its clear plastic cover and blue spine, with a beautifully illustrated cover. “This child has certainly taken a lot of trouble over her work!” you think. You sit back and begin to read, expecting the content to live up to the promise of the packaging. And indeed it does. The sentences indicate a fluency that amazes you, the ideas expressed with clarity and elegance. You’re impressed. Paragraph after paragraph of perfectly formed ideas, building an argument that wins the day. You give the project top marks, then turn to check the name on the cover as you enter the marks into your register. Hmm…strange, this child never showed this much potential before.

On a hunch, you type a random paragraph from this project into the Google search bar on your computer screen and voila! an entire paper on precisely the topic you had assigned. With a few changes here and there, this is the project you had just graded, word for word.

Such a scenario is becoming increasingly common, with a number of children in urban schools having easy access to readily packaged information on the Internet. It’s easy to copy and paste text, often images as well, and simply turn it as your own work, most often, with no acknowledgments made. Sometimes, a sloppily put together list of web sites (with incomplete addresses) serves as a reference list but it is never clear what extent of information was just lifted straight off those sites and how much of the paper is the student’s own analysis or insight. Of course, copying is not restricted to material off the Net; it can just as easily (though with slightly more labour) be done from a book in the library, a report taken from a family member or friend, or a project submitted by another child in another school.

Plagiarism – the intentional or unintentional usage of material from another source without acknowledgment – has become what one blogger (“Sunil”) calls a “rot” that has set into Indian society, especially into the educational system. Students at all levels think nothing of using ideas and words without citing the source, often not even noting it for their own records. While this happens more often than not because of the ease of the process of copy-pasting from the Internet, or due to lack to time, or because it is just easier to use someone else’s work than spend time and energy creating your own, it is also because children often just don’t realise that it is not the right thing to do. No one has sat them down and explained what intellectual and academic honesty mean.

We cannot get away from the Internet. Nor can we escape the fact that there’s so much formation around us; students today have an amazing array of sources to choose from when they begin exploring a topic. They are exposed to a variety of perspectives as well, and if they choose to, they can draw from a whole range of sources, conventional (printed reference sources, subject experts) and unconventional (talk radio, internet sources such as blogs as well as reference sites such as Wikipedia). What we need to ensure is that they understand the fine line between drawing upon other people’s work to build their own ideas, and simply presenting a ready-made analysis as their own.

Plagiarism can be unintentional, as in when you forget to cite a source or use material without complete information on the source but do not actually claim it is your own. This is more a matter of intellectual sloppiness than dishonesty, and can be corrected by communicating clear instructions on how to handle references and academic citation conventions. It may help for teachers to provide a style sheet for references and citations, and to give examples of where and how source material needs to be acknowledged. Students may not realise that it is important to cite sources even when they do not reproduce material verbatim. The process of paraphrasing in a way makes it their own. They need to understand that the author owns the idea just as much she/he owns the words in which the idea is expressed.

Intentional plagiarism is of ourse a clearer case of dishonesty and is perhaps tackled more easily. But here too, a policy must be laid down and standards set for citing sources and giving credit not only for quoting verbatim but for ideas as well. It is not enough to simply state that plagiarism will be punished but to discuss in the class what exactly constitutes plagiarism.

Some teachers believe that insisting on handwritten assignments to some extent discourages students from copying outright – and even if they do copy word for word, the act of writing it out ensures that some amount of learning or internalisation has taken place. Printed assignments on the other hand could be just cut-copy-paste jobs from a variety of web sites, sometimes not even read through carefully. One teacher cites the case of a student who turned in a printed paper that was clearly a copy-paste job, with even the web address still on the top of the page!

There are more complex issues concerning the copy-paste culture and the various grades of plagiarism. Idea theft – where an idea has been discussed by someone informally and then appropriated and presented by another – is difficult to identify and even more difficult to prove. There are cases where parents put together material for their children to use, sometimes going so far as to have projects commissioned by experts. The school system is not entirely blameless in this area. Often projects are assigned that are much beyond the ability of a single student, both in terms of their intellectual demands and sheer physical scope. Parents are expected to help, not just with advice and feedback, but with the actual putting together of the project. So from a very early age children get used to the fact of depending on others for their work, often without giving explicit credit or acknowledgment for these inputs.

A teacher can help set ethical standards by discussion and by practice early on in a child’s school career. Even in primary school projects, children can be encouraged to talk about how they did a project and who helped them with it, without penalising them for taking help. The point to be emphasised is that we all need help with our work and it is important to give credit to those who help us – or to the sources where the help comes from, if it is not a particular person. Asking simple questions like “Where did you get this idea?” and “Did your mother/father help you with this?” in a climate that is not threatening but simply interested, will encourage children to share the process of their learning and to understand that it’s okay to ask for and take help – and that it’s not only okay, but essential to say so.

In higher classes, teachers need to not only insist on clear documentation of project work but also lead by example in talking about where they access information and where certain ideas have come from in their own lectures and notes. Plenty of examples exist in the scientific and academic literature of the consequences of plagiarism and intellectual theft, and it might be worthwhile to share some of these, so that children understand the larger issues that could stem from a simple copypaste activity. Teachers need to emphasize that while the Net is a valuable and convenient source of information, overdependence on it as a source of information can also lead to a certain intellectual laziness – apart from the fact that a Google search can often end up being like a needle-in-a-haystack exercise unless you know where and how to look, and what to look for!

At the school level, it’s important that there is a uniform and accepted policy in place to deal with plagiarism, and that this is widely disseminated to staff, students and parents.

The ease with which images, text and even sound can be copied, manipulated and reworked to create new products out of bits of old ones leads to a situation where no one recognises where the idea (or set of ideas) came from in the first place. For instance, the whole ‘re-mix’ revolution is based on the idea of taking an old thing and changing it. So where does ownership lie? To what extent can the ‘new’ form be claimed as a completely original idea? Is this plagiarism or simply creative imitation? And then there are cases of literary successes who then turn out to be merely skilful copiers who stitch together stories from a variety of sources and package it as something new.

Surrounded by a popular culture where copying is the norm, where footnotes and cumbersome reference lists are considered not only passé but redundant, children often find it difficult to recognise, let alone respect, ethical boundaries. School is the place where these ethics have to be reclaimed. After all, if scholarship is about anything, it is about ideas and their growth. And unless we teach children to respect other people’s ideas and words, they will never learn to recognise and then value originality.

The concept of plagiarism can be discussed in a variety of ways, and it has ramifications beyond copied projects. Students in high school could be encouraged to think about some of these issues. For instance, are there ideas that have no owners, ideas that are part of a common intellectual realm that exists outside of individual thought?

How can we distinguish between ‘common knowledge’ and individually generated ideas? Is copyright and ownership of intellectual property only a way of limiting the spread of ideas and knowledge? You could discuss the implications of patenting and bring up issues such as the differences between patenting products and processes. What relationship does plagiarism and copying have with the whole issue of patenting? 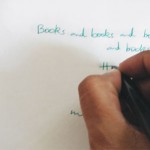 How can teachers spot plagiarism?
Here are some things to look out for.

How do teachers address the situation?