Bullying is commonly associated with physical abuse and intimidation, whereas it actually covers a much wider range of actions. A research conducted by the Fortis National Mental Health Programme in 2014 says a whopping 61% respondents reported witnessing bullying in school.1 This data is from about 300 schools in Delhi NCR and applies to all metro cities in the country.

Empirical evidence suggests that bullying can destroy a peaceful and fulfilling childhood. Besides the obvious disruption of the positive environment expected of educational settings, its effects are numerous and wide ranging. Some of the regularly cited effects are depression; stress related ailments such as headaches, stomach aches, and bed wetting; loss of interest in hobbies; decreased academic performance and absenteeism, etc. The effects are not limited to the victim. The bully might experience academic problems, increased tendency to drop out, delinquency, and substance abuse to mention a few.2 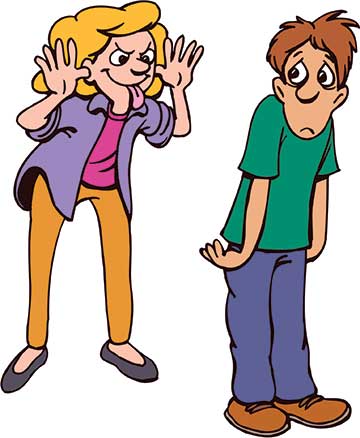 As far as solving the issue is concerned, the most important steps to be taken include large scale research, policy initiatives, and awareness campaigns for students. It is also imperative to equip teachers with a comprehensive understanding of bullying and with classroom intervention techniques.

What is bullying?
Bullying can be defined as ‘unwarranted, aggressive behaviour that involves acts perpetrated repeatedly by one child (or one group of children), who are comparatively powerful (or are perceived to be powerful), on another child (or group of children), that potentially or actually affect the wellbeing of the latter’.

Note, there are no ‘bullies’ or ‘victims’ as such; they become so only in relation to each other. Kid A who bullies Kid B can at the same time be a victim of bullying by Kid C. All permutations of this sort are not just possible, but very probable.

What kind of acts count as bullying?
Bullying behaviour is usually categorized into overt and covert – physical, verbal, social, and cyber bullying. They can be categorized in a more descriptive sense as follows:

How can one identify if a complaint is a genuine case of bullying?
Whenever teachers receive a complaint of bullying they must evaluate it under the criteria provided by research literature3:

How is it different from ‘ragging’?
Ragging is unwarranted, aggressive behaviour, that involves intentionality, but it is mostly short-lived and the power imbalance is defined in very specific terms instead of an amalgam. Therefore, ragging must be considered different from bullying. Ragging is a severe punishable offence whereas bullying is not recognized as an offence by any Indian law.

How does one respond to complaints of bullying?
The most important point to be noted is that both the victim and bully need attention. The bully must not be subject to the same punishments suggested by CBSE for ragging such as rustication. Both of them must be subject to regular counselling and the basic issues that lead up to bullying must be dealt with.

What are the key factors?
The key factors that need to be understood in order to resolve a case of bullying are: 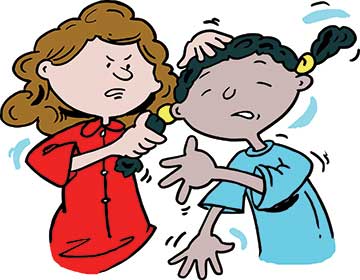 How can one prevent bullying behaviour in the class?

To combat bullying is an essential part of classroom management. Teachers need to understand and take affirmative action in their classrooms. This issue is of growing concern especially in recent times in light of globalization, increased media exposure, and digital media presence. Instances of bullying continue to threaten the physical and psychological safety of school-going children year after year6 and teachers can play a significant role in curbing this menace.

This article was inspired by and draws on the findings of a semester-long group project that I undertook as a part of my under-graduate course work. I’d like to thank my project teammates Apoorva Verma, Shubhankar Goldar, and Tanvi Jain; and our mentors Dr. Achla Tandon and Dr. Sukrita Paul Kumar for their inputs.

The author is a student at Delhi University’s Cluster Innovation Centre.