When an emergency occurs, immediate rescue operations, supply of food, and rehabilitation of those affected become the primary focus of the administration. The needs of children often get neglected, as the disruption caused to their education does not get the attention it deserves. 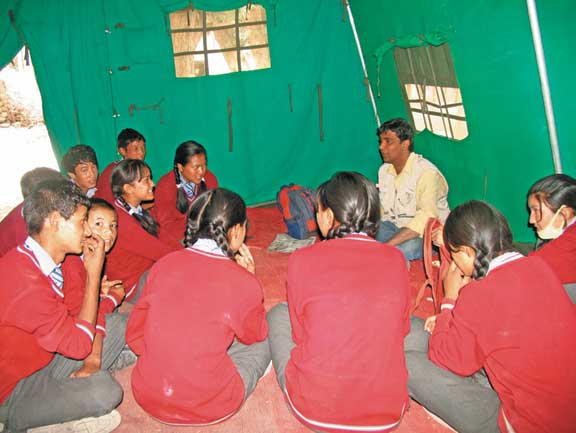 During a calamity, school infrastructure is often damaged. This includes the physical space, learning materials, books, learning/teaching aids, etc., which are partially or completely damaged. Children may also be affected psychologically if their homes have been damaged, if they have lost a close friend or relative, or if their educational materials have been destroyed.

Recently, the highest court in India recognized that education is a fundamental right and the State should guarantee this right to all children. This includes children affected by such special circumstances, and it is important that their needs are addressed. The disruption of a child’s education following a disaster may deprive him/her of the positive transformative effects of quality education. Save the Children, an NGO that works for child rights, by addressing the need for continuing education during emergencies, ensures that children have safe spaces for learning, with the necessary support and dignity. Providing spaces for continuing education during disasters also keeps children safe from abuse, exploitation, and other risks.

The situation in Leh
The flash floods in Leh and surrounding areas in early August 2010 caused immense damage to infrastructure. The destruction was concentrated in and around the two districts of Leh and Kargil. This included damage to roads (resulting in access and transportation issues), physical damage to schools, ICDS (Integrated Children Development Services) centres, and health facilities.

Assessing the damage
I was deputed, by Save the Children, to Leh in mid-August to assess the situation and take appropriate steps for providing relief. The focus of my assessment was exclusively on education, with the key objective of understanding the vulnerability of children to access education at that time and place. The assessment required consultations with children, community members, teachers, and senior education officials. 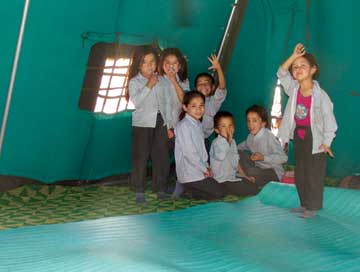 The flash floods had affected school infrastructure in the villages of Basgo, Igoo, Umla, Saspoche, and Tashigatsal in Leh district. It was noted that children here had no safe place either to play or learn. They were worried about the disruption to their schooling, which was a central part of their daily life. They had lost their school books, their schools were nonfunctional due to the damage caused by the floods and many of their families were forced to relocate, finding temporary refuge in either makeshift tents or in neighboring villages.

How the children were affected

The concerns of the community
Parents’ concern was primarily related to the continuity of their children’s education and recovery of their education materials. School uniforms were washed away and replacing them was a challenge. It was evident that the families had no alternate livelihood options and there was no scope for migration.

Concerns of the school management and education officials
The school managements were worried about children’s safety and health due to debris on school premises, where classes were being conducted. Books and magazines in the Book Bank, which functioned as a library, were completely destroyed. Safe drinking water was also a concern. The water streams used by children for drinking water were polluted with silt as a result of the floods, which led to outbreaks of diarrhoea. All the school materials like the furniture and teaching aids were also destroyed. And with the winter season approaching, reconstructing school buildings would be a challenge. 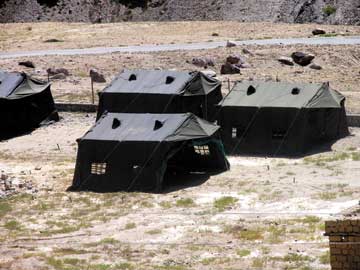 The steps taken
During the consultation process, we realized that the district administration faced challenges to immediately recover learning spaces for children to attend schools and continue their education. Therefore, safe learning spaces had to be arranged immediately for the children to access education and play, which would help them regain their learning abilities and reduce their psychological and emotional stress.

Save the Children coordinated with the District Education Department and immediately provided sufficient makeshift tents to the severely affected schools, so that enough safe space was available for the students to continue learning. Additionally, the schools that had lost their teaching aids/materials were provided with new kits. Educational material was provided to children who had lost theirs. This helped the schools that were destroyed by the floods to begin classes again, and the children to resume their daily schedule.

Therefore, it is always recommended that families, communities, and institutions have a preparedness plan to help reduce the vulnerability of children and promote safe environment. It is always better if disasters and development are looked upon as interlinked rather than as separate.

Tale from the field

“Rebuilding a school – with help from Save the Children” 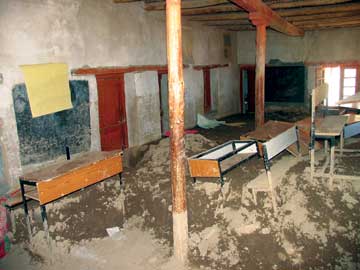 Background: The school in Saspoche has separate infrastructure for the students of primary and middle school. Under the Sarva Shiksha Abhiyan scheme, three new classrooms were constructed in 2003 for students of 6th, 7th, and 8th standards. For primary students (up to 5th standard), the classes were held in the old building, which had three classrooms and a verandah.

Impact of the flooding on school infrastructure
The primary school building was washed away by the flash floods and the subsequent landslide. The utensils and groceries stocked for the mid-day meal scheme were all washed away. The kitchen was destroyed completely. All the furniture and the teaching materials for the primary school section were destroyed too.

Challenges faced by the school teachers
The school management approached the Village Education Committee (VEC) for support in identifying rooms in the locality where classes could be conducted. The VEC suggested that classes be conducted in the greenhouse*, which the teachers felt was inappropriate.

Inspite of the damage, four teachers managed to start teaching from 7th August 2010. The classes were held in the three rooms that were unaffected. It was extremely difficult to conduct classes for all the standards (primary to grade 8), under one roof. Teaching children without any teaching aids, blackboards, learning materials also posed challenges, as it is hard to retain a child’s attention without these.

Difficulties faced by the children
With children of three grades crowded into a single room, the students were unable to concentrate and felt suffocated. The teachers began to hold classes in the open, exposing the children to the intense summer heat. A few parents did not allow their children to attend school as classes were being held in the open. There was no drinking water available on the premises and the mid-day meal was stopped. 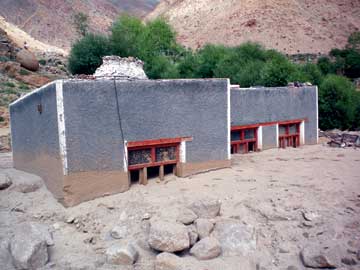 Save the Children intervention
The Save the Children team consulted with the Chief Education Officer and shared its concern for the children and teachers who were using the outdoors for teaching and learning. To solve this problem Save the Children procured high-quality, spacious tents that could serve as makeshift classrooms.

Impact of Save the Children response
The Pre-primary, 1st, 2nd, and 3rd grade, classes are now conducted in these tents. Occasionally, two classes need to be accommodated in a single tent, which can be extended. The level of noise and disturbance that the students face has now been reduced considerably.

*A greenhouse is constructed by fi ber sheets and other local materials meant to store vegetables and other fodder items to be used during winter season. One of the teachers said, “Classes cannot be held in this as it radiates heat and children will be vulnerable to diseases.

The author has worked in the social development sector for over 10 years taking care of assessment and relief operations during natural disasters. He is currently working with Save the Children, Andhra Pradesh as a Programme Coordinator. He can be reached at k.ranganathan@savethechildren.in.