The history of modern education in India dates back to 1835 and started with Lord Macaulay. His idea was to form a class of Indians who could become interpreters between the British and the millions whom they ruled. He wanted a class of people, Indian in blood and colour, but English in taste, opinions, morals, and intellect. He wanted to create an array of Indians who would be perpetual servants to the British. The examination reforms in India date back to 1882 with the Hunter Commission reporting the problems of secondary education and Sadler Commission reviewing everything from school education to university education.

Further, the Hartog Commission of 1929 devoted far more attention to mass education than to secondary and university education. This commission in its report said that “out of every 100 pupils (boys and girls) who were in class I in 1922-23, only 18 were reading in class IV in 1925-26.” This resulted in a relapse into illiteracy. In 1937, Gandhi came up with the Wardha Scheme of Education, which never fully came into existence. This scheme called for free and compulsory education of children between the ages of 6 and 14. The biggest irony of Indian education lies in the fact that it took us 71 years to implement the Right to Education Act (in 2009), which makes elementary education compulsory for children between 6 and 14 years of age. The National Policy on Education, 1968, called for education spending to increase to 6 percentage of the national income; this never saw the light of day. The highest we have ever spent on education in India is 4.57 per cent. For the year 2016-17 it was just 3.65 per cent of the GDP. In the last two decades, NCERT came out with the National Curriculum Framework (NCF). NCF 2005 draws its policy of learning without burden from earlier government reports on education.

Adhering to the spirit of NCF and the Position Papers of providing a burden-free education, the Central Board of Secondary Education introduced Continuous and Comprehensive Evaluation (CCE) in 2009. CCE gave equal importance to the formative and summative assessment of a child. It gave value to holistic growth. In 2011, CBSE made the class 10 exams optional. CBSE is one of the premier education boards in India. More than 16 lakh students appeared in class 10 examinations and close to 11 lakh students appeared in class 12 examinations in 2016-17. CBSE is considered liberal and modern in its approach towards imparting education as compared to the state boards. Recently, CBSE became the buzz of news items when it announced the change in its class 10 examination pattern. Earlier, the question papers were sent to schools which remained responsible for conducting and checking of the examination papers. Due benefit was given to the child for his or her co-scholastic performance. New methods of teaching-learning were incorporated and learning by doing was stressed upon. ICT became an integral part of teaching. Students prepared projects using ICT and it opened a new platform for them to learn from. CBSE invested huge amounts of money in training teachers and opened new Centres of Excellence across India. Massive training programmes were conducted across the country by the CBSE in order to train teachers and make them compatible with the CCE guidelines.

The introduction of CCE, however, was full of hiccups; its implementation at the pan India level took a couple of years and as things were about to settle, CBSE came up with a notification early last year restoring class 10 board examination from the academic year 2017-18. The notification came more like a fatwa, nullifying the efforts put in during the last 10 years. The energy and money invested since 2009 came to a standstill with the stroke of a pen. 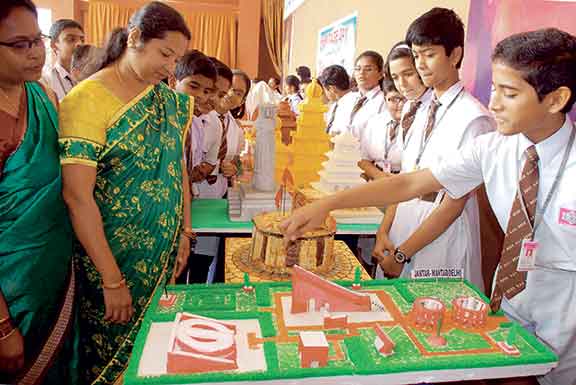 The roots of this problem lie in the year 2000. The Birla-Ambani committee set up to study reforms in education came with a policy framework that laid stress on making the students a skilled workforce, rather than thinking-questioning rational individuals. This committee further undermined the importance of subjects like philosophy, history, culture and literature. For them language was required to be taught merely as a skill to enable learners to write business letters. Secondly, the framework document laid stress on technology rather than science per say. The research and development of the students would be based on the expectations of the industry rather than the requirements of the subject or the needs of the knowledge hungry students. This was more like returning to 1835 when we were producing glorified clerks rather than research oriented pupils.

According to a 2016 report by the Montreal-based UNESCO Institute for Statistics and Global Education Monitoring, India has 47 million youth of secondary and higher secondary school-going age dropping out of school. Enrolment in class 10 is 77 per cent, but enrolment in class 11 is only 52 per cent, according to a report from the New Delhi-based Institute for Policy Research Studies (PRS). Six million children aged 6-13 are estimated to be still out of the school system, according to a 2014 survey by the Ministry of HRD. This shows that we have made very little progress since the Hartog Commission in 1929.

The abolition of class 10 school examination on the pretext of improving the quality of education is just a mirage to cover the shortcomings of our education system. With an increase in the number of students failing class 10, what kind of progress our education system will make is beyond comprehension. Suicide rate among school children is alarmingly high. In the year 2014 alone more than 2000 students committed suicide because they failed their exams. Failing a 15 year old will neither serve any purpose nor improve the quality of education. The abolition of CCE and school-based exam system will de-motivate both students and teachers. Students will resort to the age-old practice of cramming and teachers will now focus more on syllabus completion rather than on learning. This wrong step will flourish the markets with guides, examination keys and kunjis.

It’s been more than 180 years since Macaulay came to India and wrote the destiny of millions of young Indians. We are still struggling to find the right education policy for our children. This sudden change in exam policy by the CBSE has been under criticism as a class 10 marksheet has turned more into a proof of age rather than the success card of a child’s future. Every child is special and no one under 15 years of age deserves to be failed just on the parameters of some bogus examination system. It is like evaluating a fish, a monkey, a lion and a cat on their ability to climb a tree. We should strive to take our education system forward rather than going back to the stone age.

The author is an Educationist and works as a Sr. Coordinator with a reputed school in the NCR region. He is a CBSE Resource Person and an expert for designing & developing teaching – learning material both for the teachers and students. He is also an active columnist and career counsellor. He can be reached at more.jagdeepsingh@gmail.com.