Last month’s tragedy in a Bihar school, with 23 schoolchildren dying after consuming the mid-day meal, brought home the fact that life continues to be precarious for a large number of children in our country, both in school and out of it. The July 6 report from Bihar was followed by other stories of contaminated food being served in other schools across the country, while accident related injuries and deaths involving children continue to be reported with alarming frequency. With neonatal and infant mortality rates that are still shameful, clearly, this is no country for children. 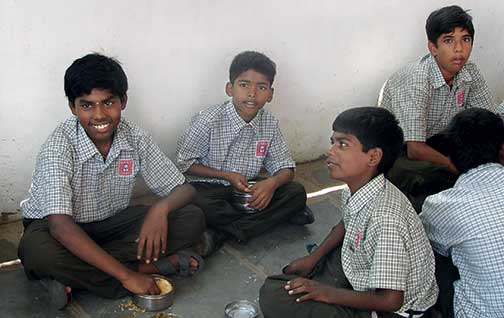 It becomes particularly shocking when children are vulnerable even in the institutions and spaces that are supposed to nurture and shelter them – home and school. While the former is a private space that is outside much of the regulatory framework and thus difficult to intervene in, the latter represents a publicly regulated space where a variety of controls and standards are supposed to apply. Controls that are aimed at benefiting children in terms of mental, physical and emotional growth. In reality, we understand that these controls are either absent or applied very unevenly, that children actually live, study – and work – in a variety of suboptimal conditions. From time to time, when tragedies like the one in Saran take place, the lack of standards becomes glaring and politicians and bureaucrats fall over themselves in trying to create an appearance of caring and reacting. As journalist Dilp D’Souza notes in The Daily Beast (India’s Most Dangerous Meal, www.thedailybeast.org, July 18, 2013), the tragedy just might prompt the government and local school authorities to more closely monitor the details of how such things as the mid-day meal are implemented, how they fit into the school routine and how they can be better regulated so that they are more than cosmetic measures to yield a statistic.

It is indeed a sad commentary on our system that it takes a horrific and completely avoidable tragedy to turn the lens on processes that should have, could have been in place but weren’t. Poor storage facilities, contaminated supplies, insufficient hygiene in cooking areas, improper handling of food and utensils, inadequate budgeting…the list goes on. But underlying this is the dismissive attitude, the utter disregard for the consequences of caring too little.

This issue of Teacher Plus looks at opening up one kind of dialogue in the school space that could help cultivate caring attitudes – that is, talk about religion and the inner life. But caring attitudes are needed at every level, and it’s only with such attitudes that we can build a truly safe school system, one that protects the body, mind and soul of a child.