The word ‘profiling’ is used quite a bit these days, but for most of us, profiling began very early. Right from the time we entered school. For, the earliest profiling that happens is of teachers.

When we were in school and there was a teacher who hadn’t taught us yet, people would whisper, “Shhh. She teaches maths!”

This has made me ponder quite often: Does years of teaching a certain subject mould you in a certain way?

Back in the days when I was a student, the subject you taught was a part of your personality. So you just needed to know what a teacher taught, and you had a fair idea of what to expect.

Maths teachers for example, were the most feared. The way they taught the subject was like maths itself – precise and unchanging. LHS=RHS. Not many maths teachers were known to be kind.

Teachers of physics and chemistry were like the subjects themselves. It was all scientific, with a hypothesis and a result. We were taught about force and velocity, and protons and neutrons. In the same way that we could not see molecules and atoms, the concepts that were taught were relegated to the books and the boards, nothing you could see around you. Biology teachers, like the subject, were more descriptive, kinder than the other science teachers. 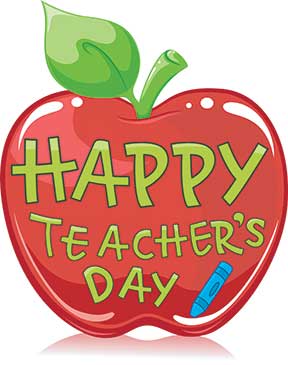 Teachers of history taught in a manner that seemed historical – looking at a book and memorizing information. Geography was like touring a new place – information that was alien to us. Civics was given stepmotherly treatment, perhaps a reflection of how much importance matters of civic responsibility are given in our country.

Music and arts teachers were never considered part of the mainstream. They would come into the picture a few weeks before the annual function and then crawl back into oblivion.

English teachers were performers – they were kind, and more likely to break into a jig, or a song, or narrate a story.

PT sirs were the ones with the free rein. They would size up students, shake them up, and scream if someone was doing something out of line. With the whistle around his neck, it was as if a tense football match was going on all the time. Or sometimes, it was WWF.

As part of my work at Creya Learning, I have to train teachers in 21st century teaching skills. Part of it includes giving students their space to learn. It is during these training sessions that I notice that the profiling is true, to a major extent.
***********
September 5 is Teachers’ Day.

In most schools, students will sing songs, distribute sweets, or take pictures with you. For the second half, the students will be asked to take classes.

This Teachers’ Day, surprise your students. Break those profiles that have been created from years.

How wonderful it would be if maths was taught like a thrilling drama – one in which, no matter what, the detective arrives at the answer in the end. Calculative. Precise.

Or if physics and chemistry were taught like exciting wars fought in the past. Beyond the blackboard and the pictures on the book. Or if history and geography were taught like biology – with colourful pictures and videos to bring them alive within the four walls of the classroom.

Your students will experience a new way of learning your subjects. They might even start a life-long love affair with the subject.

It’s time we fought those stereotypes.

The author is a blogger and an aspiring novelist. He can be reached at heartranjan@gmail.com.