I want to discuss in this article some of the questions about schooling that I have heard discussed over the years at university and in society in general. Many parents today, particularly wealthy, urban parents based in cities like Delhi, prefer to send their children to private schools in the city. Many such parents went to boarding schools themselves as children, schools scattered all over the country, in places such as Darjeeling, Ajmer, Dehradun, Mussoorie and Shillong. The boarding schools that they were educated at remain prominent names in the burgeoning plethora of schools in the country. However, when asked, they often demur and say that they would rather not send their children to those schools anymore. I wouldn’t have considered it noteworthy had they been the exception among boarding school-educated parents, but they aren’t. A majority of such parents say that they would not send their children to the boarding schools of yore.

Having gone to a boarding school myself, I consider this question interesting. Why is it that the boarding school today is an anathema to many parents? When asked for their reasons, most parents respond that they find the concept of boarding schools “outdated” and not compatible with the current lifestyle of urban families.

When I heard it the first time, I was sceptical about such a claim because I felt that I had grown up in a fairly contemporary environment in my school, which had provided relatively easy access to all the latest information, knowledge and culture. I never felt out-of-step with the times. However, it’s easier now to comprehend what parents mean when they speak about outdated schooling practices.

To understand it better, I would have to take the argument back to the basics. The Indian boarding school, at the time of its inception, served the children of a colonial and post-colonial elite. Most of the children came from military, bureaucratic and business families. These schools, or at least most of the prominent ones, were run by the colonial administration and its cultural proxies, serving the interests of the English educational project, which literally produced whole generations of businessmen, bureaucrats, politicians, educationists and other professionals in pre- and post-independence India. They were the sought-after schools because, exceptions notwithstanding, they were the only credible and functional schools in the field of Indo-Anglican education. They were located in remote and idyllic places, so that the children could grow up away from the hustle and bustle of urban life, and so that the missionaries and other groups that ran them could have the benefit of exclusive cultural influence over their wards. (These boarding schools continue to be located in idyllic places and continue to emphasize the pleasantness of distance from urban life.)

The families that sent their children to such schools wanted them to become Anglicized in a certain way, under the influence of suitably motivated school administrators, and the whole system served their purpose well. In most of the schools, either the military or religious factor contributed to the culture of discipline and authority that was enshrined in the institution. Authority was an established and well-respected principle. The culture of the time too generally favoured discipline and hierarchy, both in the family and otherwise.

In the boarding schools of today, a lot of these cultural factors have changed. While it would be true to say that most of the boarding schools continue to be pockets of the local elite, the kinds of families that send their children to such schools, and their corresponding reasons for doing so, have changed dramatically. You will notice, particularly if you speak to teachers working at schools in Gurgaon, Dehradun and Mussoorie, that most of the children who go to their schools come from local or even non-resident business families that experience work-pressures that prevent them from directly participating in the day-to-day care of their children. In eastern India, particularly the north-east, the boarding school-going population probably comprises those who feel that their urban private schools are not good enough for an all-round development.

But even among those who favour boarding schools for the kind of extra-curricular life they can offer their children, the fear of letting their children go away and grow up in what someone once described to me as an “emotional desert” can be daunting. Most parents feel that this is true of contemporary schooling. While discipline and authority have long ceased to be the guiding principles in parent-child relationships, the extant principle of “authoritarian distance” in boarding schools continues to be a harsh reality. Think of the school as a kind of corporation, to which several children are sent and where they are managed under different functional units, supervised by qualified professionals. The crucial difference between so-called day schools and boarding schools is the fact that the day school is only a part of the child’s daily life, while the home continues to be his or her centre of gravity, and his or her place of personal growth, emotional development and refuge. The boarding school is, as it always was, the all-and-all corporation, co-opting all aspects of the child’s life, in this day and age of greater intimacy and familial contact. The child does not distinguish between school and home. His whole existence is premised on the idea of belonging to a larger corporation or school, and he remains acutely aware of the idea of one giant institution governing all aspects of his life. 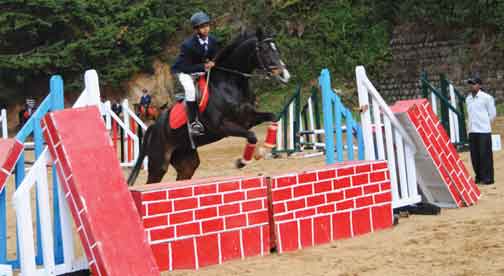 Of course, boarding schools continue to become professionalized with better services and more emotive “client-school” contact, but the simple fact that is emphasized by so many parents is that no corporation can manage to provide direct and all-encompassing emotional guidance to each of their children. Yes, it is possible to organize a whole bunch of children into manageable and controllable groups (hence the familiar concept of belonging to different “houses” with their internal organizational hierarchies), but there is no way that a school will be in a position to create an individual-specific emotional environment for each child. Boarding schools remain centres where children are, in a sense, managed as larger units. The crucial difference yet again is that all (and not part) of their daily existence is controlled and mandated this way.

The idea of a community-centric boarding school life is, I will argue, quite accurate. However, we must also realize the limitations of such a conception of community. Because of the regimental nature of community life, the bonds created are fragile and largely dependent on institutional control. I have seen many such friendships and relationships, as a community, become non-existent on the expiry of one’s tenure at boarding school. Surprisingly, the informal, loose and ill-defined “communities” formed in day schools amongst friends tend to remain more solid and less ossified in later life.

The hierarchies created in a boarding school – junior, senior, prefect, teacher, housemaster/mistress, headmaster/mistress – are deeply entrenched and are based on the organizational principles that I have mentioned here. Having been a junior/senior/prefect/head-boy, I am perfectly aware of the internal dynamics of these hierarchies and the ways in which they operate. Like anywhere in life, here too several extraneous factors (such as personal predilections and favouritism) play an important part. Those who do not find themselves in advantageous positions in these hierarchies do not even have the benefit of a countervailing home environment that could augment their self-esteem in other ways. Many of the problems of believing the images and notions of achievement thrust on students in such self-contained and self-sufficient “false communities” become apparent (if at all) only in later life. Teachers, despite being the most qualified and experienced professionals, are human beings with their own idiosyncrasies and inadequacies, and they too are prone to pitfalls in management and guidance.

The problem, however, gets aggravated when authority-figures in an institution happen to have personality and mental health issues. I have heard several teachers express their grave anxiety about this scenario, citing the potential fallout – for example, a greater-than-average rate of attrition among the staff, spurred by an atmosphere of professional spuriousness. In such a case, the effect on the children of the school cannot be ruled out either.

So, while many parents continue to entrust their children to boarding schools, the fact that a large majority of urban metropolitan parents have begun to question the rationale for such schooling is a matter of concern to many, especially to those like me who have grown up in boarding schools. For us, it is not only a question of educational relevance and viability but also a reason for self-introspection and re-assessment of our schooling experience. We now see our school life and experiences in a different light, something that we might not have considered doing earlier.

The author is a PhD student at La Trobe University, Melbourne. He can be reached at arjun.rajkhowa@gmail.com.