A scene in grade 2
Subject: ICT
Topic: Yoga and exercises to be practiced in case of prolonged computer usage

This is indeed a jolt to the interpretation of gender equality that the textbook had been trying to institute by printing pictures of both boys and girls. While the curriculum framers merely followed the prescription given by NCF (2005) to remove sexist bias in textbooks, they failed to understand how these initiatives in the form of depictions and mentions in the school textbook can be instrumental in changing the mindset of students who have limited understanding of gender equality. The question here is whether the visual power of these images and text actually has the potential to change a student’s attitude towards the role of women and men in society. So what’s this gender equality that we want our education system to propagate? Is it merely establishing that boys and girls are equal through a few pictures, images, instances, and examples? Are we in some way not orientated in our bias towards gender bias?

Our philosophies, attitudes, and perceptions regarding gender are laid the moment we enter this world. There is no denying that the family, as the primary agent of social interaction, sows the seeds of gender stereotypes, which are further fuelled by the society. By the time a child enters school, gender stereotypes will have, by and large, become fixed. Schools are then entrusted the task of breaking these strongly fixed gender concepts.

Our education system plays it safe when it comes to addressing gender discriminations and rather than letting issues out in the open, the system adopts the approach of denying or disguising them. Our teachers are groomed to adopt a neutral stance and avoid making explicit statements that address gender differences in class.

This nonchalant attitude translates into the fact that gender equality is often neither singled out nor spelled out. Isn’t that escapism in the guise of neutrality? Why has the system scared teachers from openly acknowledging that gender could pose a hindrance in class and that it has to be addressed? By gender we automatically assume that the victims are female and hence we have to by all means empower them. Gender also means boys but where are we addressing their concerns? 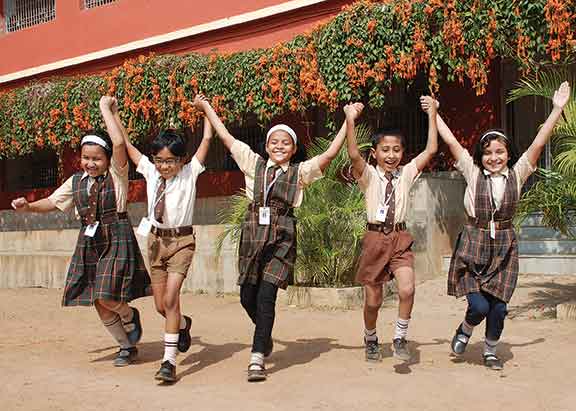 What needs to be done
A much lamented and overly highlighted persistent problem that plagues our education system is lack of time for all indulgences that are seen as apart from the syllabus. Honestly admitting, the teacher has no divine powers to accomplish everything in a short span of time nor are we equipping and training them for the same. Hence these textbook messages, desperately trying in their limited scope to establish gender equality, often do not get enough attention. Merely relying on textbooks to address gender issues won’t help as students rarely get the hidden message the textbook is trying to send across. On the contrary, letting these issues out in the open on a platform, where debates, arguments, confrontations, dialogues happen, will lead to the dilution of the strong stereotypical gendered notions that have roots deep inside. Merge gender equality sessions with regular classroom teaching and overtly address these concerns.

Gender equality as a thematic priority can be infused with all school co-curricular programs. Make provisions for conducting sessions on gender equality on academic calendars, where students get a platform to share their experiences, beliefs, emotions, thoughts and fears regarding gender identities. These would be beneficial as, during everyday lessons both teachers and students have to struggle for opportunities to talk and discuss.

The hidden curriculum in schools sends across powerful messages that establish gender discriminations. These could be in the form of seating arrangement where boys and girls sit separately, or in separate lines, uniforms, and even the dominance of female teachers with an under-representation of male teachers. Students should be given a chance to choose their uniform so that girls also wear trousers as uniform if they want to. Though this seems to be trivial, a dress largely impacts the indulgence or participation in co-curricular activities.

Conclusion
The objective is not to make the school environment supportive of gender equality but rather an environment that challenges it. Schools should, instead of stressing on gender equality, shift the focus on celebrating the biological differences between the genders which establishes their unique characteristics. Let girls and boys know they are different and that these differences are no hindrances in their life paths. Education in this essence will be truly liberating rather than advocating and imposing.

The author is a teacher educator in Somaiya College of Education, Mumbai. She can be reached at puja1410@gmail.com.