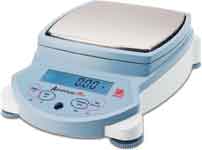 In the last instalment of this column (Teacher Plus, November 2011), we looked at instruments and the many uses of building one for yourself. I have been thinking about the instruments we use in daily life, and in laboratories too, thermometers, balances, pumps with pressure gauges, etc. Many of these now have digital counterparts and have become ‘black boxes’. Of all these, thermometers still are recognizable to the ones in my childhood, though many are switching to the digital/electronic version. The greatest change is in the balances. Even the smallest of shops now has the electronic top pan balances with tare facility, so the weight is read off. Perhaps, only the street vegetable vendors carry the old takdi. When the students learn about mass in physics classes, I have to describe the old balance and its principle of working. The lab has a top pan balance and a lever arm balance (the postal balance). There are a couple of problems in using these. The students are used to the tare facility and so it is difficult for them to understand why they have to weigh a container and then add the required amount of substance and note down both values. Both kinds of balances directly show a reading. This type of data does not explain the meaning of the definition of the unit of mass. Textbooks define the SI (Systeme Internationale) unit of mass as the kilogram and say that it is the mass of a particular cylinder of platinum – iridium alloy kept near Paris in France. All other masses are compared indirectly with this. But our present balances do not show this relationship.

When I was a child, we made takdis with lemon halves or matchboxes, broomsticks, and thread. The lemon half takdi was more satisfying because the pans looked like the actual ones. We used to take squeezed lemon halves and clean them by pulling out the pith, then made three holes in the rind of each half and suspended them by a thread on a broomstick. A looped thread at the centre of the broomstick was the handle. The greatest difficulty was to get the two pans to balance. Once that was managed, we used to use gulganji seeds as weights, believing in the story that they are so uniform that goldsmiths use them as weights.