For most Indians, August means Independence Day! It is the time when politicians across party lines band together and sing in chorus what a great country India is – sare jahan se acha hindustan humara. The common man listening to the ‘bhashan’ thinks: ‘If it is such a great country, how in god’s name did we end up electing a crook like you?’ But then, that is what makes our Bharat so mahaan!

July and August are the only two months in the Roman calendar that do not honour a god; they celebrate the achievements of two mortals, instead. July or Julius, as we saw in the last issue of this magazine, was named in honour of Julius Caesar. The Roman Senate decided to honour Emperor Augustus Caesar, the man who brought peace and prosperity to the country, by naming the eighth month of the year after him. 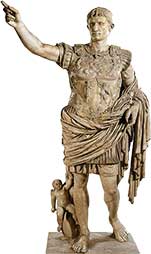 Before the Julian calendar was adopted, the month that we now know as August was called ‘Sextillus’, meaning ‘sixth month’. In 46 BC, when Julius Caesar succeeded in becoming the dictator of Rome, he named his grandnephew, Gaius Octavius, his legal heir. Two years later when Caesar was assassinated, the nineteen-year-old Octavius joined hands with Mark Anthony and spent the next few years exacting revenge on all those who had plotted against his granduncle. When all traitors had been put to the sword – including the likes of Cassius and Brutus – Octavius and Anthony shared the spoils of the empire between themselves.

Anthony, who had been smitten by the beauty of Cleopatra, chose to rule Egypt with his ladylove by his side, while Octavius ruled over Rome. The mutual understanding did not last long; sensing that Cleopatra was using her wiles to usurp the throne for herself, Octavius invaded Egypt. In the bloody battle that followed, Anthony and Cleopatra were defeated and the lovers took their own lives.

When Gaius Octavius became the Emperor of Rome, he took the name Augustus Caesar, meaning the ‘venerable Caesar’. Although he was born in September, the Roman Senate decided to honour him by naming the month of August after him because over the years, most of his major military triumphs occurred in this month. In the original Julian calendar, with the exception of February, the months alternated evenly between 30 and 31 days. When Julius Caesar died, July had 31 days, and ‘Sextillus’ or the month of August had only 30. To ensure that the citizens of Rome saw the granduncle and grandnephew as being on the same pedestal, the Senate decided to increase the number of days in August to 31. In order to facilitate this, February, which earlier had 29 days, was reduced to 28.

Augustus was the first true Emperor of Rome, and by putting an end to the civil wars he brought peace and prosperity to the country. On the home front, he introduced many social reforms and transformed Rome into an awe-inspiring city by erecting many magnificent buildings. He apparently once boasted that he had found “Rome mud and left it in marble”. 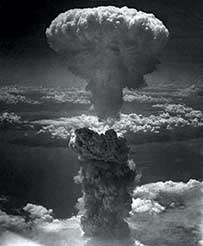 Since Augustus had most of his military triumphs in this month, it is not surprising therefore many wars started during August. History shows that one country that becomes rather trigger-happy during this period is the United States. On 7 August 1953, against the advice of France, the United States stepped into quicksand in Vietnam. The war lasted nearly 20 years, and finally in August 1972, after losing nearly 60,000 soldiers, American troops returned to the US with the proverbial tail between the legs. Many people think that the success that the Americans had tasted in the Second World War had made the young nation arrogant, and it resulted in their waging a war against an enemy they did not understand. At the end of World War II, America was the lord and master of all that it surveyed. After all, it was its military might that brought about an abrupt end to the war; in August 1941, it dropped Atomic bombs on Hiroshima (6 August) and Nagasaki (9 August) forcing the Japanese to surrender unconditionally. The US was at it again nearly 27 years later. On 2 August 1990, George Bush along with a host of other world leaders declared war on Saddam Hussein for invading the oil rich country of Kuwait. This became known as the First Gulf War. Thirteen years later, Bush’s son, George W, the President who had the knack of putting both his feet in his mouth every time he opened the orifice, started the Second Gulf War claiming that Saddam Hussein had weapons of mass destruction. None was found of course, and when Iraqi soldiers started launching missiles from donkey carts, the late night comedian, Jay Leno, quipped that the President had found ‘weapons of ass destruction’.

August is also the month that saw the death of several women whose breath-taking beauty made them household names. It was in August in 31 BC that Cleopatra, the woman who had powerful men like Mark Anthony and Julius Caesar wrapped around her little finger, took her own life. Various theories exist about the cause of death; but the one that appeals to the romantics is that she used a poisonous snake (asp) to kill herself. Another beautiful woman who died in rather mysterious circumstances in the month of August was Norma Jeane Mortenson – better known to movie buffs the world over as the blonde bombshell, Marilyn Monroe. Some believe that this pop and cultural icon committed suicide by consuming sleeping pills, but conspiracy theorists maintain that she was murdered. Whatever be the case, she is one the few actresses to have a song composed in her honour – Elton John immortalized her in one of his best known songs: ‘Candle in the Wind’. Twenty-four years later, after changing the lyrics, he sang it at the funeral of the ‘People’s Princess’ – Lady Diana. She and her significant other died in a car crash on 31 August 1997 while trying to get away from the pesky paparazzi.

While Cleopatra, Marilyn Monroe and Lady Di were known for their outer beauty, there are some who have captured the hearts of people through their inner beauty and strength. A person who has captured the imagination of people across generations is Anne Frank – the brave little Jewish girl from Holland who gave a detailed account of her life in hiding from German soldiers. Her last diary entry was dated 1 August 1944. A day later, she and the members of her family were captured by the Gestapo and sent to a concentration camp. And what about Augustus? When did he die? Strangely enough, he died in August.