Films are fun, aren’t they? The idea of a free weekend and a new movie playing at the nearby theatre can tempt most of us. And if it’s too hot, renting a video is not such a bad idea. Movies are all around us; huge cinema posters dwarf the traffic lights at intersections, long lines wait to snap up the first show of a new film, and television interviews with film-folk are avidly watched. So why not bring this interest into the classroom and combine some learning with our favourite leisure activity? We can talk about our favourite movies, watch them again and engage in understanding the art and technique of film. We can go behind the ‘screen’ and distill the alchemy of sound and image, look at film forms and take a tour of the world cinema, and we can sing old title songs and recapture some of the culture of those years. So, in the words of Maria von Trapp, let’s start at the very beginning, a very good place to start… 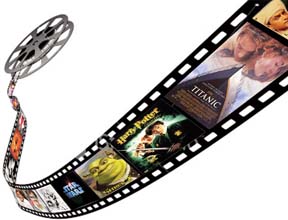 Flashback
So, get your class to talk about the oldest film they’ve seen. Have films always looked the same–
with colour, sound effects, animations, dialogues, story and music? Or is there a story of evolution here? There certainly is! Art is as integral to the making of a film as technology. In fact, in the absence of technology, there would be no film.