T.S. Eliot began his rather incomprehensible classic, ‘Wasteland’ with the line “April is the cruellest month”. Most practicing teachers in India would readily endorse Eliot’s sentiments, for in many educational institutions in our country, April is the month when people are either giving or taking an exam. As the taker of an exam, I always felt that the teacher got the better end of the bargain. All he did was to spend a few lazy minutes noting down whatever questions popped into his silly head, while the poor student spent a few miserable hours thinking up answers that would meet his approval. Now, of course, as a teacher who has nearly 30 years of experience behind him, I firmly believe that it is we teachers who get the short end of the stick. While the student on an average spends two to three hours coming up with questionable answers, we spend a lot more time wading through the answer scripts of the entire class. Some of the answers make us shudder, and bring to mind Kurtz’s famous line in Joseph Conrad’s novel, Heart of Darkness – “the horror, the horror”. Add to this pressure-packed situation, the soaring temperatures experienced in April, and we get a heady concoction.

Yes, April is a cruel month. But surely not in the western hemisphere! After the dark, dreary days of a cold winter, people in Europe and America usually look forward to April for it heralds the birth of spring! Remember what the poet Robert Browning had to say about this month in his poem ‘Home Thoughts from Abroad’? He said, “Oh, to be in England Now that April’s there!”

While April may be a month of examination horrors, there is one thing that our students love about it – the first day provides them with a welcome opportunity to play tricks on their teachers and fellow classmates. It gives them the licence to get back at those who have tortured them all year long. Why do people all over the world take great delight in doing this on April 1? Ever wonder how this rather strange tradition started? Before going into the history of the event, a few words about the word ‘April’ itself. This word became a part of the English language only in the 12th century. The earlier word that was used to refer to April was the Old English ‘Eastermonad’. It meant ‘Easter month’. Like many words in the English language, ‘April’ is not an Anglo-Saxon word; it comes from the Latin ‘aperire’ meaning ‘to open’. The month was given this name because it is during this period when nature comes to life; when she literally opens up in front of our eyes – the leaves on the plants and trees open, the flower buds open, etc. Others believe that the word is derived from the Latin ‘Aprilis’ meaning ‘month of Venus’. The month was named to honour the Goddess of Love, Venus/Aphrodite. Makes sense, doesn’t it? After all, during spring, it’s not just flowers that bloom, love begins to blossom as well! 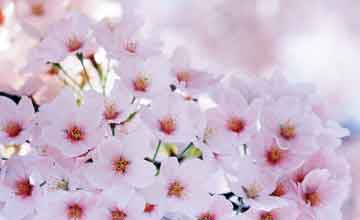 Why do people all over the world take delight in playing tricks on one another on April 1? There are several theories regarding this. One among them is that when most of Europe followed the Julian calendar, New Year’s Day was celebrated on or around April 1. In some countries, the revelry began as early as March 25. This practice was discontinued in 1582 when Pope Gregory XIII ordered that the old Julian calendar be replaced by the Gregorian calendar. This change in calendar resulted in the shifting of New Year’s Day from April 1 to January 1. France was the first country to implement this change, and soon other countries followed. Many people across Europe, however, refused to accept this change in date; they didn’t like the idea of celebrating the New Year in the middle of winter. They preferred the spring, and to mark their protest, these individuals continued to celebrate New Year’s Day on April 1. People who had adopted the Gregorian calendar thought these traditionalists were fools and soon made them the butt of their practical jokes. On April 1, they were sent silly gifts and were frequently tricked into going to parties that were not going to take place. Soon, this idea of playing tricks on people caught on, and spread all across Europe.

Is all of this true? Or am I pulling a fast one? Is it one big (April 1) hoax? That’s for me to know, and you to figure out! We have a few tough weeks ahead, but remember this, if April comes, can summer vacation be far behind?