Anand called, we met and it was the meeting of a strapping, successful 28 year-old on an equal footing with a middle-aged teacher after almost 18 years! We spoke non-stop and caught up on all the intervening tidbits and bigbits. And then I popped the all important question that was haunting my mind, “Why me?” To which he replied very simply, “I have been tracking you on Google for some time now… because a few years ago, when I looked back to find out some happy moments that had shaped me, the years spent with you in primary school stood out very clearly. And I believe that they laid the foundation to who I am today.” And then he went on to relate ever so many tiny incidents and conversations that had made such a deep impact. I was touched and amazed.

My mind went into flashback – to see what had given me the strength to make such an impact. When did I become who I am? The rewind trip captured moments and events to understand exactly when that ‘aha’ moment happened… and I did discover it – an event tucked away in the high school years. 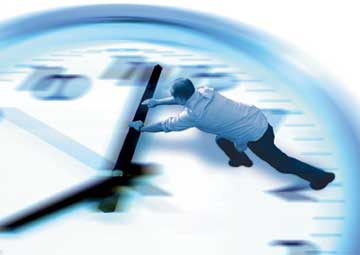 My class teacher of grades 9 and 10 breezed into my life with a freshness that left me and the rest of my class awestruck. She was unconventional to say the least, in her style of dealing with us, in the way she brought humour into class, the way she made the English language and Shakespeare something that one could actually fall in love with…. and all the while maintaining an exterior that was in every way conformist; not a hint of what she held inside. Her classes were the high point of our day.

One day, a few days before the board exams, she handed out a chit to each one of us, with our names and a message on it – an individualized good wish message for each us appearing for the board exams! I eagerly read mine, it was to be imprinted in my mind forever and gave me that first all important trigger towards having more faith in myself – “plod and sweep away the dust and look forward to a giant P1” (the Cambridge board had Ps and the lower the Ps the better the grade). I was thrilled! I never thought I was capable of getting a P1 and that Miss bracketed me in that category! I was a quiet one in school, part of the herd, with nothing major to talk about or be talked about, unlike many of my other classmates who would win various competitions.

This simple message spurred me on – more to remain intact in her eyes than out of any lofty desire to win. And, yes, I did get several P1s, passing out of high school with not just an impressive report card, but with a new found self-esteem – the greatest gift ‘miss’ could give me as a teacher – that of good self worth and a confidence that one can do, if one tries.

Cut to the present. After meeting up with Anand who thanked me for the gift that he claimed to have received from me, there was a deep desire to track my ‘miss’ down and thank her.

They say that if you wish something strongly, then the whole universe conspires to make it happen. And yes, I did track Miss down! With trembling fingers I dialled the Bangalore numbers that I got from one of my classmates. I called; her voice at the other end sounded not a day older and not an iota less warm, than when we last heard her almost 35 years ago! With all the irreverent humour intact! “oh, unakkum number kaduchuditha?! “(oh! So now you have the numbers too, is it) she said in her characteristic nonchalant way. “Let’s speak in Tamil, rather than English,” said my old English teacher! And then she went on to find out all about me, my family and my work. Could I detect a hint of pride? I gushed like an excited schoolgirl and recounted the message and how it had changed my life. And that I wanted to meet her.

And sure enough a Bangalore trip materialized, reconnections with other ‘75ers in Bangalore happened and 3 of us trotted off to meet Miss one afternoon. We met her, graceful 80 plus, in salwar kameez now – the intervening years just slipped away. “Gundu gunda vanthudichu” (the fat ones have arrived) referring to our broad middle aged girths! Her face was as radiant as ever, her sense of rough humour even better, now that we were all adults. She regaled us with the scandalous inside stories of the school from those years, why she discarded the chaste dupatta, she spoke tongue in cheek about the educational system, and with her typical ‘I don’t care’ attitude about things in general. She told us about all those who had got in touch and the thoughts they shared. It was clear that she was deeply happy to meet us. We left her after over 2 hours of non-stop laughter and nostalgia with warm fuzzies in our hearts.

Our virtual group was buzzing with posts – writers, dancers, scrabble champs, professionals, bureaucrats, business women, homemakers, educators, but above all good human beings – she had influenced them all. Her warm eyes glinted with passion when she spoke of her “children” in the various schools that had the privilege of having her at the helm of affairs. The years had not dulled the “teacher” in her, even after more than four decades of educating!

The meeting taught me some new lessons:
We all need a helping hand to help us cross over: it could be a moment lost in the crevices of our being, or a big event, a kind word heard at the right time or a shoulder that came and left silently.
As educators we may never know the extent of our impact – We need to watch our step, our words and actions.
For me it was a personal cycle fulfilled: What I received from Anand went back to where it rightly belonged – to Mrs Girija Karthikeyan.
Miss! This is for you, if you are reading it – from all the HAC 75ers! There never will be another one like you!

The author runs Edcraft, Hyderabad, a firm engaged in making teaching-learning materials, conducting workshops and providing consultancy services. She can be reached at sheela.ramakrishnan@gmail.com.