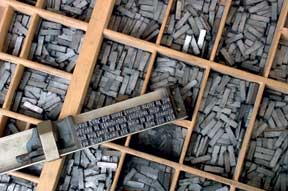 As someone who went to school in the Seventies and Eighties, the history that I read had nothing of science and the science that I read contained little of history. As a result, to my incomplete understanding then, the advances in science and technology had happened solely due to the genius of a few gifted individuals who conjured up stuff like the Periodic Table, the Photoelectric effect or the cure for malaria from within the confines of their labs.

It was really much later that I learned that this separation between science and the historical narrative is much more serious an anomaly than we make of it , for it deprives us of insights that would have otherwise informed our worldview in a far more nuanced manner. A close look at the history of science and technology reveals a picture that is very different from that of popular perception – the stellar achievements of science do not fit readily into a linear narrative of eureka moments of geniuses who seem to crop up regularly every now and then. Rather, most groundbreaking advances were influenced by an intricate web of societal factors, many of which were separated by large sweeps of time and geography. To illustrate this, we will look in some detail at three specific examples – one is drawn from the early Renaissance period, the second relates to the period of the Industrial Revolution and the third is drawn from the twentieth century.

The author has a keen interest in history that is multi-disciplinary in approach, especially in the social history around science and technology. He is the Head-Sustainability at Wipro Ltd and can be reached at narayan.pan@wipro.com.