Over the years, opinions about the month of April have varied. The Nobel Prize winning poet, TS Eliot, dubbed it the ‘cruellest month’ in his esoteric, difficult-to-understand poem ‘Wasteland’. A contemporary of Eliot’s, Edna st. Vincent Millay, echoed his sentiments when she summarily dismissed the month that ushers in spring. She wrote, “April comes like an idiot, babbling and strewing flowers.” Given the current political climate and the innumerable number of scams we have been witness to for over two decades, perhaps the quote that is apt for us Indians is that of the American humourist, Mark Twain. Referring to 1 April, he said, “This is the day upon which we are reminded of what we are on the other three hundred and sixty four.” Our politicians do make it a nasty habit of repeatedly reminding us of what fools we have been and will continue to be – for having elected them in the first place, and then proceeding to turn a blind eye to their unscrupulous ways. 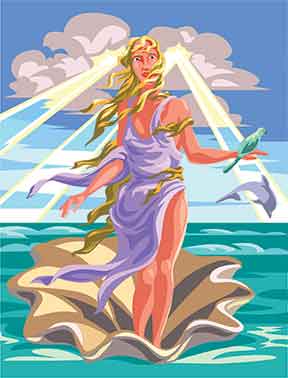 While for most Indians, ‘April’ means ‘soaring temperatures’, ‘power cuts’, and ‘water shortage’, many in the West see it as the month when nature wakes up from her long winter slumber and comes to life. Grass begins to grow and seeds that had been lying dormant under the frozen ground, sprout and seek the warmth of the sun. Within a matter of days, the previously barren landscape is transformed into a riot of colours. It is not surprising, therefore, that in the past, this month was referred to as ‘aperire’; in Latin, the word meant ‘to open’. Mother Nature literally opened up – flowers bloomed and trees began to grow new leaves. Some scholars, however, argue that ‘April’ comes from ‘Aprilus’ – in honour of the Goddess of Love – Venus or Aphrodite. Perhaps this explains why many people go potty during this month and fall for the wrong person like the proverbial ton of bricks. It is interesting to note that the word ‘April’ itself is a recent addition to the English language; it became an everyday word only as recently as the 12th century. Prior to that, the Anglo Saxons always referred to what we now call ‘April’ as ‘Eastermonad’ – literally meaning ‘Easter month’. It was the month that Easter was celebrated.

For children, of course, the first day of April is something to look forward to, for on this day they have the licence to play outlandish pranks on their fellow classmates, and perhaps more importantly, on their teachers. Playing practical jokes on the dear and not-so-dear ones on this day is not something that is restricted to India; it is a global phenomenon. You may wonder why grown ups stoop to the level of children on this day? I wrote a brief account of the origins of April Fool’s Day in the April 2012 issue of this magazine. For those of you who were sensible enough to give the article a skip, let me briefly summarize what I had written – there is no escape! Till 1581, since all of Europe followed the Julian calendar, New Year’s Day was celebrated on or around 1 April. Very often, the festivities lasted for a week. In 1582, when Pope Gregory XIII ordered the replacement of the Julian calendar with the Gregorian calendar, it resulted in the shifting of New Year’s Day from spring to the middle of winter – from 1 April to 1 January. There were many people who thought this move was unwise, and as a form of protest continued to celebrate New Year’s Day on 1 April. Others, who had unhesitatingly adopted the new Gregorian calendar, thought the diehard traditionalists were being foolish, and in order to teach them a lesson made them the butt of their practical jokes. Those who celebrated the New Year on 1 April were sent meaningless gifts and were frequently invited to parties that were never going to take place. Soon, this idea of playing tricks on people caught on, and spread all across Europe – thus All Fool’s Day was born.

Today, it is an event that is known the world over. Countries celebrate the day in different ways. In Scotland, for example, April Fool’s Day is a two-day event. It is on the second day that individuals play pranks on each other – the most common one being trying to pin a tail on someone. It is not surprising, therefore, that in Scotland this day is also known as ‘Taily Day’! In France, it is called ‘April Fish’ and most pranksters try to stick or pin a paper fish on the back of an unsuspecting individual. No matter how it is celebrated, as far as couples are concerned, the good thing about the event is that unlike Valentine’s Day, one does not have to dip into the wallet and spend oodles of money to please the ‘insignificant other’ – or is it the ‘significant other’? It does not really matter, I guess, for most married couples would agree that over a period of time love and affection begin to dwindle and the ‘better half’ or ‘bitter half’ is reduced to the ‘insignificant other’ or the ‘bitter pill’.

Now, what are some of the major events that took place in the month of April over centuries? As teachers, we are often compelled to refer to dictionaries – in April 1806, Noah Webster came out with his first dictionary, often referred to as the first true dictionary on American English. It was in this dictionary that he brought about a revolution in the spelling of English words. While many of his proposed changes were accepted (‘center’ for ‘centre’ and ‘plow’ for ‘plough’), some were not: ‘tung’ for ‘tongue’ and ‘wimmen’ for ‘women’. A few centuries earlier, on the other side of the Atlantic, the Swan of Avon, William Shakespeare was born in this month. Strangely enough, 52 years later, he died on the same date that he was born, 23 April. For most sports enthusiasts in India, April means one thing – the Master Blaster, Sachin Tendulkar’s birthday. On 24 April, all TV channels will repeatedly air clippings of the ‘God of Cricket’ cutting a cake. This was also the month that the so-called unsinkable ship ‘Titanic’ sank in a matter of few hours. What about the two stars – Leonardo DiCaprio and Kate Winslet – who starred in the mega blockbuster? Were they born in April?