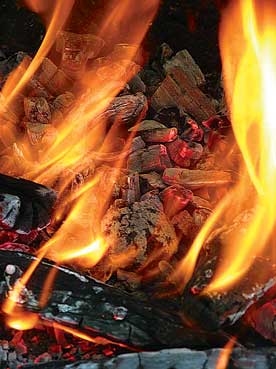 Carbon is one of those elements known to man since prehistoric times, in the form of charcoal and soot. Despite the fact that it is one of least available elements in the earth’s crust, it is difficult to imagine life without it. In its various forms carbon is found in everything from wood to the human body. We know that the diamond and graphite (popular as the lead used in pencils) are different forms of carbon. But what is interesting is that despite possessing the same chemical properties these two forms of carbon are as different as chalk and cheese. While diamond is the hardest material known, graphite is one of the softest. Diamond is transparent but graphite is opaque and black. Your students might find it interesting and instructive to create a table comparing and contrasting these two different naturally occurring forms of carbon.

Carbon in nature
We already know that carbon is found everywhere in nature. It’s in the air, in our cars, in food. The air we know has carbon dioxide that we breathe out. How is carbon dioxide formed? Why do we feel refreshed when we sit under a tree?

The author has been in the field of education for the last 25 years and has published articles on education and children. She can be reached at srijaya68@gmail.com