A few months ago, a very unfortunate incident took place in a school in Chennai. A 15 year old boy, a student of class 9, stabbed his teacher to death. Why? Because the teacher, R. Uma Maheswari, had remarked on his poor performance in her subjects in his progress report. The boy is believed to have admitted to the police that it was the Hindi movie ‘Agneepath’ that inspired him to take revenge. 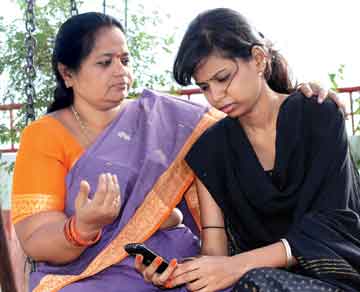 The incident is certainly an eye opener for all those who work with and take care of children. It is a shame that in a country that equates the teacher to God, a teacher was murdered so heinously. Where is the modern generation going? As the element of moral education is disappearing from the realm of education, arrogance and anger seem to be on the rise in teenagers. The increase in the rate of crimes by the children clearly points to that. Today, movies and the television pass on violent, provocative and sexual messages, which instigate adolescents to commit violent crimes. It is at the adolescent stage that a human being is most vulnerable. He/she is easily influenced by and is susceptible to the surroundings.

The future only appears bleaker, therefore there is need for a proper education policy that will include some type of psychological aid for children and teenagers to develop their understanding, and to help them tell right from wrong. This psychological aid can be provided through the mechanism of psychoanalysis of children and teenagers. Psychoanalysis is a method through which children are given proper advice with regard to their problems, and through which the effect that their social surroundings (such as television, films, friend circle, etc.) have on children can be gauged. Using psychoanalysis we can know in what direction the child is going and we can provide the child with proper guidance; tell him how to control anger, how to react in a particular situation. It is unfortunate that till now psychoanalysis has not received proper recognition from either the government or academic scholars.

Psychoanalysis is not a complex or complicated subject. It is a very simple method in which the teachers/guardians interact with the child and try and understand his/her problems; in simpler terms it is a type of mentorship or counselling. In the psychoanalysis, we study those factors that affect the behaviours and emotions of a child (psychoanalysis can help both children and adults, but for this article we are concerned with children only, therefore we will use the word child, instead of person), such as fight scenes in a movie, which may make a child violent. However, if the child is guided properly and helped to see the reason behind the violence in the movie then the influence of such a fight can be reduced or neutralized.

Once the teachers/guardians understand the problems that the child is going through (which maybe anger, unhappiness, distress, etc.), then he/she can be guided as to how to tackle these problems, and told how to direct their emotions and energy in the right direction. Many a time, if proper direction is not given to a child, then he/she may develop many types of personality imperfections, such as nervousness, phobias, mood-disorders, etc., under the influence inappropriate surroundings.

Teachers/guardians need a little training to undertake psychoanalysis tests. In psychoanalysis, a session of 45-50 minutes is usually held every two-three weeks. In this session, the teacher talks to the child about the child’s problems, finds out what the child thinks about different issues, and other related things. To encourage the child to talk about what is going through his/her mind the teacher may ask questions, or show related posters, pictures, videos, etc.

Based on the child’s responses to these various stimuli, advice or techniques such as yoga or meditation are suggested to help sort the problem. Through the process of psychoanalysis, children can be made more responsible, caring, creative, and happy.

In schools and colleges, proper facilities to conduct psychoanalysis must be established. Although in developed countries special courses have been initiated for training personnel in the field of psychoanalysis, in India there are no specialized courses for the same. The government must organize different types of courses and programmes to train teachers in psychoanalysis. It must be made mandatory for every college to have a few people trained in psychoanalysis depending on the strength of students. One psychoanalyst must not have to deal with more than hundred students in one month. 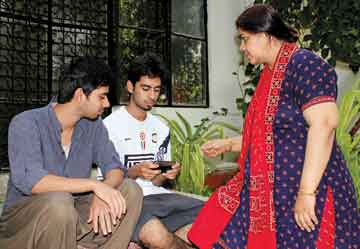 Psychoanalysis is highly essential for children, especially in a society like India, where exists many types of cultural conflicts, and where the society is in transition from a traditional culture to a modern one. Psychoanalysis does not involve any medication, but in exceptional cases of distress or any other severe mental disorder medication may be suggested for short terms or a long term (depending on the severity). Along with teachers, parents must also be encouraged to learn the techniques of psychoanalysis. Although increased focus on psychoanalysis will be considerably beneficial in reducing mental distress and violent tendencies in children, we need to focus simultaneously on their moral education to make children better citizens.

Through the process of psychoanalysis, we can know

Among other things psychoanalysis must focus on the following

The author is a 4th year B.A. LLB (Honrs.) student at the Dr. Ram Manohar Lohiya National Law University, Lucknow. He can be reached at avneesh.dhariwal@gmail.com.