Stories fascinate everyone. Though teachers in the junior school often use stories to teach morals or sometimes concepts, I have found that even adolescents or students in high school enjoy stories.

I heard the story of solar eclipse from a prominent astrophysicist, Dr. Jayant Narlikar, during a workshop on astronomy and astrophysics, conducted by IUCAA, Pune where Dr. Narlikar was one of the speakers (I had also read the story in an article written by Dr. Narlikar in The Times of India in 1998 but I don’t remember the precise date). At that time I was doing my masters in astrophysics, yet the story appealed to me and my classmates.

Ever since I started teaching physics, I ensured that I narrated this story to students of every grade, whenever possible and this particularly helped children remember the alignment of the sun, the moon and the earth during solar and lunar eclipses.

The story goes like this……
Long ago ….once upon a time, Earth was a beautiful young girl. She was so pretty that every young boy wanted to marry her. During those days, Sun and Moon were two handsome young boys. Moon, used to be bright and shining and like Sun, it too had a lot of fire in it. Both the boys, Sun and Moon were very good friends and adored the pretty girl, Earth. Earth enjoyed all the attention that she got from these young men and felt extremely proud of her beauty and looks.

Sun, unlike Moon, was clever and smart but Moon was brave and loved to take risks.

One day Moon told Sun that he loved Earth very much and wanted to marry her. Listening to this, Sun became upset and said that he loved Earth more and he also wanted to marry her. The two young men could not think of a way out and neither was ready to let the other one marry Earth. They realized that they could not settle the issue and decided to go to Earth and agreed that whoever she would like to marry will be her husband. So they immediately went to meet her and told her the entire story.

Earth was a smart young woman and was quite diplomatic. She said, “I like both of you and don’t want to hurt anyone. I always wanted to marry a handsome young man. Both of you are good looking and are my friends, so rather than quarrelling on this issue and spoiling our friendship, let us keep a competition between the two of you and whoever wins the competition will marry me.”

Both Sun and Moon agreed to this solution and sat down to think about what competition would be good for them. Sun, being the sly one, came up with the idea of having a race. He said that they could start the race from the mountain and would run till the river and then swim through the river to cross it and then come back. Whoever wins the race will marry Earth. Moon agreed to this because he knew that he ran faster than Sun. He was confident that he could comfortably win the race and marry Earth, So both Sun and Moon went to Earth once again and told her the plan.

People came to know about the competition and everyone was keen to know who would marry Earth. Soon a day was decided for the race and everyone gathered at the mountain base to see the race. As soon as the race started, Moon ran very fast and quickly covered the distance on land and dived into the river. Sun, on the contrary, ran slowly with a cunning smile on his face. Moon crossed the river and returned to run back to the mountain base but as he came closer everyone was shocked to see him. He was no longer glowing or looking handsome. As he jumped into the water all the fire inside him extinguished and he lost the shine.

Sun knew this and so he ran slowly.

When Moon came to Earth, excited and happy, as he had won the race, Earth was standing there, upset and angry. She refused to marry Moon saying that she always wanted to marry a handsome and bright young man, not a fool who didn’t look good and did not keep himself well.

Sun always knew that Earth will never marry a dull and weak man so he had smartly chosen the track and deliberately ran slowly.

Hence Earth married the bright and handsome Sun and Moon continued to just revolve around her. 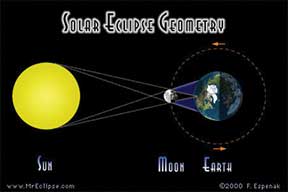 …….Sometimes the earth tries to bring peace between the sun and the moon and comes in between them (in the same plane along the same line), it is on such occasions that we have the lunar eclipse. 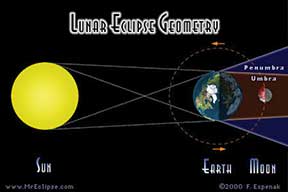 The author has been teaching Physics for 15 years now and enjoys writing, reading and painting. She can be reached at [email protected].