It was just another day, like every other day-physically exhausting, emotionally draining. She was bone tired and almost ready to shut the world from consciousness, but that was not permitted just yet! There was this eight-year old bundle of curiosity waiting to pounce on her with his insatiable list of whys and why-nots. Time to switch over to yet another challenging role. Twenty-four hours didn’t seem enough to do all the things vying for attention and immediate action. Seems daunting? Well, not for Nirupama! This was her world, one she wouldn’t trade for anything. Hers was a world dictated by order and discipline yet unstructured, unruly and free to wander with a leap of imagination that characterized her classes.

But it was different today. A sense of desolation gripped her. She was unreasonably snappy – the slightest gesture of impatience irked her, a slightest increase in decibel level made her fly off her handle, the faintest sign of protest angered her. Everything that seemed routine and normal suddenly seemed dreary and oppressive. Is this what people call “mid-life” crisis? she wondered. Just last week she had entered her 35th year. Her personal life was stable. She ensured nothing came in the way of domestic and filial relationship. This wasn’t a life she had exactly planned for – actually she had never planned life for that matter! Things had always been in a state of flux ever since she had finished high school. She had learned to flow with the tide. And now she was here- married, mother of an eight year-old, settled in a city chosen by destiny. Nirupama was a teacher by profession- something that happened by chance.

An altercation at the workplace was the reason for all the introspection that opened the floodgates of emotions safely relegated to the recesses of the subconscious. This incident triggered an unexpected tirade of self-deprecating thoughts. Being in the teaching profession, which for Nirupama was no less than a calling for more than a decade, the bizarre accusation of her colleague during a bitter spat impelled her to look within and go over her life experiences to see what it was that made her different or at least account for the distinctiveness that seemed to be the bone of contention, as revealed by the ugly incident that she had just encountered.

It all began when Nirupama started getting popular with her students. As a teacher of English, Nirupama’s approach to teaching was non-traditional. To her, the regular teaching period gave an opportunity to explore the frontiers of human knowledge together with her students, push the boundaries of accepted norms, to question established conventions in order to liberate the mind and seek out answers to the big questions of life instead of implicitly accepting what someone else had experienced. The language curriculum transformed into a life-skills programme in Nirupama’s hands. The no-holds barred approach made her classes endearing to her students. Coupled with a sensitive and sensible approach to handling adolescents, the democratic model of learning followed in her classes kept students motivated and interested. For the very same reason, her colleagues started resenting her. Pretty soon, things came to a head and one of her colleagues pulled her into an unpleasant situation she had never before experienced. Out of the blue, during the recess period, her counterpart in the department barged into the staff room, where Nirupama was engrossed preparing for her class, and started accusing her of using unprofessional methods to gain popularity with students and so on. What stung her most was what her colleague had called her. She had said, “You know what, Nirupama, you are such a big FAILURE and to cover up all your inadequacy, you go about painting a rosy picture of life and being upbeat about everything that happens. You think I cannot see through your facade? Just because you are popular with students, don’t presume you can get away with filling their heads with nonsensical ideas and impractical thoughts. The years of effort that we have put in, in disciplining these students cannot be nullified by your utopian ideals! So stop messing with these kids and get on with your life.”

Nirupama was not ready to take malicious accusations lying down. She retorted and the avoidable drama became a juicy gossip item that would be recalled again and again to Nirupama’s discomfiture. To put a lid on her emotions she had to flee the scene. The incident troubled her so much that she wasn’t herself for the rest of the day. Even her students could sense that something was wrong with her. Finally it was only when she reached home, that sanity returned.

It was undoubtedly a meltdown she was experiencing right then. To get a grip on things and clear her head, she called her mom, who was always just a phone call away. Patiently and ever so soothingly, Nirupama’s mom gave her daughter what she needed the most – a patient listening! And thus began the rambling. It went on for about an hour after which Nirupama felt amazingly calm and level-headed.

Having regained her poise and composure, she made the following entry in her journal – a habit inculcated in childhood:
Failures? Nay, necessary setbacks leading to many an epiphany. Yes, that’s what life’s so called experiences give us. Looking back, my life of 35 years on this earthly sojourn, has shown me that had I not encountered those defeating moments, I would have never become what I am today. I am the sum total of what those experiences have taught me. 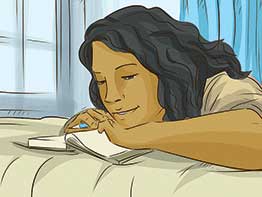 My failure to work with numbers (math phobia) while receiving condescending reproach from my teachers, highlighted in contrast, my knack for languages. My failure to join the Armed Forces landed me in a profession that I now realize was intended to be my calling! My inability to connect with the adult world of peers and colleagues fostered an amazing rapport with my students. My reluctance to be embroiled in the mundane niceties of socializing which is perceived by many as ‘reticence’ – a drawback in today’s communication savvy world, has been responsible for my plunge into the inner world of reflection and contemplation. Intrapersonal at the expense of interpersonal? All these tangible examples of perceived failures taken per se could result in acquisition of dampening and, to most people, soul-shattering attitudes. That is so because of the overdue importance given to accomplishments and being too hard on oneself and punishing oneself for not having reached the expectations one sets for oneself? Sounds familiar? Well, such had been my attitude to the myriad life experiences I have had until it started dawning on me that my one and only failure had all along been the failure to see life’s many learning experiences as unsuccessful attempts instead of opportunities to see things in the right perspective. Maybe failures are not failures at all but successful indications of where we are headed, not necessarily the right direction of our designed destiny. They are signs that scream out loud and clear that something better is in store for us if we can only get over the disappointment of not achieving what we had set out to in the first place. Trying to look back at my own life objectively (if that is be possible) I see a pattern – a pattern of what seemed failures at that time inextricably weaving a rich tapestry of learning moments leaving a trail of signs to be recognized later as the path to self-discovery.

Mistakes become failures when they are not seen and utilized as opportunities to think, reflect and act. Failures are not necessarily setbacks. They are in fact wake up signs to help us take stock of situations and circumstances that seem to be at war with our inner world of desires and aspirations. They provide a much needed compulsion to prioritize our needs and realign our goals in tune with the guiding principles of righteous living to ultimately fulfill our destiny.

Today, I am a contented person. I am an educator by profession privileged to interact with unfettered minds, unrestrained to explore, dream and chart their own destinies by virtue of understanding who they are and what they want from their lives and what they can do to make a meaningful contribution to enrich other’s lives as well. I feel blessed just to be a part of the innumerable incredible journeys of self-discovery as my life intersects with those I ‘teach’ every single day. The wealth of experience and insights gained in the process is unparalleled and beyond comparison. I cannot think of a more fulfilling and satisfying way of devoting my time and energy and reaping invaluable rewards seeing the huge potentialities of my students manifest themselves, filling one with wonder, hope, and optimism.

I am at peace with myself, having found at last my true calling, discovering the joys and responsibilities of motherhood, taking in platitudes of life with gratitude and a sense of humility, sensing the beauty that abounds in everything we do and looking closely for signs to lead me to my destiny. Life seems to have come a full circle after a series of trials and errors and making good use of my deemed failures!”

The purging effect of the writing had restored Nirupama’s sense of balance and equanimity. Gearing up for yet another promising day she retired to bed.

P Ajitha teaches at Delhi Public School, Coimbatore but prefers to call herself a co-learner in the journey of self-discovery she embarks with her students. She can be reached at ajithapaladugu@gmail.com.