The learning of social studies is a vital component in our education system. It bridges various subjects, such as the languages and science. It exposes students to the elements of governance, citizenship, environment, culture and people and promotes skills of critical thinking, decision-making, and leadership. However, despite its potential in transforming students’ lives and perceptions, it is not regarded as a subject of prime importance. Students often find it hard to connect their learning with real life experiences. So, the learning remains at the level of factual understanding and is not application based. As a result, students find it boring and less meaningful compared to other subjects.

Against this dilemma, I carried out an experiment of teaching and learning social studies using the fieldtrip method. The two-day trip was organized for teachers of primary and upper primary sections at SN Kansagara School, Rajkot (Gujarat). The trip was organized to Dholavira, an Indus Valley site that flourished in the late 3rd millennium BC and early 2nd millennium BC in the Kutch region of Gujarat. 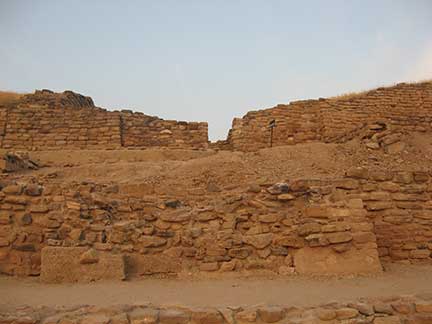 Dholavira
Situated in a corner of a large island called Khadir in the Great Rann of Kutch, Dholavira was one of the five major cities of the Indus Valley Civilization. Dholavira had a three-tier planning model consisting of a citadel, middle town, and the lower town. The citadel, which is located over a high mound, can be seen from miles around. Apart from elaborate houses of the elite, the citadel also contained water cisterns, pillars, and a range of other features. The citadel was attached to a chain of large reservoirs, which stored rainwater.

Next to the citadel was the middle town which was characterized by long and arterial roads intersected by small lanes and by-lanes. On both sides of the main arterial road were the city’s bustling bazaars, selling a range of Harappan craft, grains, pottery, jewellery, and so on. All the houses and shops had elaborate drainage, yet another unique feature invented by the Harappans. Beside the middle town lay the city’s lower town where service providers to the city’s elite lived.

The village of Dholavira has about 1,000 households. The local communities (mostly farmers and pastoralists belonging to the Ahir, Meghwal and Rabari tribes) live in areas that have difficult terrain and extreme climatic conditions. The farmers depend mostly on rain-fed crops and seasonal desert vegetables. The cattle form the animal wealth, followed by sheep and goats and a few camels. The village, like other parts of rural India, is infested with social and cultural issues like untouchability, gender bias, community conflicts over resource utilization or allocation, etc. The literacy rate is also low.

However, against all these odds, the local communities have beautifully adapted to the local climate and terrain. There are inter-dependencies among communities on land utilization, resource allocation and to meet other domestic and cultural needs. 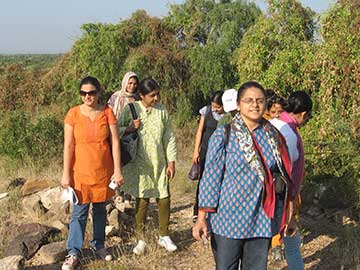 The field trip
Twelve teachers were selected for the two-day field trip (all involved in teaching social studies at primary and upper primary levels).The teachers were divided into four groups and each group was assigned a small ’Enquiry Project’ at Dholavira, which was due on Day Two of the field trip. The projects were classified as Group A – Subsistence Farming at Dholavira, Group B – Animal Herding at Dholavira, Group C – Material Culture and Domestic Architecture at Dholavira and Group D – Folklore, Oral History, and their Relation with the Archaeological Site.

On Day One, the teachers were exposed to the remains at the archaeological site – its overall plan, origin, history, architecture and what aspects of the Harappan society can be learnt by looking and analyzing the site’s plan and the structures found.

One of the key focuses of the training was on archaeology and complex society. Archaeology is the study of ancient and recent human past through material remains. Archaeology offers a unique perspective on human history that has contributed greatly to our understanding of both the ancient and the recent past. Archaeology helps us understand not only where and when people lived on the earth but also why and how they have lived, examining the changes and causes of change that have occurred in human culture over time, seeking patterns and explaining everything from how and when people first came to a region to inhabit to the origin of agriculture and complex societies.

Dholavira, a classic example of an early complex society, a parallel of which is found in the present village system of the region, was discussed in detail with the teachers. Teachers were also allowed to do a bit of mapping and sampling on the site but strictly informed not to pick up any objects since it was a protected site.

On Day Two, the teachers carried out their enquiry projects in the village.

Group A (Subsistence Farming) explored the native plants that are edible and used in the local cuisine, plants that grow seasonally and plants that grow throughout the year, how people manage their subsistence throughout the year, the traditional method of farming, their land selection practices, annual production of crops and vegetables, what they do with the surplus and when there are deficits, the impact of global climatic change on their life, introduction of modern techniques of farming, etc.

Group B (Animal Husbandry) explored domesticated animals, their role in farming, transportation, how people breed animals, range of products and by-products that animals provide, revenue generation from animals, traditional knowledge system that help people to solve problems related to animal diseases and the cultural aspects of animal herding (such as worship, rituals, etc.) and different animals kept by different communities.

Group C (Material Culture and Domestic Architecture) was asked to explore different types of domestic architecture by different communities, the material used, the utilization of space within the household, modern trends in the construction of dwellings, how the traditional dwellings helped people to deal with the harsh climate of the region, traditional material objects, the modern trend of material culture, material culture vs. wealth and status of the village households, etc.

Group D (Folklore and Oral History) explored local stories, myths associated with the archaeological site of Dholavira, oral history of the living people, how they commuted in the past, their folk deities, some memorable experiences when the site was under excavation, what steps were needed to preserve the heritage site, etc. 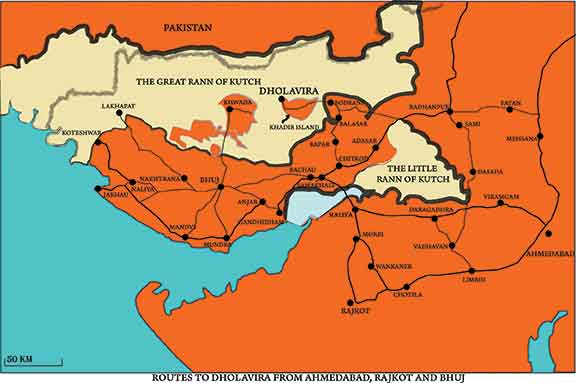 Findings
In their enquiry, group A teachers discovered how communities adapt to the harsh living conditions in arid climates. Seasonal vegetables are extremely rare and therefore people dry the locally grown vegetables and make curries. They depend heavily on dairy products for nutrition.

Group B teachers discovered that cattle, sheep/goat, and camels are the domestic animals though specific communities rear them. For example, camels are owned and used only by the Meghwal community, not all. However, they supply milk collectively to the collection centers.

Group C teachers found that only the Meghwal community lived in traditional bhungas, circular mud houses, and the rest in concrete structures. They noticed how the spaces for different purposes such as cooking, rituals, animal keeping were utilized. Only a few families were left using local resources to erect their houses and there is a trend of building concrete houses and possessing gadgets typical to urban living.

Group D used oral history as a tool in historical enquiry. They found that many of the community members had migrated from Rajasthan and Sindh in recent times through pastoral activity.

These enquiries were quite engaging for all the teachers. They provided deeper insights into the concepts that they taught in their class. They also started appreciating the holistic nature of social studies.

After the enquiries were made, there were inter-group discussions and brief presentations. A village lunch completed their experiential learning trip.

The author is an archaeologist by training from Pune’s Deccan College Post-Graduate Research Institute and an educationist by profession. He works with Educational Initiatives (www.ei-india.com) and lives in Ahmedabad. He can be reached at jitumisra@gmail.com.