It all began on a historic day for India – Dec 6, 1992. For the country it was the demolition of Babri Masjid; for me, it was the first time that I set foot into the Indian Statistical Institute campus. It was the Regional Mathematics Olympiad (RMO). I made it to the INMO training camps twice – in 1993 and in 1994 – but didn’t make it to the team. But it paved the way for me to be immersed in math henceforth in life. More on that later.

The credit goes to my mom, who spotted a tiny announcement, inconspicuous in an inside page of a Bengali daily. She wanted me to appear for the Olympiad; we managed to overcome various odds including a missed deadline and I finally appeared for the RMO on that fateful day.

There were nine questions and three to four hours of time. I think I solved three or four of them. These questions were quite different from what I have seen elsewhere – textbooks, board exam or even other talent exams and quizzes. After a few months I got selected for the Indian National Mathematics Olympiad (INMO). Around 30 students were selected from West Bengal for this second round. Each state had its own quota. INMO had nine questions again and the time was about four hours. I don’t remember how many I answered but definitely not more than four or five.

The last question was particularly interesting: Show that there exists a convex hexagon in the plane such that (a) all its interior angles are equal, (b) all its sides are 1, 2, 3, 4, 5, 6 are in some order. Growing up with Chinese checkers, I had the triangular grid in front of me. Intuitively I knew that 2, 6, 1, 5 will be the order for four sides. But I was not sure of 3 and 4. So, I essentially used a few pages to draw regular hexagons of side 6 and then slice them off. After a few trials, I had the desired polygon right there! But then I was utterly confused. I had not written a single word. Does this constitute an answer? Being a student of West Bengal State board, I couldn’t risk leaving it so wordless. So I made some observations and jotted them down.

After a few months, I got selected for the Training Camp (IMOTC) at the Bhabha Atomic Research Center (BARC). Incidentally, this was just after the Bombay blasts and though my dad was not willing to let me go initially, some friends managed to convince him otherwise.

It was a five-week stay at BARC. A magnificent campus with trees and high-rises. There were 30 of us from around the country. After one week we were joined by 20 more of the previous batch. Together there were three girls and 47 boys. This was the first time I was away in a hostel with students of my own age – and brilliant ones. We made friends and soon realized that we were more comfortable in English than in Hindi.

There were classes and then there were tests. Just like RMO and INMO – few questions and lots of time. We were also given many books. I found the geometry easier to grasp. Combinatorics was okay. Number theory was brand new. I enjoyed how various tools could be employed to solve a problem, especially the use of coordinate geometry and how problems on numbers could be solved with algebra.

At the same time, we learnt about the differential treatments we faced state-wise. We had no support, whereas the Maharashtra students had camps before and after the RMO! We also got to know that the syllabus varied State-wise. West Bengal was strong in geometry while Maharashtra was strong in number theory.

However, being on my own and having made friends to hang out with, I slept very little and by the end this impacted how much my brain could take. I celebrated my birthday outside home and later congratulated those who made it to the six-member Indian team. We were told that no Indian participant had returned empty handed, i.e., each got at least one medal in the few years he represented the country. And yes, we were yet to have a girl in the team. 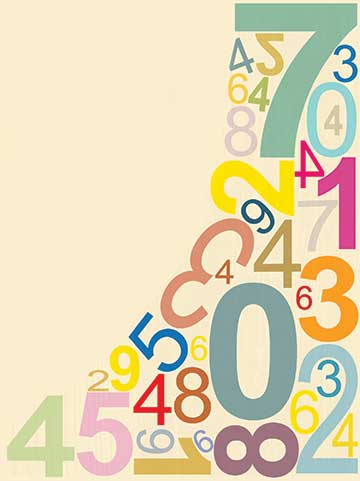 Post camp, we got problem sets sent to our homes. We had to solve them and then send them back by post. In those pre-mobile and Internet days, we got to know that not all of us got all the problem sets. I made it to the camp again in 1994. Since this time I was a senior, it was four weeks long. And the venue changed to the Indian Institute of Science (IISc).

In many ways, this camp was not great. At BARC we were all housed in the same building. So we could discuss among ourselves as much as we wanted. In IISc, the boys’ campus was far away from where the three girls were placed. Again it was one senior (me) with two junior girls. Both had their moms stay over with them! In addition, none of my batch-mates who were friends with me made it to the camp. So even though I focused more on the study, it was difficult to do it alone.

However, there were two highlights of the second camp. First, this was the time when we had appeared for various entrance exams – IITJE, state JE, and ISI entrance – and were awaiting results. I had consulted many professors and all had advised me that B.Stat-M.Stat at ISI was a better option than the integrated math in IIT. I was not happy with how I did at the ISI entrance. I had solved three out of ten problems and figured out the solution of one more in the bus while returning home! However the then director of ISI was at IISc, since his son was a junior in the camp, and kept assuring me I would make it to the ISI interview. And I did! We didn’t know that at that time it was an unwritten policy (now written) that those who make it to IMOTC get to appear for the ISI entrance interview.

But the best part was the second highlight: one day in class, the professor gave a more polished proof for the last question in INMO. He basically took an equilateral triangle of side 9 and chopped off similar triangles of side 1, 2, and 3 from the 3 vertices. And what was left was the desired hexagon. Then he mentioned that this was inspired by one of our solutions and asked who gave it. I rose and he applauded that it was a proof without words (PWW). I now know how rich PWWs are and the many advantages of such proofs. For me it is also a great illustration of how games can play a crucial role.

It has been 20 years since then. We have got female representation from India, we have pre-RMO camps in West Bengal and there is much more awareness about these Olympics. As the current coordinators say: Olympiads after all are like sprint, you have to solve problems within a time limit. But to be a mathematician, you need to be a long distance runner. It is very important that students who are good at math and love it, their parents and teachers understand this difference.

The author has been doing mathematics with children and teachers for more than seven years and is deeply interested in anything hands on, origami in particular. She can be reached at swati@u.washington.edu.