I used to think critics have it easy. They’re paid to give their opinions, and if this arrangement was not wondrous enough, their opinions are usually valued/accepted. (A particular friend of mine refuses to as much as look at Sterling Cinemas before scrutinizing every review of the latest release). So initially, when I began to review five essays as part of my Coursera assignment, I felt like a member of this prophetic subspecies of humanity who shaped fate and Box Office collections with a nod of their heads.

For those who are unacquainted with Coursera, it’s a company that allows people to take free online courses from the best universities in the world. It offers courses on almost everything from Macro Economics by Wharton to the History of Rock and Roll. On completing the course, the student gets a certificate that boosts his/her resume marginally. What Coursera really offers you is a chance to study anything at all, even subjects that don’t necessarily coincide with your chosen field. Which is why, despite studying accounts and finance, I signed up for a course on Greek and Roman Mythology by the University of Pennsylvania. I delighted in watching the video-lectures, made notes, and aced the weekly quizzes. Then came the written assignment. 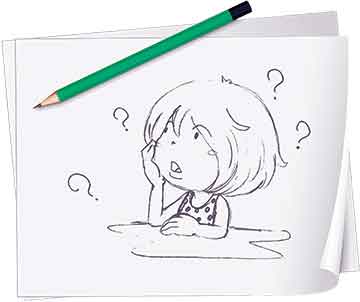 Coursera has a uniquely terrifying system of peer evaluation. A student has to grade essays written by other students. I read the first essay – a functional analysis of the Odyssey – and scrolled down to the questions. “Did the essay answer the question asked?” Well, yes, but how many marks to allocate? Not a zero, but a full two was too generous – it didn’t exactly follow instructions, but surely some degree of creative interpretation should be permitted. It was a good analysis, but different from mine. And if I didn’t know how much deviation from the question was allowed, how could I judge this one! I swore I’d come back to this question and scrolled down to question two.

“Use of Language.” This was easy, the grading rubric provided clearly specified the academic language needed. This language wasn’t too formal, but the student got the point across. Not enough quotations, but how much was enough, anyway? What if this person was Polish and there, this was considered academic writing, then how could I judge this one! I swore I’d come back to this question and scrolled on.

I didn’t evaluate a single essay. The responsibility of someone’s grade weighed heavily, especially when I remembered that my own work was out there somewhere. It’s much easier to throw around an opinion when no one’s grades are linked to it.

Thankfully, Coursera has discussion forums. Students start forums on different subjects related to the course. (My favourite was a forum on famous artwork illustrating the epics we studied). Within two hours of the ‘evaluation of essays’ announcement, a forum had been started called ‘peer grading’ or as I affectionately referred to it: first-time-students-who-have-no-idea-what-kind-of-language-is-considered-formal-in-Poland. This was a forum for any sort of difficulty in grading. There were people like me, who didn’t know what basic standard was expected, and people with more fundamental issues, like essays written in Russian, essays without reference numbers, and an essay that was supposed to be about the Odyssey but was actually about the World Cup. The biggest challenge was with students for whom English was a second language. We couldn’t identify them while grading, and it was difficult to find a way to award marks without ignoring the language requirements. Difficult, but with the forum’s veteran course-takers, we managed to find one. In the end, I even graded an extra essay.

Coursera can teach you about any subject, but above all, it teaches you to evaluate everything in a way that’s honest while making allowances for inherent limitations or an unusual opinion.

It teaches you to be fair.

The author is pursuing a degree in Accounting and Finance and she is halfway through her second course at Coursera. She can be reached at shriyaravishankar1@gmail.com.