As a kid growing up in the 1960s, ‘Come September’ was one of the few Rock Hudson starrers that my father ever took me to. The romantic comedy, not surprisingly, failed to make an impression. When a boy of eight goes to see a movie, he wants to feast his eyes on action. He wants to see the hero flex his muscles every now and then. He wants to jump up and down on the seat as the hero makes mincemeat of the villain and his cronies. He would like the director to pepper the film with a lot of ‘dishum, dishum’: fists flying and the occasional gun going off. Unfortunately, ‘Come September’ lacked the essential ingredient of a good film – a villain. Instead of flying kicks, the film seemed to specialize in flying kisses. The handsome hero wasted a lot of his time, as it seemed to me then, wooing the woman of his dreams. Now, older and wiser, I realize that the heroine of the film, the scrumptious Gina Lollobrigida, was definitely worth pursuing. But as an eight year old, both she and her meaningless romance with Rock Hudson left me cold. The film would have been permanently erased from memory had it not been for the truly amazing music provided by the Ventures. The title track went on to become a classic, and the film made me a life-long Ventures fan.

Just as the movie failed to impress me, the month of September failed to inspire the Romans. If one could think of the period between January and August as being the rise of the Roman Empire, post August was definitely its fall – at least when it came to choosing apt names for the months that followed. After renaming the months of July and August in honour of Julius Caesar and Augustus Caesar, the Roman Senate, much like the Parliamentarians of today, fell asleep at the switch. They seem to have packed their bags and gone on a ‘Roman Holiday’ in anticipation of the long winter ahead. How else would you explain the name ‘September’? The word ‘septem’ comes from the Latin ‘septa’ meaning ‘seven’. So the name September suggests that it is the seventh and not the ninth month of the year. This makes sense if you recall that prior to the adoption of the Julian calendar, for Romans, March was the first month of the year – which made September the seventh month. If the Romans had any sense, September should have been renamed ‘November’; the Latin word ‘novem’ means ‘nine’. But the Romans decided to stick with the earlier names. 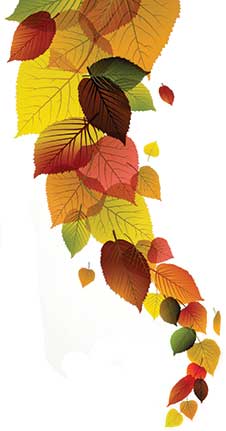 For people belonging to our profession (teaching), September is the month when the country does its token bit to give us the feeling that we are the moulders of young minds and that the future of our nation rests on our not so broad shoulders. For the rest of the year, we are often reduced to a villain or a victim: the media take impish delight in carrying stories about how dictatorial and insensitive we are, while students make use of us as the occasional punching bag. Our career as a teacher is unlikely to have a fairy tale ending; chances are remote that we will experience the high that the main characters did in films like ‘To Sir, with love’, ‘Mr. Holland’s Opus’ and ‘Goodbye, Mr Chips’. When we retire, very few among us will get the kind of teary-eyed send off that the teacher in ‘Mr. Holland’s Opus’ did. It is very unlikely that a former student of ours standing in front of a packed auditorium will say: “There is not a life in this room that you have not touched. Each one of us is a better person because of you.” The chances of any of our students breaking into a song, as Lulu did in the old classic, ‘To Sir, with love’, are slim to none. Our needs at the time of retirement will be much simpler – our Provident Fund cheque or news from the Principal that our pension papers are in order. In the immortal words of the main character in the film ‘Jerry Maguire’, we will be singing in chorus, ‘show me the money’. Then, we will quietly fade into the sunset. Till such time, however, our life in the educational institution will be similar to that of the woodcutter’s in one our ancient stories.

The story goes that a woodcutter was gathering wood in the jungle when a tiger started chasing him. The terrified man ran till he came across a deep pit, and hurriedly climbed down holding on to the tufts of grass and plants that grew along the sides. Half way down, the woodcutter heard hissing sounds coming from below; looking down, he saw several coiled snakes eyeing him rather suspiciously. With the tiger still growling at the top and the snakes hissing at the bottom, the woodcutter decided to wait it out by remaining in the middle. As he held on to the branch of some plant and a tuft of grass, he heard a strange noise. Looking up, he saw that rodents were chewing away at the grass and plant he was clinging on to for dear life. The despondent woodcutter looked up to the heavens and shouted, “Dear Lord, What is this life?” At that moment, a drop of honey from a beehive that was hanging on a tree above the pit fell into the woodcutter’s mouth. Tasting the sweet honey, the man purred with satisfaction.

Like the poor woodcutter, we teachers too are caught between a rock and a hard place – between what may seem as an unsympathetic administration and students who are least interested in what we are saying. But every now and then, providence sends us a drop of honey in the form of a student who is truly interested in learning. This special individual will make us feel like a million dollars and remind us why we took to the profession in the first place – for the sheer joy of it. Until then, we must do what every good teacher does – bite the bullet and soldier on.